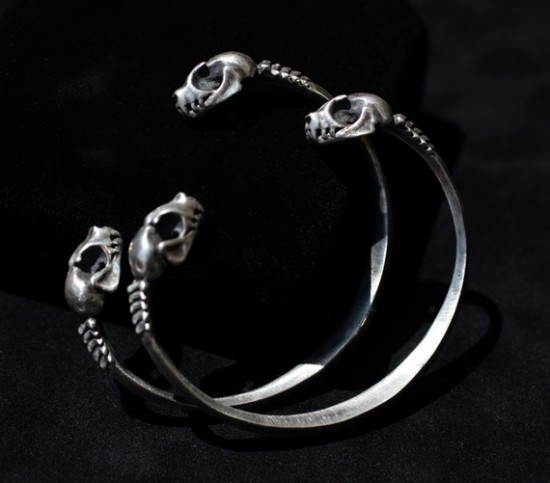 If you throw a rock into a group of ten artists from our humble toy art scene, you will hit ten people who also possess “supertalents” in other artistic arenas. Case in point: Former creative director of Rocketworld toys (not to mention an innovative, independent fine artist in her own right), Stephanie Inagaki recently launched her own jewelry line, Miyu Decay on etsy. The range features hand-cast sterling silver bat skulls and “old world elements”. I want to be bold and say I could pull off wearing this jewelry because it’s so striking and so zymoglyphic. Alas, while I’ve got a couple CDs by goth art band, Cinema Strange, I haven’t got his looks. (You’ll have to go to etsy to see what I’m talking about, unless of course, you too, just started hearing “Lindsay’s Trachea” in your head…) 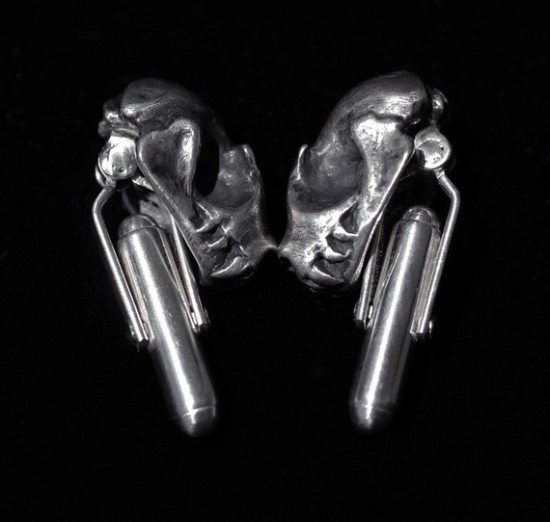 Stephanie describes her inspiration as following the “simplicity” of Tuareg design, which is to say: geometric and utilitarian with a mix of traditional symbols and natural colors. And everybody knows (at least all current and former goth kids know) that the best way to start a new endeavor is with a bat skull. Writes Stephanie: “Every bit of the wee skulls are handmade!” This really is an interesting and successful follow-up to the silver Rocketworld logo skulls she debuted last year. I look forward to what else she has in store. I know these are right for some of you out there. Check ’em out here. Congrats, Steph!