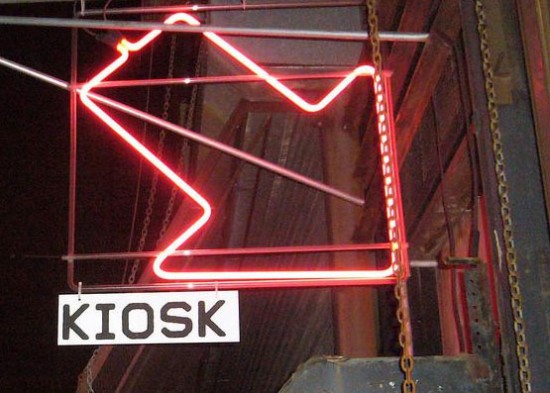 New York’s KIOSK has turned their shop full of objects into a full-fledged objective:

It’s soon time to VOTE and there is only one man with a plan, OBAMA. What can we do? Each of us? At KIOSK we made OBAMA 2012 souvenirs, 5 of them. Made in the USA. Make a donation, based on the value get one souvenir from us. All profit goes to the campaign. Thanks. VOTE and VOTE for OBAMA.

Last week, KIOSK’s owners, Alisa Grifo and Marco ter haar Romeny, released their collection of kitschy election souvenirs, and I love it. For instance: the “We Shall Over Comb” comb. Ha! A pun for the pundits! 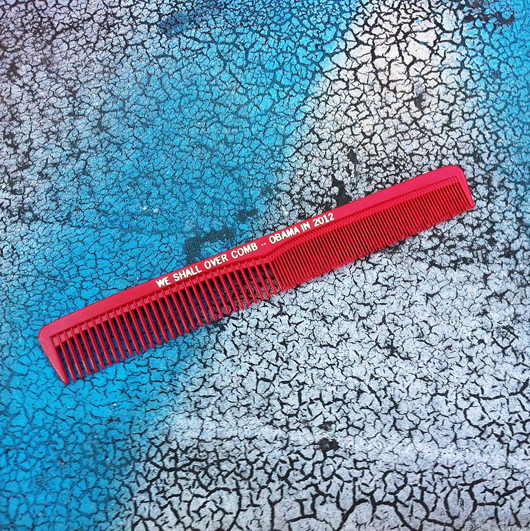 Grifo and ter haar Romeny sourced all of their Obama souvenirs here in the USA. I repeat: this sweet Balsa wood flier was not manufactured in China; it was made in Massachusetts. (Looks like the airplane artisans don’t think their former governor is so fly, eh? BURN!) 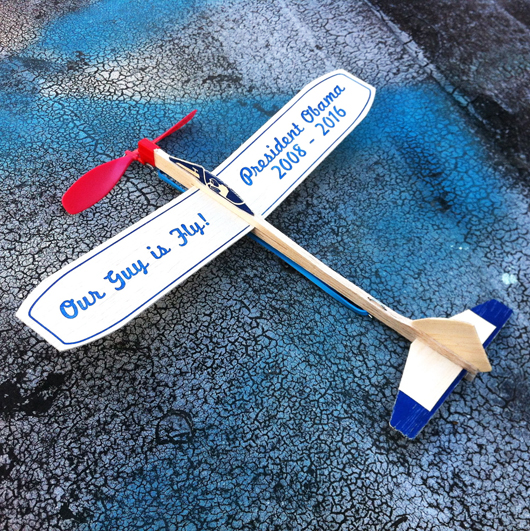 Grifo hopes the KIOSK election ephemera will give voters a little push. Or perhaps a little paddle? Regarding this “Gawd Damn Mitt” paddle ball set, she writes: “Spank it. The polls are showing things are close; take out your aggression.” 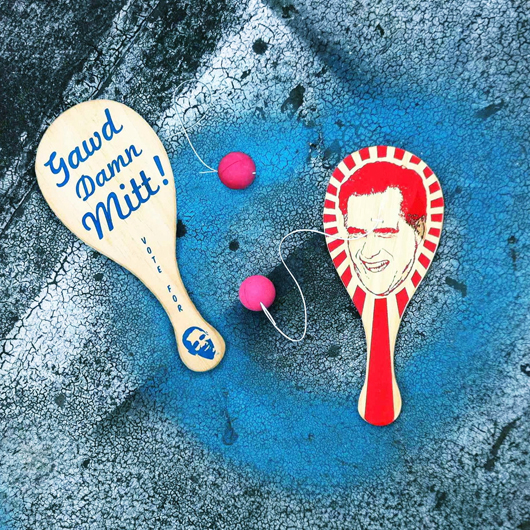 I feel pretty aggressive any time I see, hear or read about Mitt Romney. There’s no telling what I’d do with a paddle. Perhaps I’ll stick to a souvenir from the hygiene department, like these three patriotic toothbrushes. Bonus: if things get ugly, and I end up in jail, toothbrushes double as shivs! Grifo adds: “If Romney wins, we’ll have to produce a toilet plunger.” Say no to stopped up toilets! 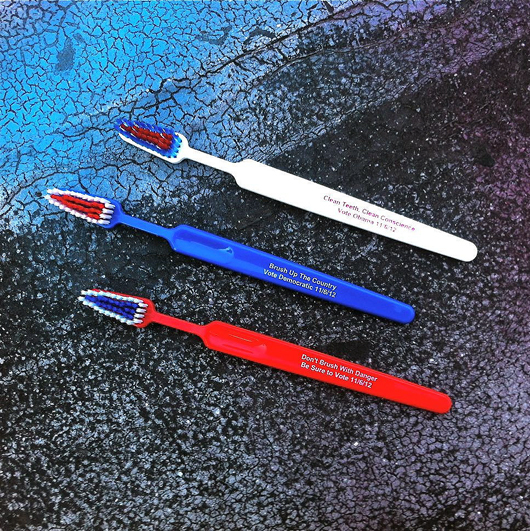