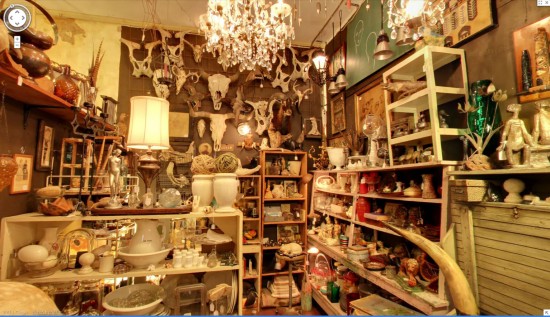 Do you ever feel like going for a walk, but you’re a) waiting for UPS to come by with that signature-confirmation-required toy you won on eBay or b) too phobic to actually leave the house? If you answered in the affirmative, you’re probably already acquainted with Google street view technology. Now, they’ve turned their 360-degree cameras on businesses, offering incredibly complete interior views of local restaurants, hotels, shops and other companies. The new service will eventually be integrated with Google Maps and Street View, letting users “virtually walk inside shops from nearby streets”. Whoa! 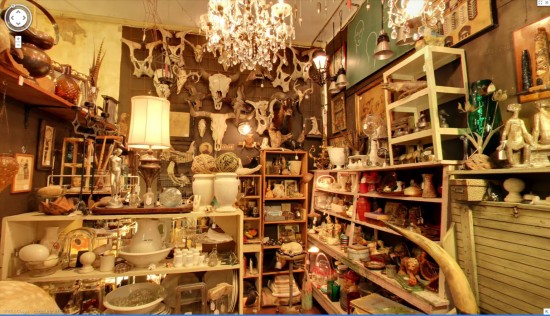 I’ve just been virtually strolling around Uncommon Objects, a curiosity shop in Austin, Texas. You can join me inside here. 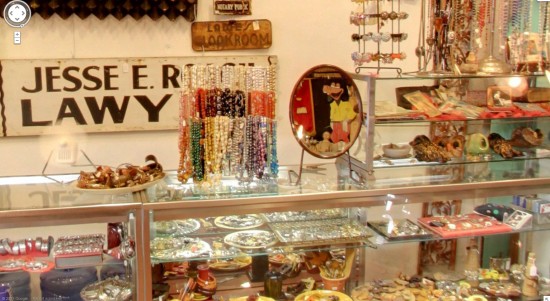 I wanted to see what was being reflected in that mirror on the counter top. I zoomed in, and then I realized: I could just spin around! 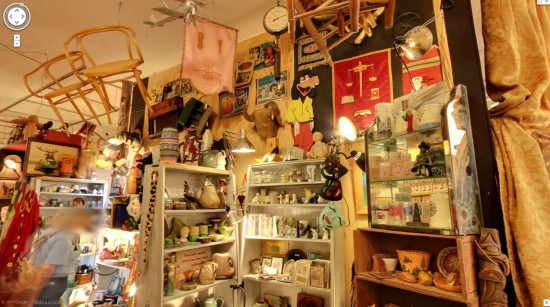 Google is focusing on independent companies (rather than large-scale chains) and is currently scheduling visits through the United States, UK, France, Japan, Australia and New Zealand. Global art toy retailers alert! You can apply for a photo shoot through the Business Photos Project Page. Do it!!!