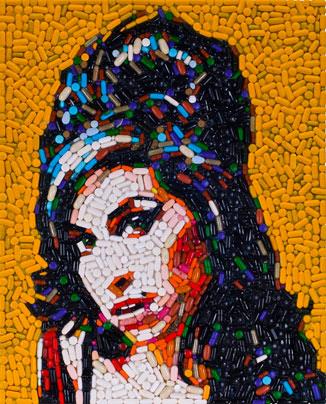 Out of the five pill-based mosaics meticulously crafted by San Francisco-based artist Jason Mecier, three of his subjects have since shuffled off this mortal coil. Both Michael Jackson and Heath Ledger died from misusing prescription drugs. Most recently, Amy Winehouse made an early exit, following a sad several-year period that in retrospect was not unlike watching a snuff film. Astonishingly, though maybe not really, Courtney Love and Kelly Osbourne are still standing. It’s not great odds for the remaining pair, but Osbourne seems to have cleaned up her act, and well, Courtney Love is a survivor. 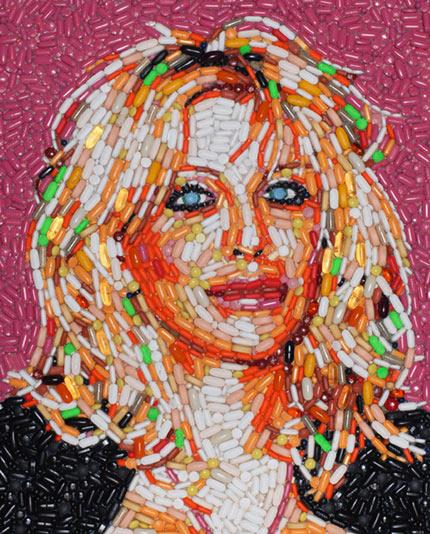 Back to the art… In addition to pills, Mecier makes his portraits using food, candy, yarn and even detritus sent to him by his subjects.

“I enjoy trying to match the perfect items, colors, and themes with the essence of each unique subject,” says Mecier, who counts among his prized possessions “a bong Parker Posey gave me that she made in her pottery class.” Each portrait takes at least fifty hours, often more, and you can commission your own starting at $1500.

Click through for pill portraits of The King of Pop, The Joker and Fashion Police. 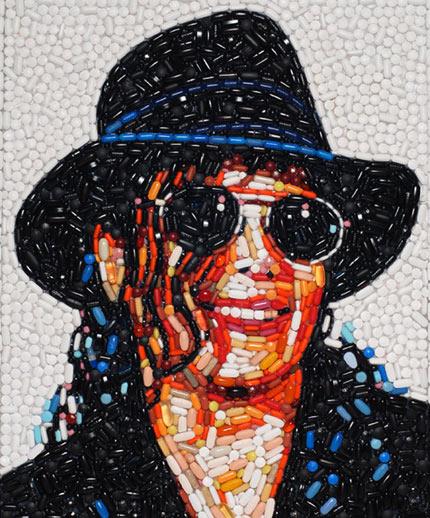 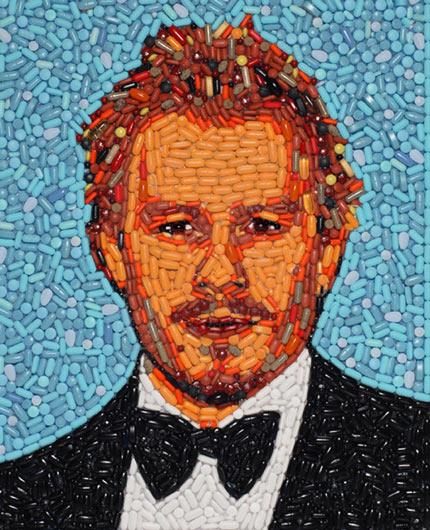 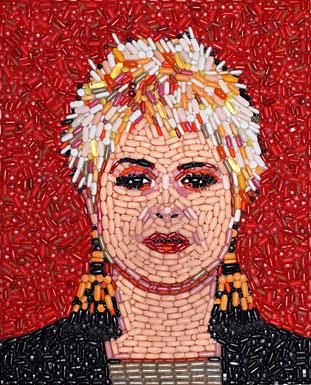