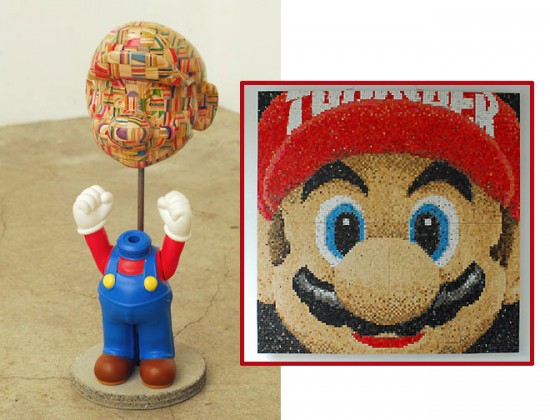 Haroshi turns old skateboards into beautiful popjects. His skill is epic, and yet, he’s had no formal art training. His education comes from skating.

If there are tricks that are hard to pull off, eventually you can land them after practicing a lot and not giving up. I learned a lot from skateboarding, but most importantly, it was the whole mentality of “Do It Yourself”… and of course I definitely don’t forget the humor and fun behind it all.

Patience and humor: not sure they even teach those subjects in art schools. 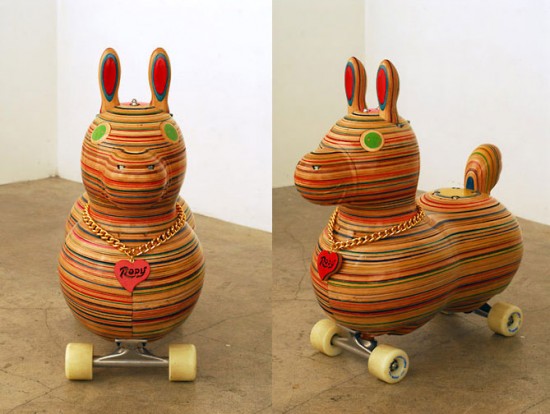 It’s true that skate decks are more often than not viewed as not useful anymore, but there’s true potential in making the skateboards into something beautiful again. I also have this profound respect for sneakers with their well-worn uppers and skateboard decks with their cuts and scratches.

His Dunks are pretty famous. They made the rounds in the blogosphere. I think these particular kicks live at Nike HQ. 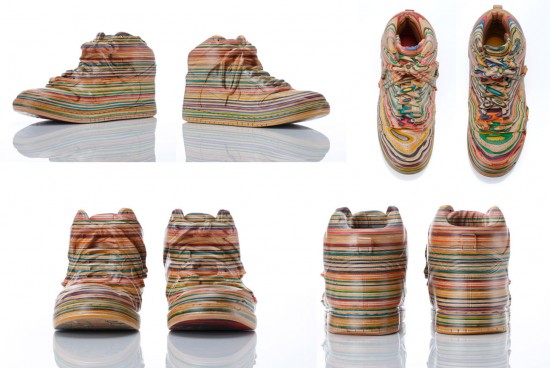 It gets even more amazing when you think about Haroshi’s methods. Unlike an additive manufacturing technique (like 3D printing), Haroshi’s process is subtractive. He starts with a block of wood and carves it by hand with a Japanese knife. The length of time he spends on each piece differs based on its complexity. The Nike Dunks (above) took 3 months, while a smaller objects could take only two weeks. 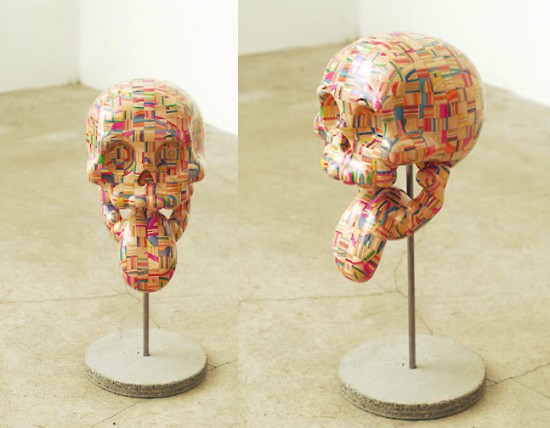 I hope I can eventually see the new recycled skateboard deck sculptures by Haroshi in person. I bet there’s a warmth to them that you can almost feel. The colors and contrast form patterns and layers that are, in skateboarder parlance: SICK! Each layer is deliberately placed, and Haroshi uses no paint. He’s not worried about running out of colorful decks either, since he’s stockpiled over a thousand of them.

Click through for more new recycled skateboard deck sculptures by Haroshi, or click over to Hypebeast to read the rest of their interview with him (from whence I got my infoz). 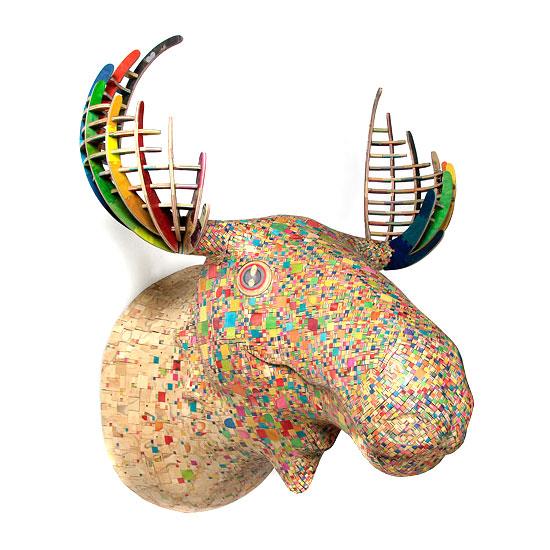 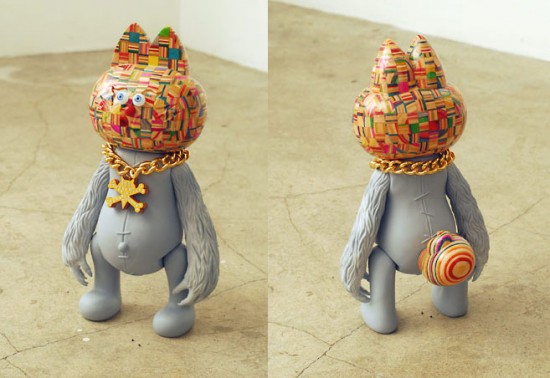 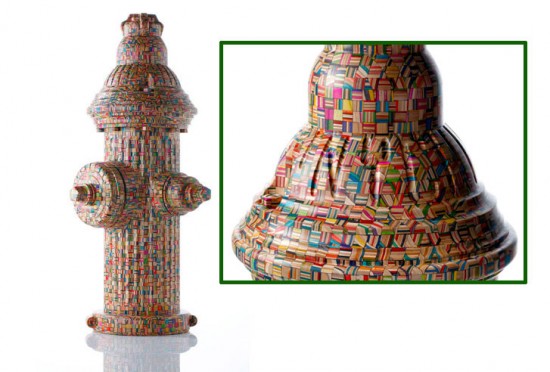 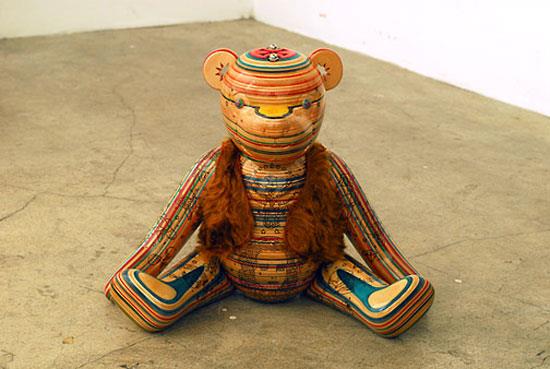