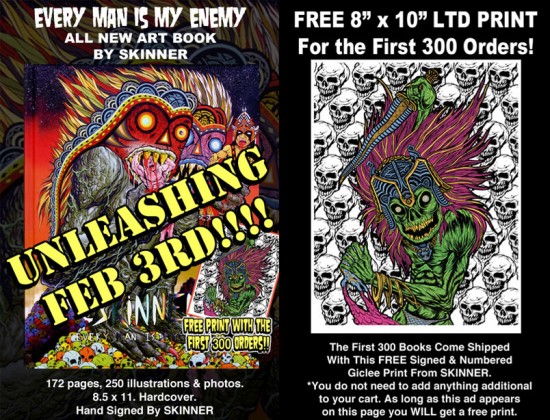 SKINNER‘s eagerly-anticipated new book, Every Man is My Enemy, will be released this Friday, February 3rd on ZEROFRIENDS.com. The following afternoon, February 4th, from 2-3PM, SKINNER himself (the man, the mystery) will appear (likely from a cloud of smoke) in person at the ZEROFRIENDS Oakland outpost for the official “release/selling/signing/high-fiving event”. Anyone who buys the book in person on Saturday is eligible for a free Butcher Kings zine and a free 8″x 10″ signed and numbered Skinner giclee print. 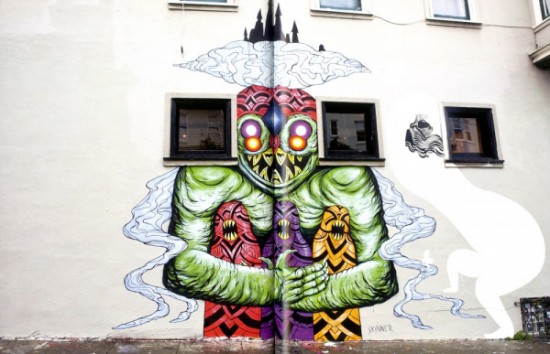 The 172-page hardcover book contains 250 illustrations and photos. Each copy is hand-signed by SKINNER. I’ll see you there! 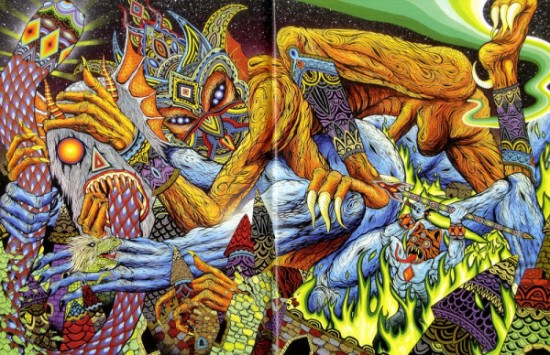 Click through for a couple early critical reviews  and a few more peeks inside.
Quoth Alex Pardee:

“Published by Gingko Press & Zerofriends, the book is completely insane in the best way possible. But don’t take MY word for it, because I am biased, as Skinner and I trade illegal skin and stab each other with WarSwords and Ice-Lasers on a regular basis.” 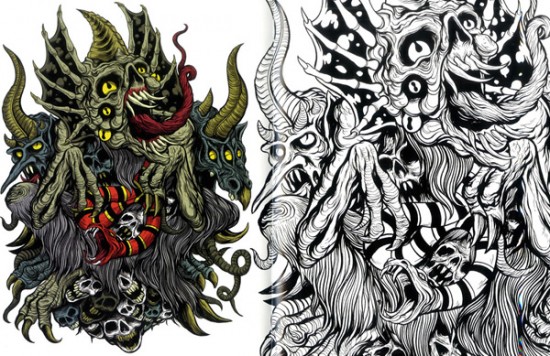 “Remember that metal-influenced dude that sat next to you in class that, Instead of working on whatever stupid school assignment was handed out for the day, he drew goblins and wizards with snakes for eyes? Well, Skinner is that dude, only he MASTERED that shit.” 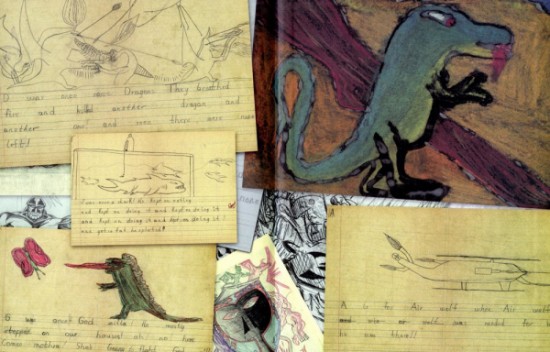