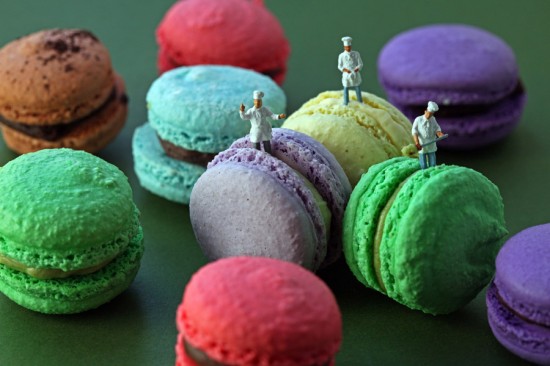 In what is quickly becoming a new favorite genre around here, these Disparity photos by Christopher Boffoli add more fodder to the food art tag. 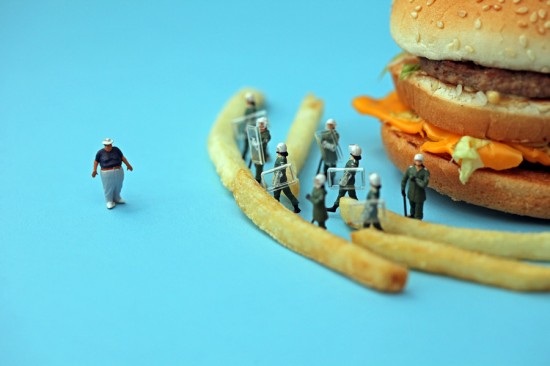 I’m guessing that the series is titled Disparity due to the disproportionate size of food to people in Boffoli’s images. Boffoli is something of an expert in miniature vignettes, having also done a series of tilt-shift photography. 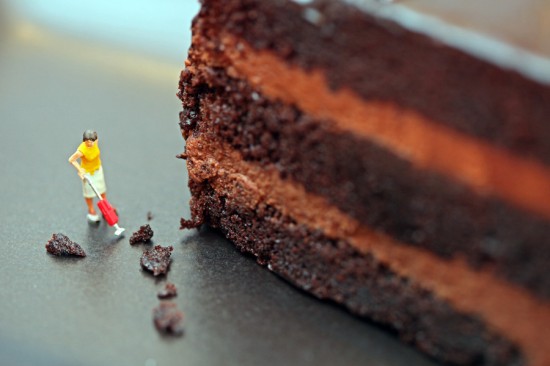 Although I’m quite happy to stare at a photo showing delicious candy corn as far as the eye can see, I think the Disparity series is at its best when the image also presents another kind of disparity: that of the have’s vs. the have nots. Boffoli captures this with his photo of a lone woman cleaning up crumbs from a giant slab of chocolate cake. 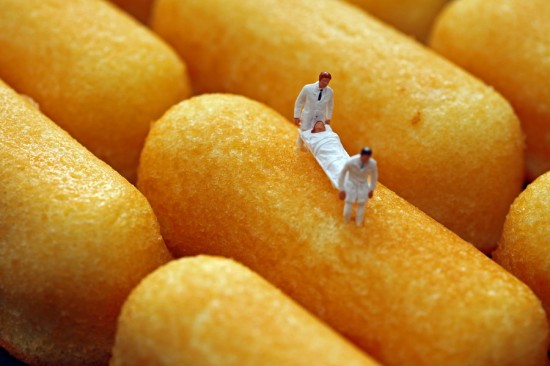 There’s also the disparity between what foods we should consume and what tempts us on the shelves at the supermarket. Twinkie Field Casualty depicts this disparity.

(I wonder if the mini-figures are hand-made or pre-fab?)

Click through for a selection of my favorites, and make sure to visit Boffoli’s site, where you should click the info icon and read his captions (that would make Edward Gorey proud). 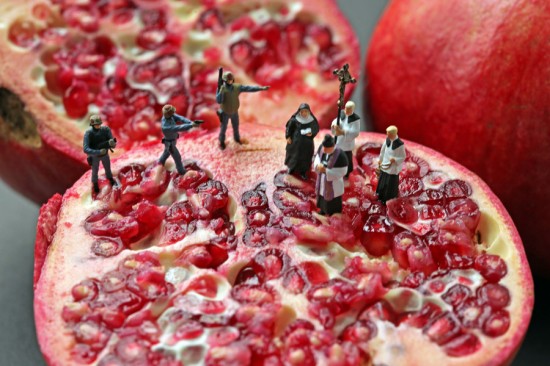 State and Church by Christopher Boffoli 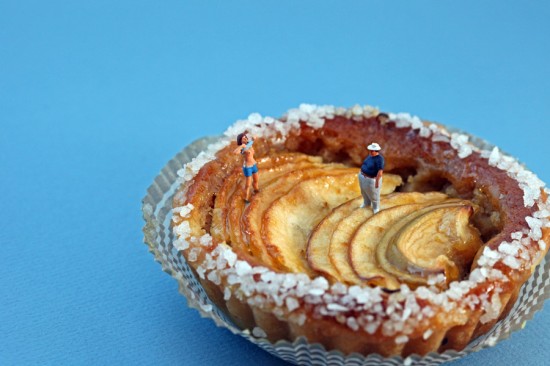 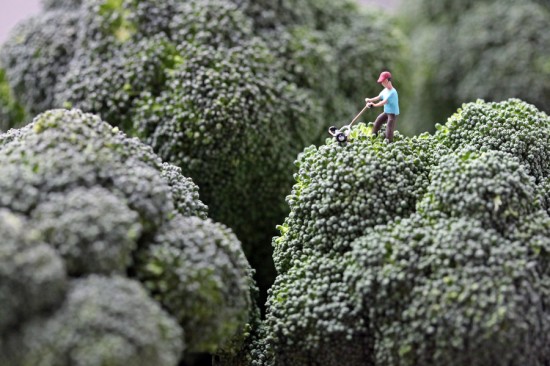 The Landscaper by Christopher Boffoli 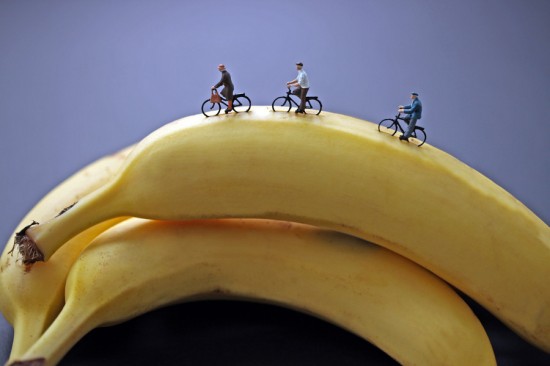 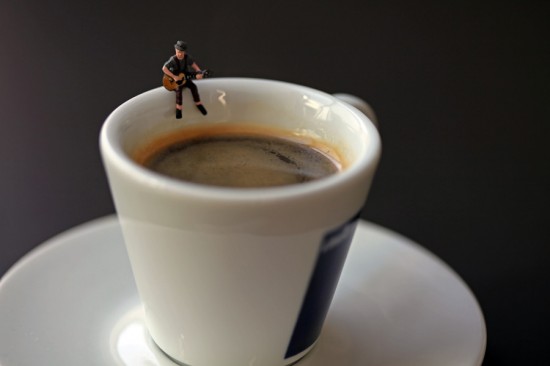