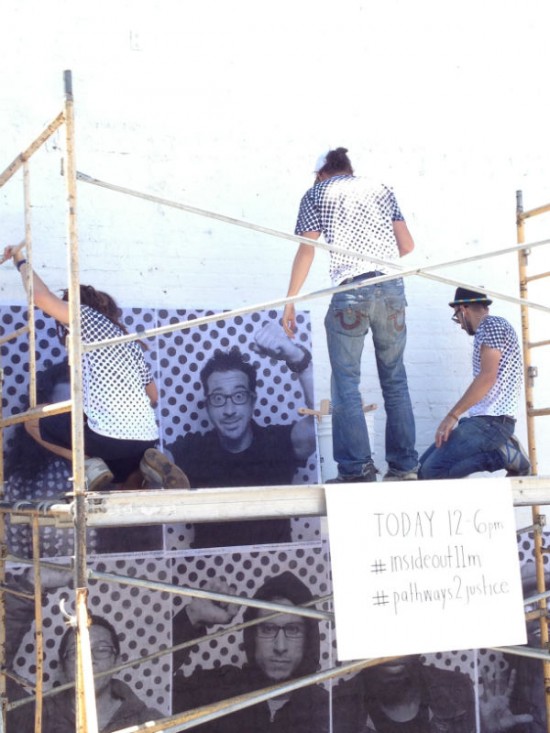 This was last Thursday in Downtown, Oakland. That’s me in the center and JR at far right. For reals. If you’ve been following this blog, you might recall last year’s spotlight on JR x David Lynch in Paris or JR x Liu Bolin in New York. Last Thursday was JR x JB. 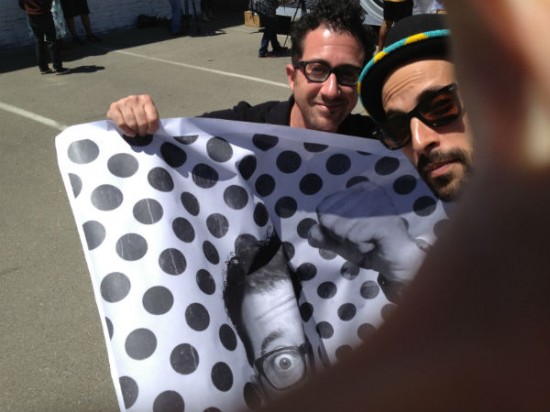 OK really rad portrait-within-a-portrait of me by JR aside, Pathways2Justice brought the Inside Out Project to Oakland for a real purpose: to unite immigrants rights groups, racial justice groups and the community in a demonstration of stereotype-defying solidarity and public art.

To participate in local Inside Out Project actions, you just show up. THIS amazing photo booth truck will be waiting. You climb in the back of the truck to get your picture snapped and a poster prints out the side of the truck moments later! You can find a calendar on the Inside Out Project website here, but head’s up to my friends across the bridge: the project is in San Francisco all this week (and then onto Chicago, LA, Miami, Phoenix, New York…). Speaking of New York, JR’s personal timeline is a lot like the plot of LOST. The artist was just spotted sipping coffee with Robert Deniro in Tribeca, and he’s got a crew working with the community to paste up posters in Kenya! 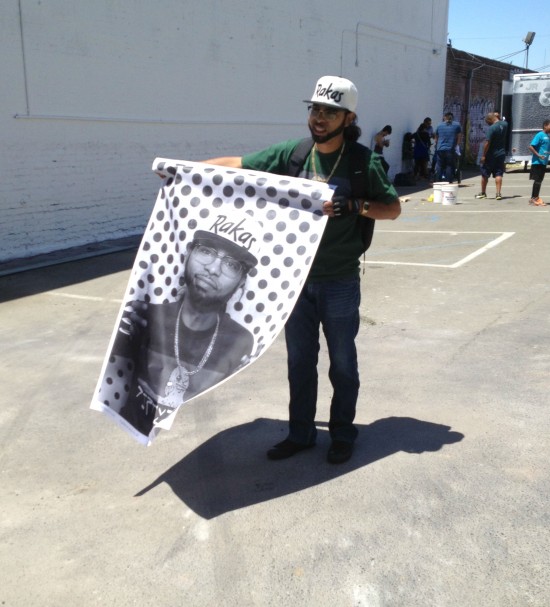 JR travels a ton, but you don’t have to wait for the project to come to you. You can set up your own action or even email your photo. 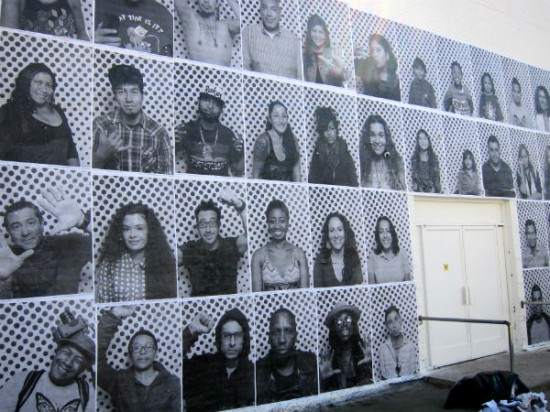 I’ve come to think of JR as one of the most important artists of our generation. The folks who give out the TED prize agree. 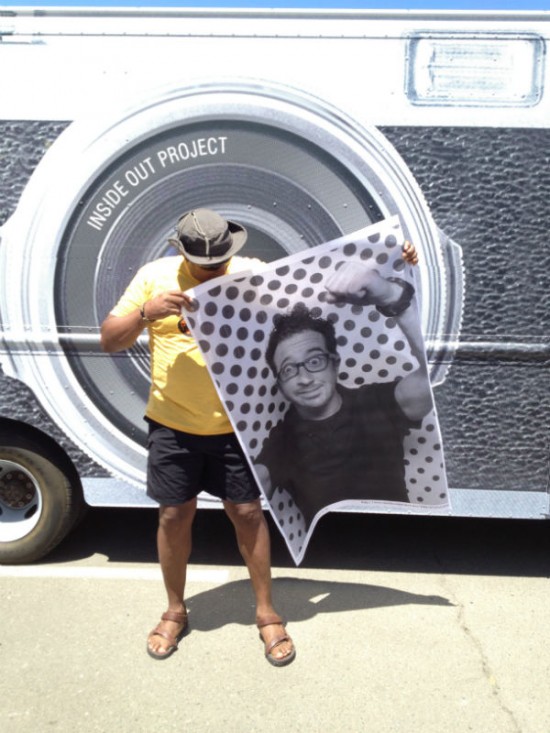 Maybe we can’t save the world, but we can play more of an active role in changing it!