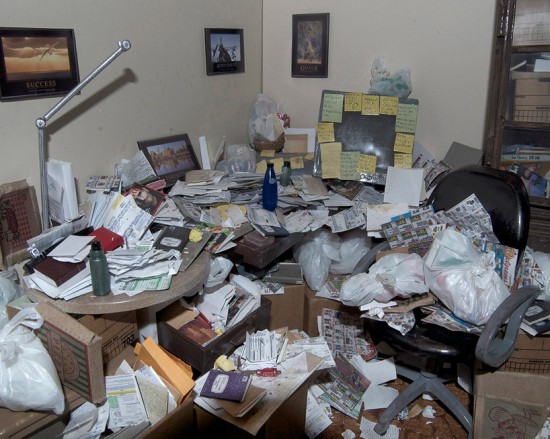 Barbie Trashes Her Dreamhouse is a series of photographs based on original miniature dioramas of domestic destruction. Both the photos and the miniatures are by Saint Louis-based artist, Carrie M. Becker. The dioramas make use of Becker’s collection of Re-Ment mini-figures (to which I am no stranger). But instead of the mid-century modern miniature homes of Call of the Small, Becker chooses carnage: This dream home is clearly occupied by Tiny Hoarders (probably the name of a new show in TLC’s spring lineup). So where is the titular Barbie? 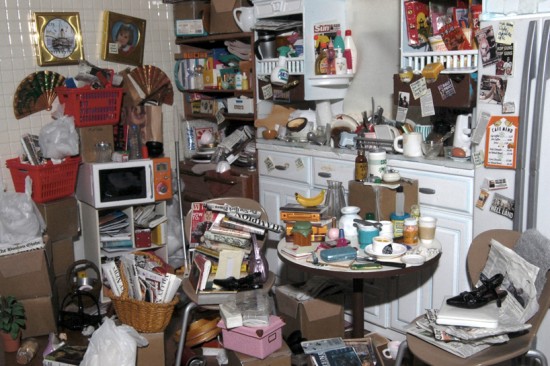 As it turns out, Barbie is not a part of this work. Rather, she was merely an afterthought to help the public comprehend the series of photos. Becker writes: “Originally I did call the series Time To Burn the House Down, and everyone thought I was showing images of my own home, so I changed the title to stress the point that what they were seeing was, in fact, miniature.  The rest is history.” 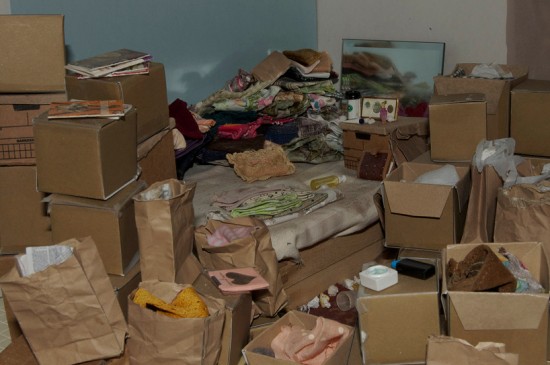 Now she wonders if the viral reaction to Barbie Trashes Her Dreamhouse is overly associated with Barbie and less conceptual than she’d hoped. I definitely understand the mixed blessing of pop culture, but I tend to think that whatever path it takes to find art you like is, in retrospect, a good one. (And I guess I’m qualified to say that because one of my most popular 2011 blog posts was the controversial “tatted up” tokidoki Barbie. Thanks for the traffic, Mattel!)

Click through to view the (treacherous) laundry room and (revolting) bathroom. Slide over to Flickr to check out the entire set. Then hit up etsy to buy Barbie Trashes Her Dreamhouse prints ($25-$75). Cool. 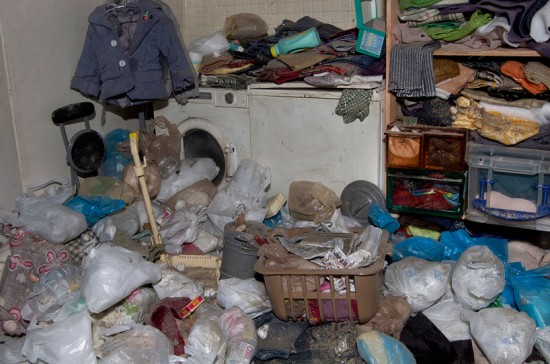 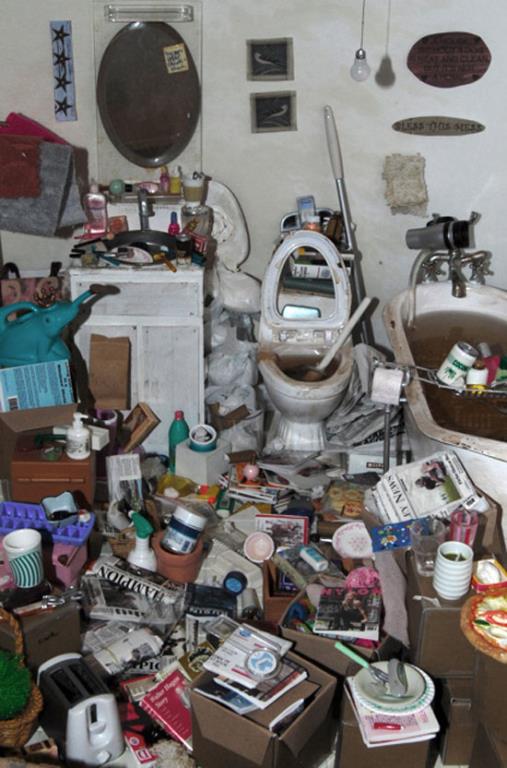