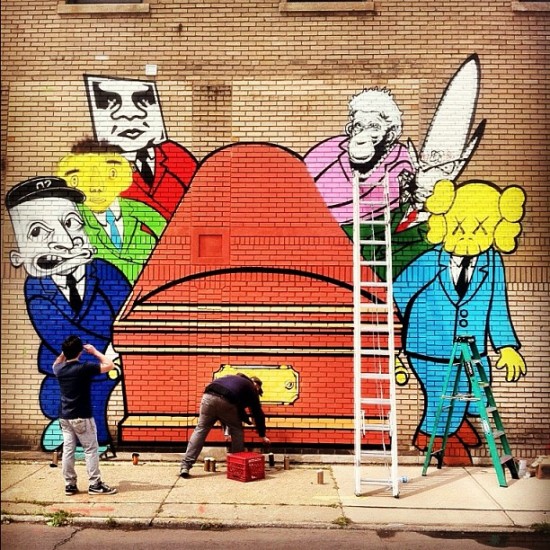 A few weeks ago, while in the area for the Detroit Beautification Project, graffiti artist, Sever, painted a mural depicting the death of street art. The parody shows a casket branded “street art” being carried by pallbearers Twist/Barry McGee, Os Gemeos, Shepard Fairey, Banksy, Futura and Kaws. Clever, eh? 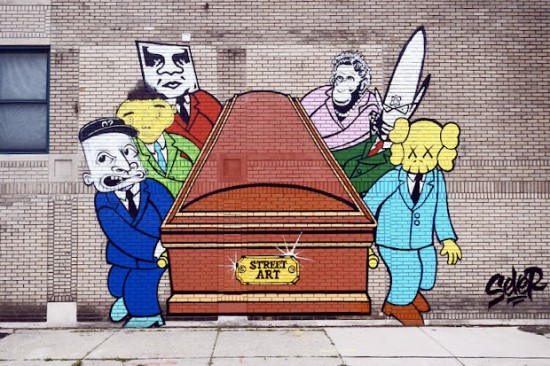 I like this a lot, but I don’t buy that street art is dead. In fact, I’d love to buy a print of this mural. Basically, I’m happy when artists make money, even if it means selling their pieces in galleries and museums. Also, nothing’s ever really dead in the Internet age. It’s all cyclical. They said goth was dead. Then Peter Murphy sang “undead, undead, undead“. Then yesterday was World Goth Day. [Pics of Sever’s mural by Saber]