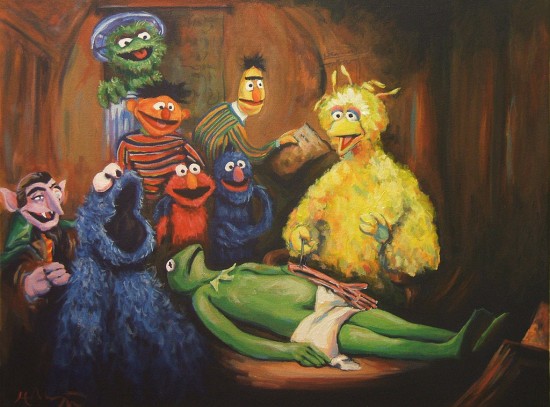 The Anatomy Lesson of Dr. Bird by Hillary White

Hillary White is a prolific illustrator and pop surrealism artist who uses our modern, cartoony, irreverent culture as the subject of her work. For her Pop Reinterpretations series, White “collaborates” with classical artists (posthumously). After my last post about Blind Passengers, I thought I’d revisit art history through the lens of pop culture. Who wants to come along for the ride? I promise there will be Muppets, Gremlins and TMNT! 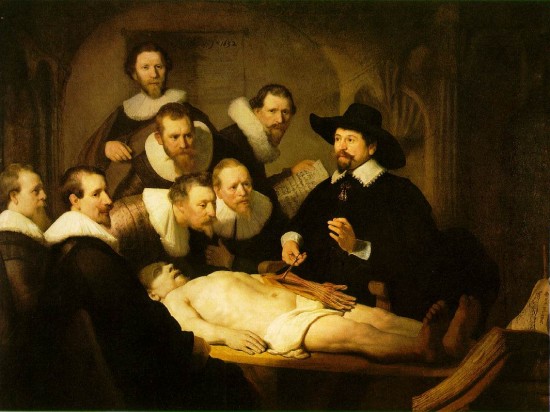 The Anatomy Lesson of Dr. Nicolaes Tulp by Rembrandt

I like Sesame Street’s The Count AND I like the surrealist skies of Rene Magritte. Wouldn’t it be cool if there was a mashup of the two? 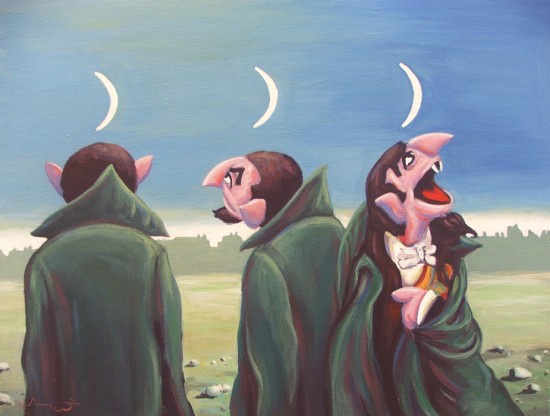 The Mysteries Of Arithmomania by Hillary White

BAM. There it is. 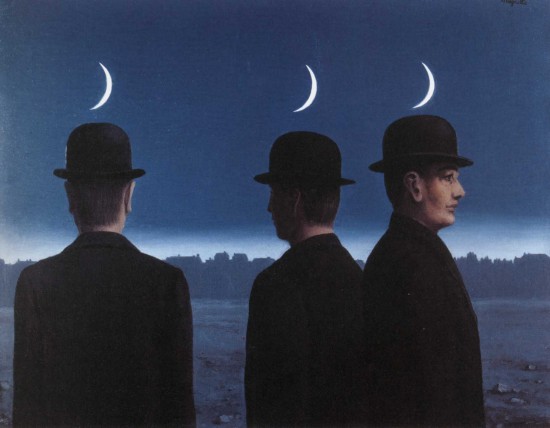 The Mysteries Of The Horizon by Rene Magritte

Van Gogh…so dramatic with the whole ear-cutting thing. If only there was a way to make his work a wee bit more approachable… 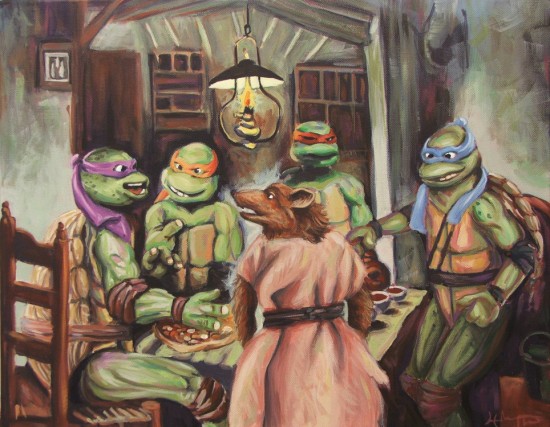 The Pizza Eaters by Hillary White 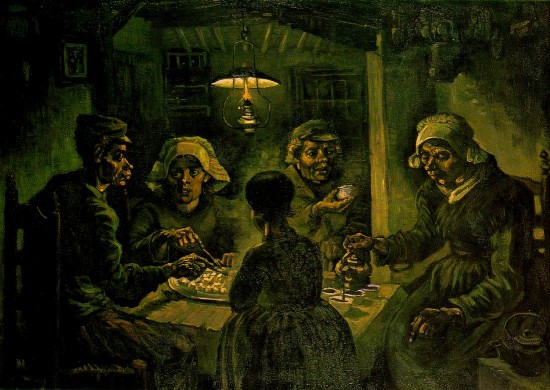 Prints of Hillary White’s paintings are available for purchase starting at $14 here. 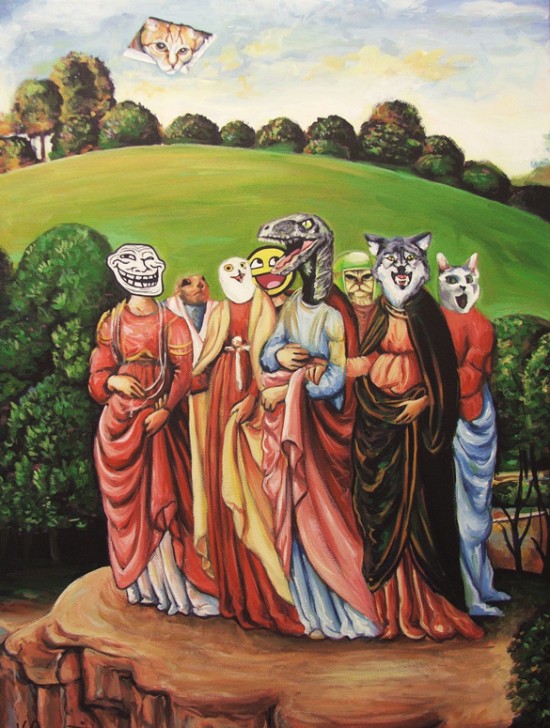 Internet Memes in a Landscape by Hillary White 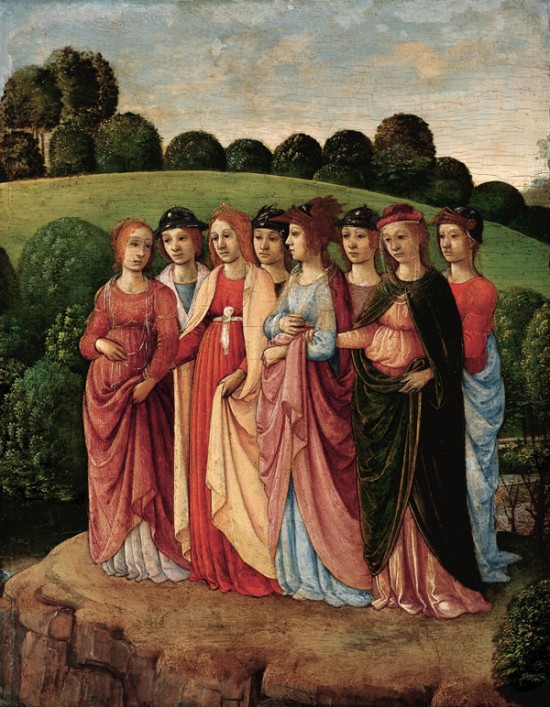 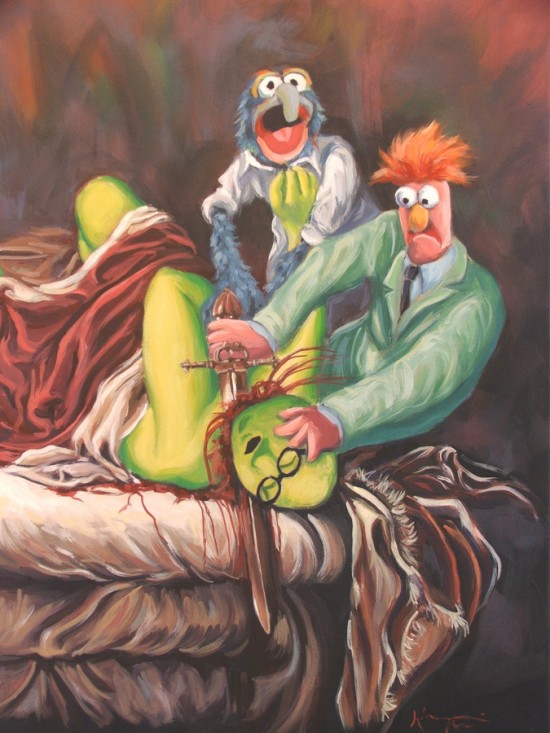 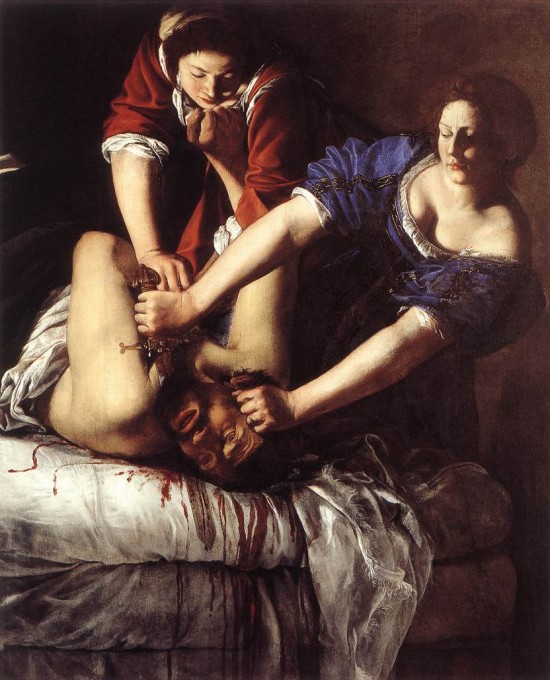 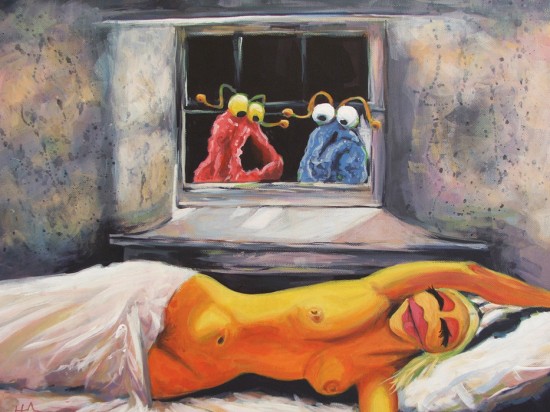 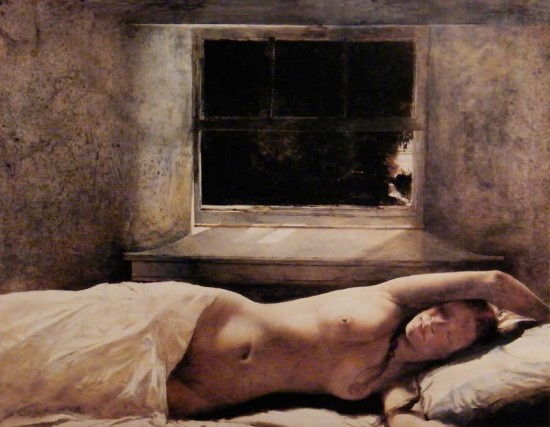 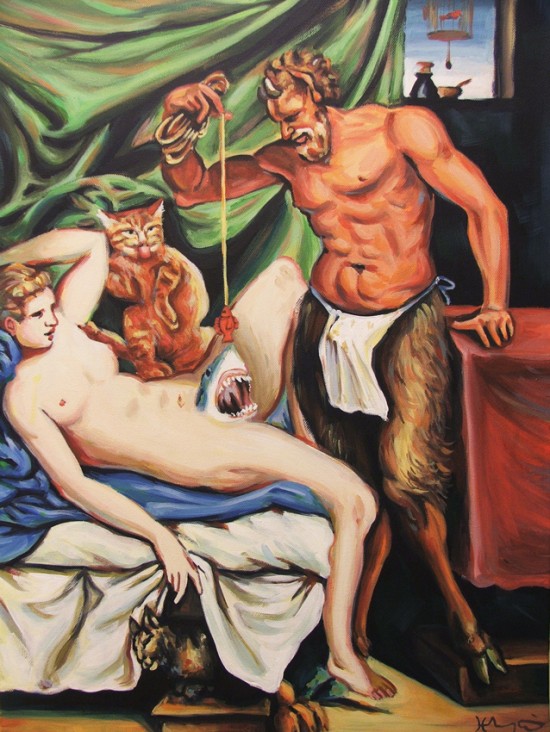 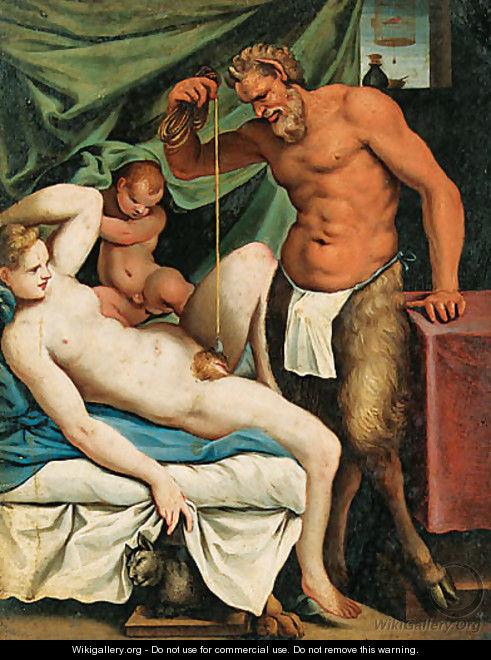 The Satyr Mason by Carracci 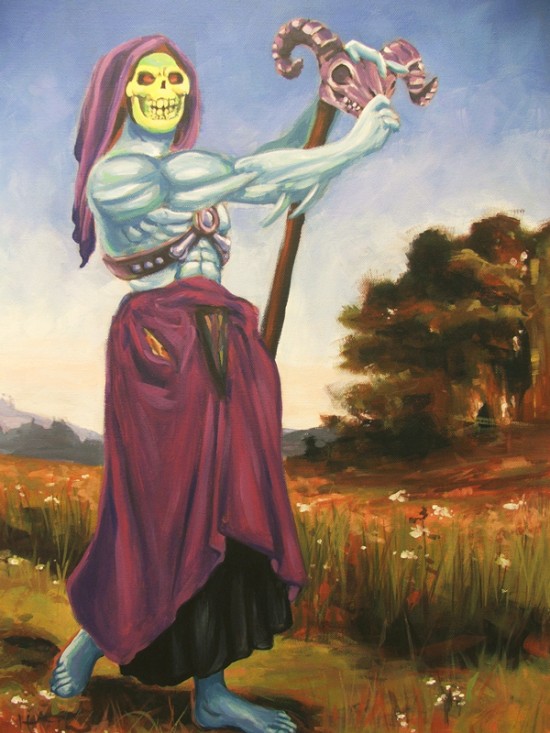 The Reaper of Keldor by Hillary White 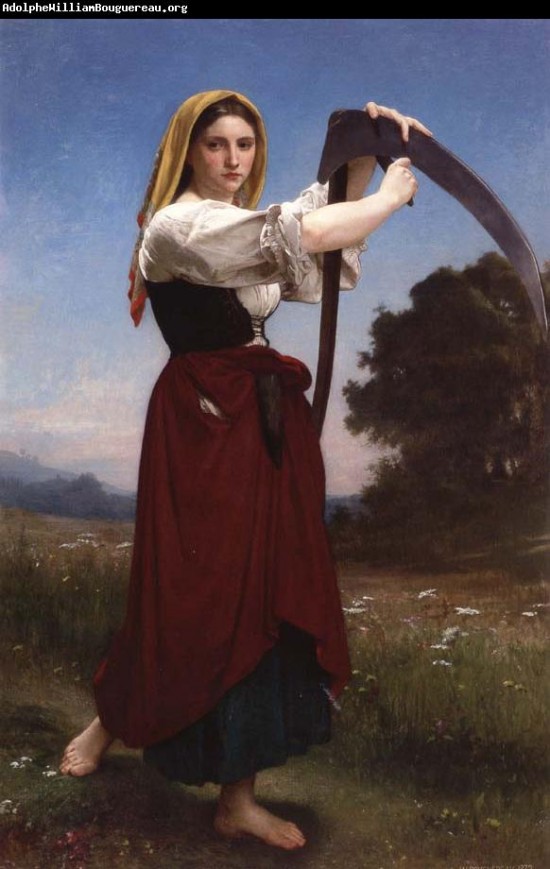 The Reaper by William Bouguereau 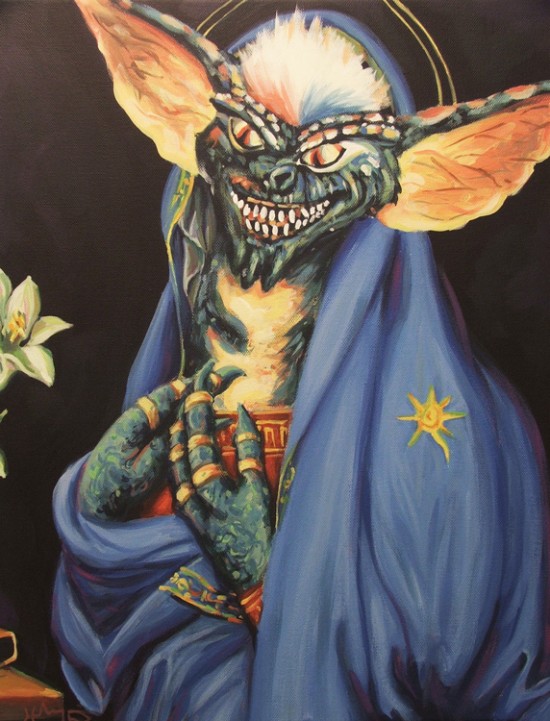 Gremlin of the Adoption by Hillary White 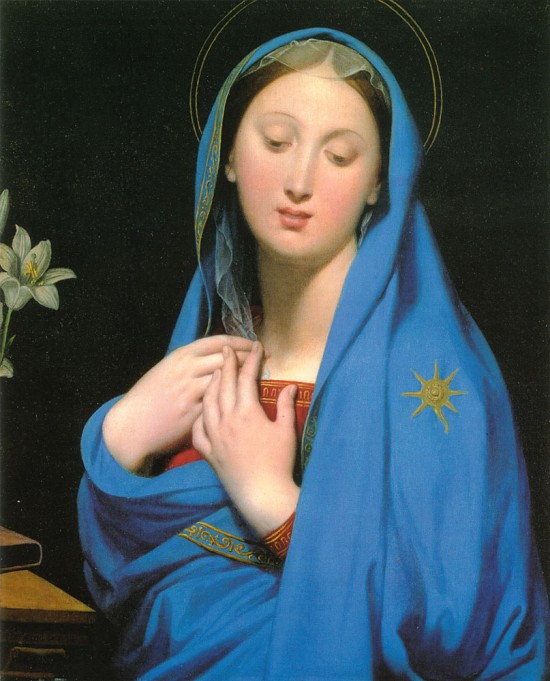 Virgin of the Adoption by Jean Auguste Dominique Ingres

Made it to the end? Learned your art history? Here’s a bonus mashup of The Wizard of Oz and Donnie Darko. Nice… 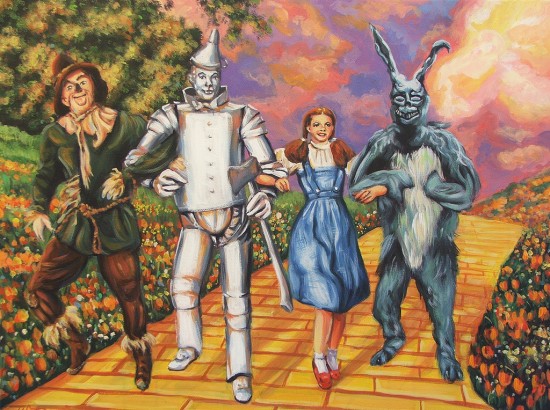 We’re Off to See the Wormhole by Hillary White