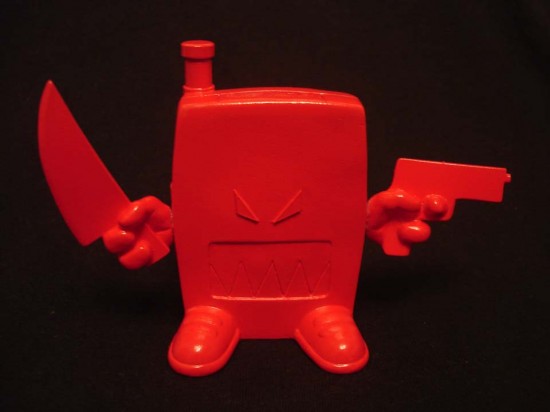 Eric Nocella Diaz has been sculpting professionally for over 12 years. He has worked on high profile projects with major toy companies such as ToyBiz, Mcfarlane Toys, ToysRus, Hasbro, Kidrobot and Ka-Ching Brands. Some of the licensed projects he has worked on for those companies range from the Beatles Yellow Submarine toy line, E.T., Preschool Spiderman, Classic Avengers, LOTR, FLCL to the Video Game Award crowned monkey trophy for Spike TV. He is also a co-publisher, art director and editor of independent comicbooks through Xmoor Studios.

You probably own several figures that went through Eric. Maybe you’ve got some of Jared Deal’s Carnival Cartoons, Southpark toys, KaNO’s Moneygrips or a Huck Gee Skullhead? Eric’s most recent project is Argonaut Resins, where he creates low-run, high-quality resins of his own designs and in conjunction with other artist friends. He does most of the sculpting, casting and molding but the painting is completed by collaborating artists. These limited resin figures give the artists freedom to do whatever they want without being locked into 100-500+ pieces as in vinyl. 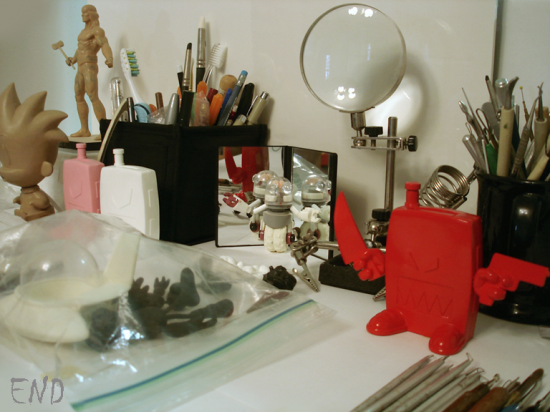 We’re premiering custoMONDAY with the first Argonaut Resins figure: CellPhonesKill. About CPK, Eric said: “The CPK was just a silly idea I had in my head after seeing the news one day. Every station had a story on how cellphones are killing us slowly and how the younger generation is at higher risk since they are exposed at such an early age. That made me wonder what a killer cell phone would look look like, and I came up with the CPK idea.” I’m a big fan of this figure, and I even took mine on a photo-shoot around my neighborhood last month. 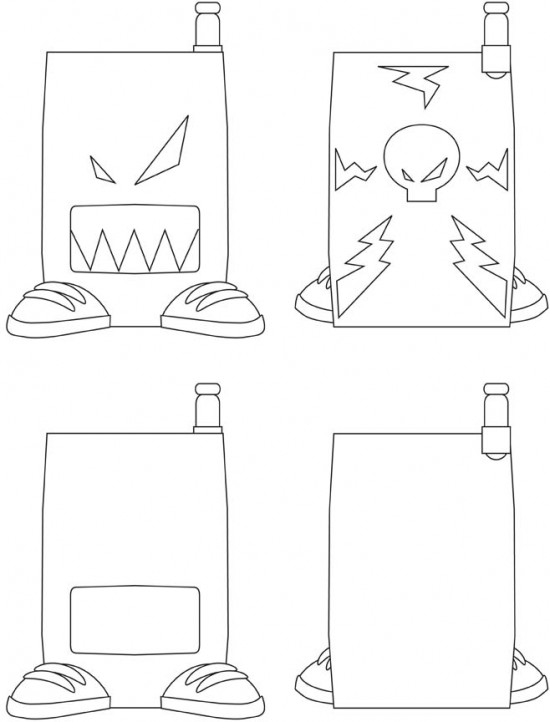 Now, thanks to Eric, you can stage your own CPK glamour shots. Eric has fashioned a red hot Picante CPK exclusively for ToyCyte’s custoMONDAY project. The figure is a one-off with a unique rear etching and will be signed by Eric. Want to win it? There are two ways to enter, but there can only be one winner, crowned by Eric (and a little help from ToyCyte staff should there need to be a tie-breaker).

All entries must be received/posted by Sunday, November 2nd at 12PM PST. The lucky winner will be announced Monday 11/3 right before the next custoMONDAY giveaway.

Where to find Eric on the Internets:

Here’s What You’re Playing For… 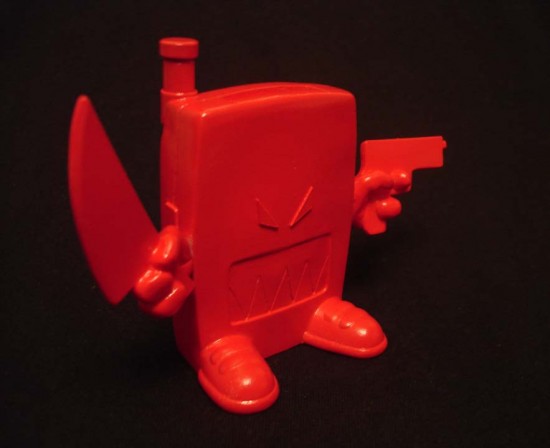 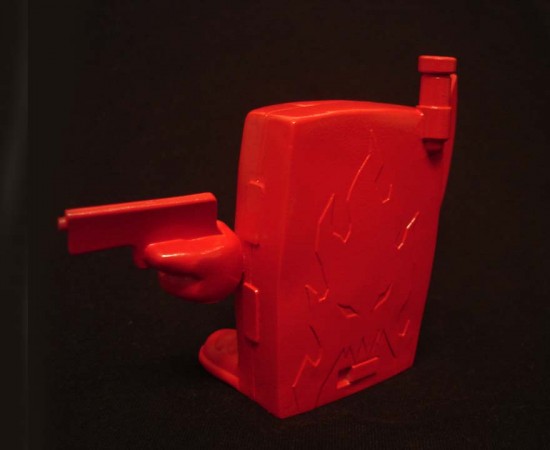 [This article was written for ToyCyte and first published on 11/10/08. I am reposting it on my own site because 1) I wrote it, 2) It’s a nice record for the artist and 3) ToyCyte is no longer online. You can download a PDF of the story, as it originally appeared (including reader comments), by clicking HERE.]