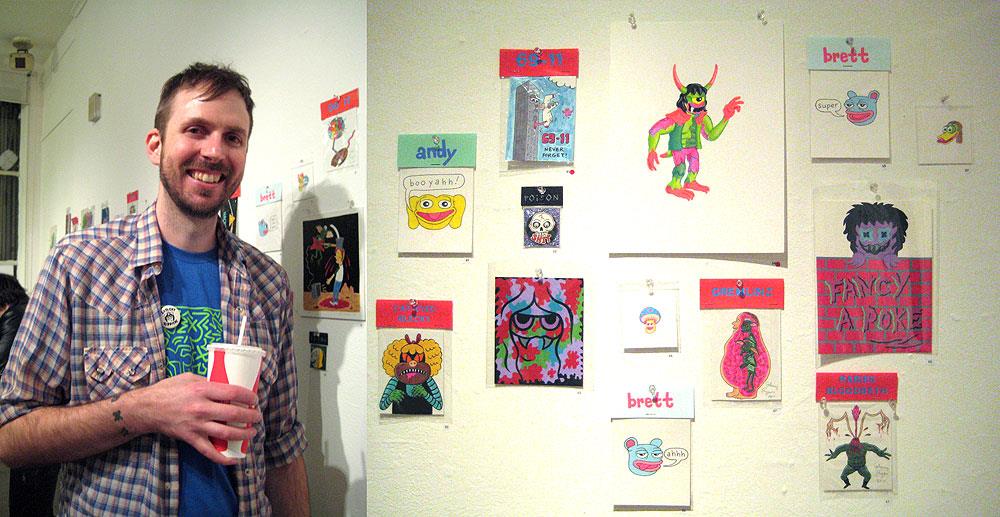 Take three male designers who grew up amidst a landscape of comics and counterculture, transport them to San Francisco and band them together for a brotherly love fest of art. Result? The art scene equivalent of what Joel McHale would feature on his Talk Soup segment, “GAY SHOWS!” Giant Robot hosted Le Merde (Mike Kelly), Johnny Ryan and Matt Furie for an epic assembly of affordable art. Almost everything is priced under $50, and well, a lot of it is really gay. With titles like Buttmasters of the Universe, Fancy a Poke, Pickle Eater, Pecker Eggs, Taste the Rainblow and the poignant pictorial, Balls Copter, the only thing that would make this show gayer would be if there were glory holes beneath the drawings. 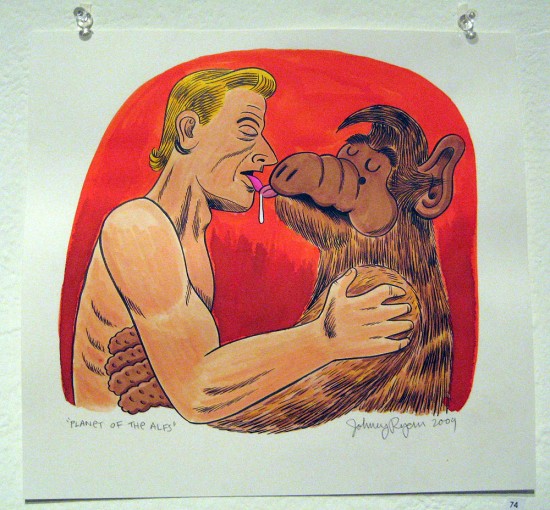 Johnny Ryan has never shied away from tackling sexual subject matter in his Angry Youth Comix. I’m guessing this is the kind of show where art buyers definitely care about the provenance of a piece, so please be advised that Balls Copter initially appeared in early 2010 in this comic. Hot button issues like interspecies dating (as seen in Planet of the Alfs) were also explored. 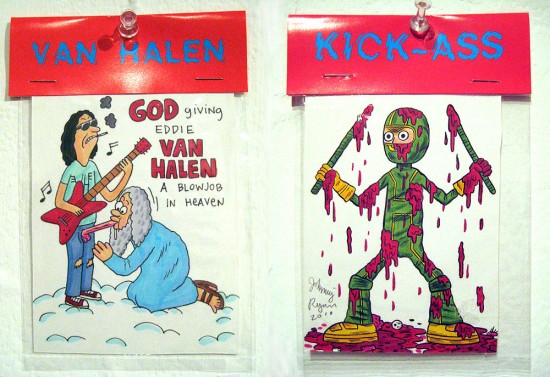 The designers all dipped their quills into a gaping cavern of pop culture. It all seemed very tongue-in-cheek. Or possibly something else in cheek. See Van Halen and God above.

Le Merde opened up his arsenal of characters, seeding the walls of the gallery with Hollis, Van Far and the gang. Mike was there for the show and remarked how awesome it is to be able to pick up a Johnny Ryan at a $50 price point. True! 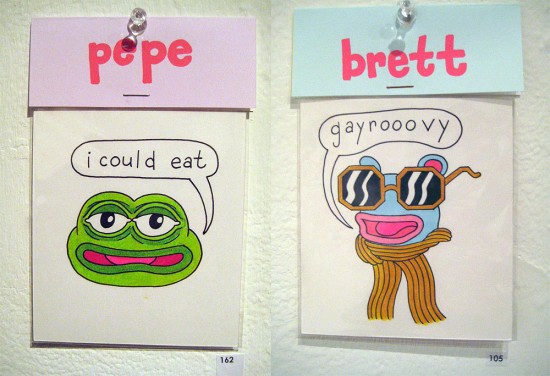 Matt was also hanging out, but regrettably I must have missed him. His work featured character illustrations with speech bubbles and header cards. 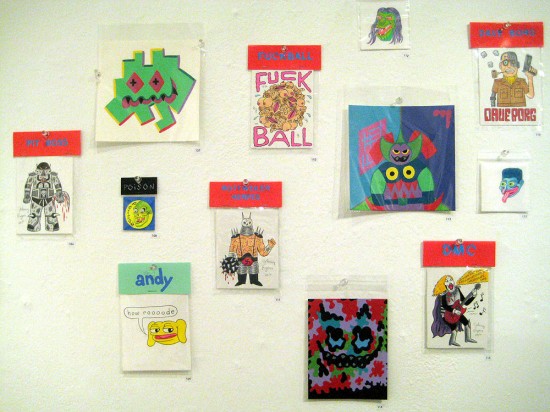 All of the walls at Giant Robot look just like this. There are almost 200 pieces of artwork in there. You should probably go check it out yourself. 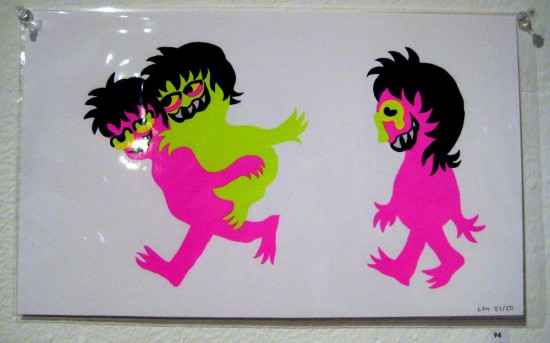 This is one of my favorite prints from the show, Le Enfants Terrible #3 by Le Merde for twenty bucks. 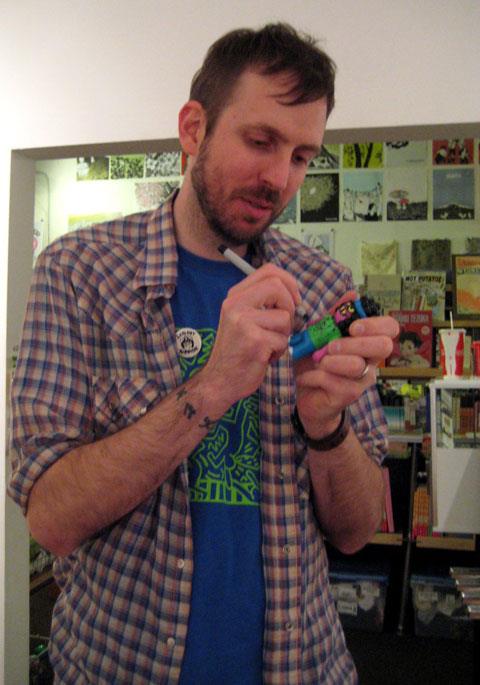 Being a master of the segue (as opposed to the Segway), I parlayed a conversation with Mike and Jeremy Whiteaker about T-shirts into a cool custom shirt for my Hollis figure. Thanks, dude! Speaking of the Monster Family, Jeremy’s Fire Robo is coming down the pipes from Super7 soon… 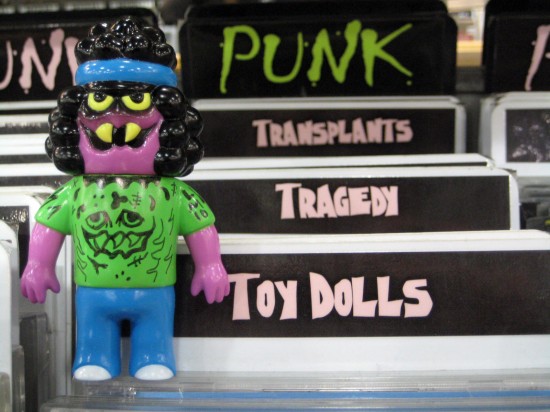 After the show, we wandered over to Amoeba, as no trip to Haight is complete without one, and, after all, it was Record Store Day. Look for available artwork from We Are Brothers at GR-SF.