Italian artist Francesco de Molfetta has created a new life-size fiberglass edition of his Michelangelo sculpture. The multiple was made in collaboration with LA’s Toy Art Gallery, where you may recall de Molfetta showed a smaller porcelain Michelangelo as part of his 2011 Pop Fiction show.

Michelangelo’s David is undoubtedly the most important and representative sculpture of the classical era. It had been carved from a marble block that had been set aside from the Florence Cathedral construction. It’s also been one of the most vandalized and imitated sculptures of all time. Nowadays, we talk about it as a symbol of Italy’s manufacturing excellence on the world’s stage.

True enough, most people in the first world can identify Michelangelo’s David.

For the life-size Michelangelo edition, de Molfetta reinterpreted the classic David. He explains the concept of the new Michelangelo:

“Michelangelo” is the name engraved on the chest banner. This combines the name “Michelangelo” (the true author and sculptor of the mythical sculpture) and the name of the well known tire company, “Michelin.” This brand in fact is represented by the “bibendum,” an imaginary man-like creature made of soft circles that looks as if it was made up of car tires. It’s a symbol of our contemporary imagery, recognizable in our everyday urban life as a strong symbol of mass production, representing an established aesthetic rather than just the mere association to a single product. So Michelangelo is the David that sheds his traditional context and enters into a new suit. It exits its academic role assuming a new identity (more “pop”), becoming more reachable and accessible to the masses.

Francesco gets props for playing with language in both the title and subject of the Michelangelo. He also earns points for explaining that the Michelin Man mascot is called Bibendum. That’s way more than KAWS has done with his Michelin Man character lately!

I had the opportunity to interview de Molfetto for an upcoming book, and he talked about making art editions as a more “democratic” approach to art collecting.

I consider them an intersection between contemporary art and toy-making: they are more precious than an ordinary toy, yet simultaneously hand-made like a work of art. I hope the multiples will enable more people to own my works. I like to think of the editions as a “democratic” approach to collecting! 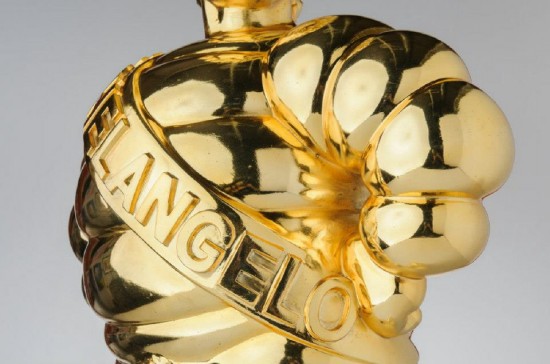 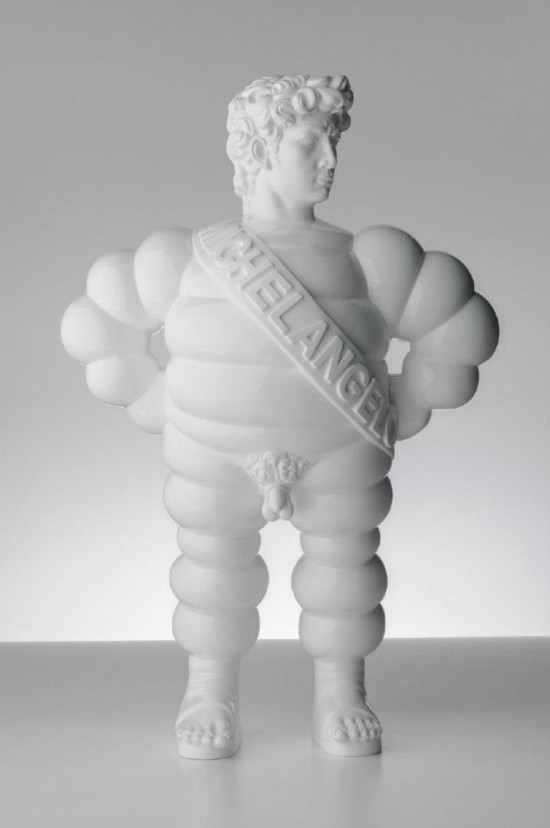 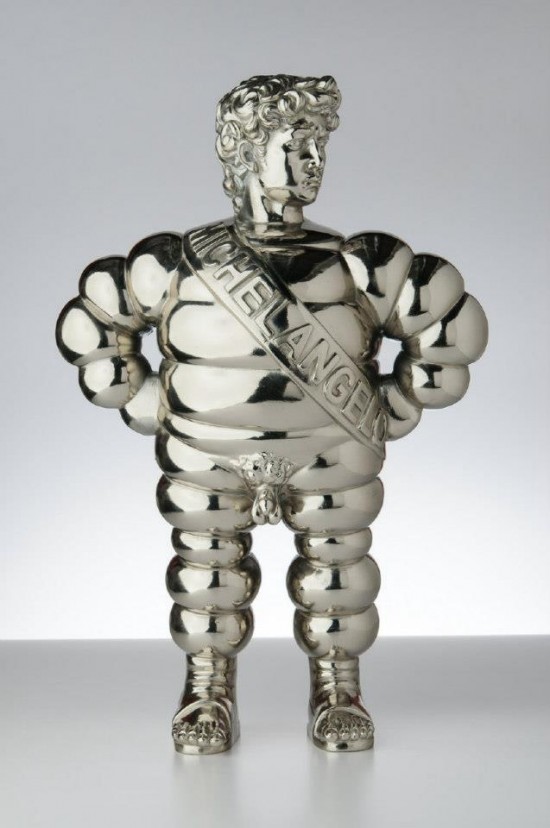 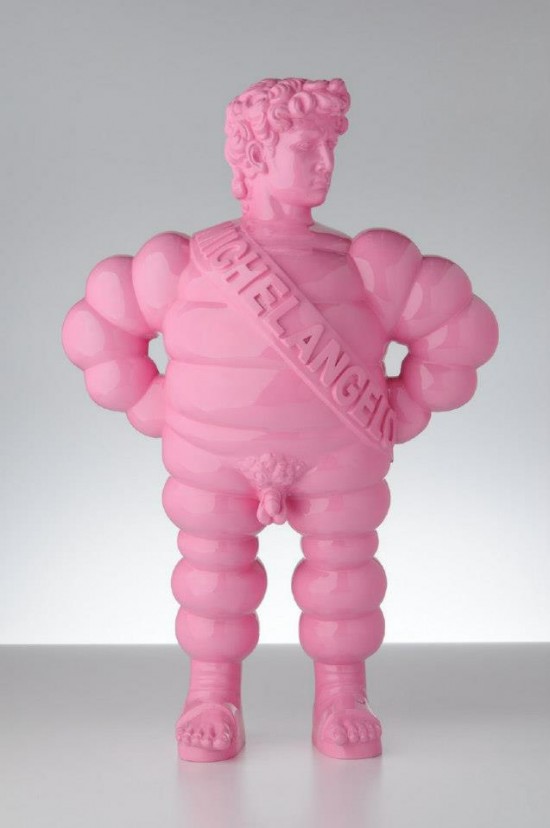 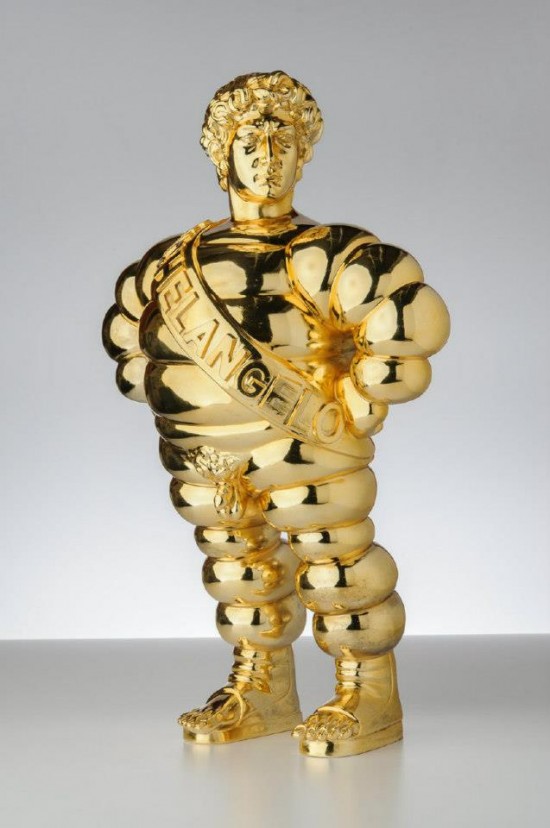 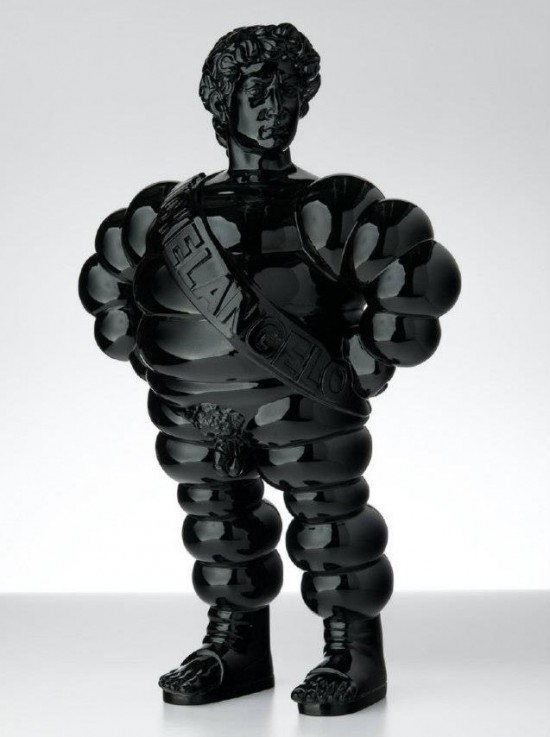 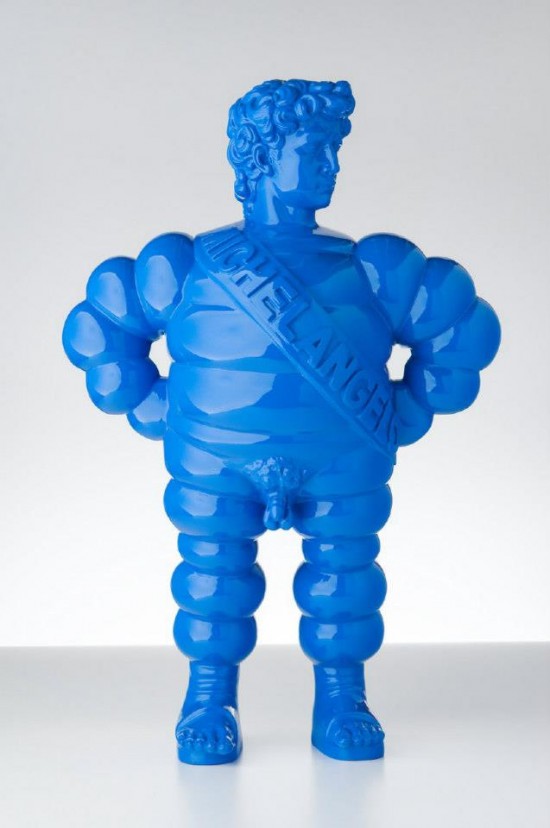