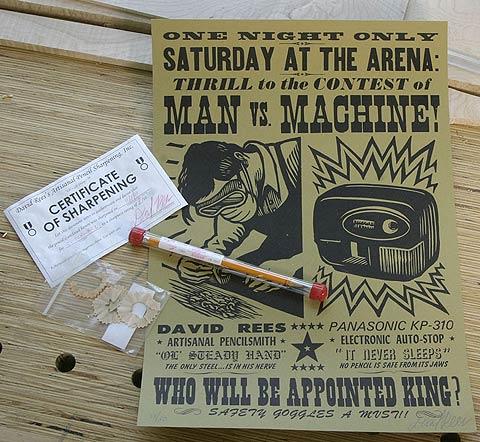 In a recession, people have to get crafty with how they make a living. In New York’s Hudson River Valley, craftsman David Rees offers an artisanal pencil sharpening service. You can ship him your pencil and have it shipped back to you “fucking sharp as shit, it’s actually vaguely menacing how sharp this thing is.” You’ll also receive your pencil’s shavings and a certificate of sharpening. 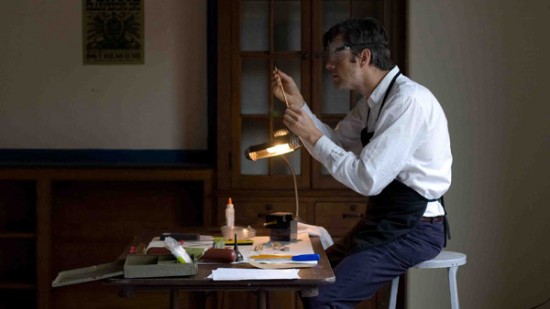 Rees used to be a cartoonist, but these days, he’s an artisan. He told the LA Times:

“I’ve always loved the iconic No. 2 pencil. When I was working for the 2010 census, we were each issued No. 2 pencils and a manual sharpener. We all sharpened our pencils on the first day of training, and I was like, ‘I’m feeling this. This rules. I like sharpening pencils.’ It had been a while since I had done it. And the more I thought about it, the more I was like, ‘If I could figure out how to get paid to sharpen pencils, I would be happy.’ So I decided to become an artisanal pencil sharpener.”

The man is genius. And I’m not kidding either. I’ll quote Rees again:

“Just because something makes you smile or laugh … doesn’t mean it’s a joke.”

For $15, he will even provide the pencil. I predict that James Franco will portray David Rees in the eventual biopic of his life.

[via Lost at E Minor]