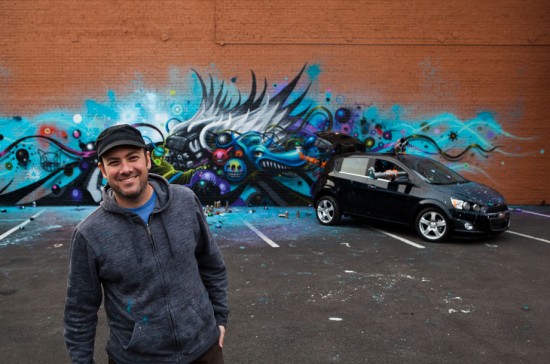 It doesn’t take a social media branding analyst to notice that artists are hot with car companies these days. Today, we add the Chevy Sonic to our previous roundup of Scion [art cars], BMW [more art cars], Volkswagen [DIY art cars] and Ford [artists painting in the proximity of cars]. With a similar ring to Ford’s recent “GoFurther” campaign, Chevy launches “Let’s Do This”, a website promoting the new Chevy Sonic automobile.

Jeff Soto [last seen here] gets involved in an unlikely collaboration with the car itself. This Chevy Sonic is no standard vehicle, however. It’s a robotic art car that’s been tricked out with a “street art sprayer and turret” by Bot & Dolly, the sister company of Autofuss, a “creative collaboration hub” in San Francisco.

I hope Soto got paid a bundle of cash to do this. The project was executed in Oakland.  Thanks to Stephanie for sharing the location of the mural:

If you go to street view, it’s that brick wall with tags on it and the billboard in front of it. Technically it might be on Webster St, before it becomes the Webster tunnel, but it’s fenced and separate from the rest of Webster. To get it to it you would go on 5th St. 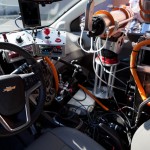 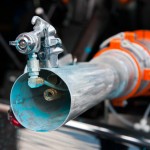 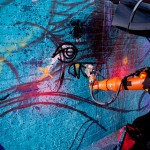 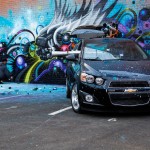 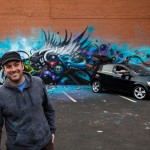 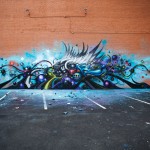 Click through for short attention span videos of just the Chevy Sonic robotics, the sprayer and the turret.