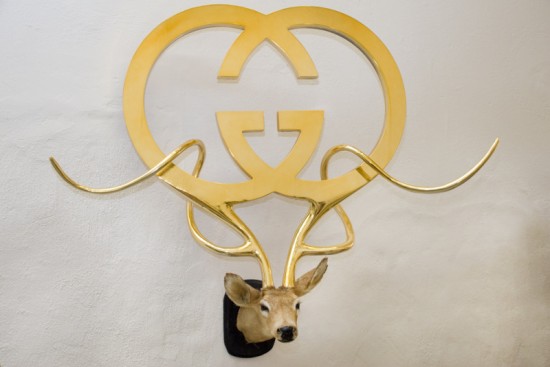 The title of Peter Gronquist‘s latest solo show at Gallery1988 (Venice) is The Evolution Will Be Fabulous, and with all the gilded guns and Chanel bling, you can’t really question the fabulosity. The evolution, however, is debatable.

I’ve seen Gronquist’s work first hand as part of group shows, and it’s big and bold and striking. While it looks like Notcot took issue with the quality of similar pieces in 2008, I thought they seemed pretty well-executed. I’ve always seen Gronquist’s work as a satire on the braggadocio of hunters who kill and mount other beings as trophies. Gronquist appears to be comparing those rugged, survivalist hunters with attention-seeking, label-conscious women who covet designer handbags. And that’s kind of funny. But now that he’s been making this type of work for a decade, I’m wondering if he’s laughing at the hunters, the handbag collectors, or the people who buy his art? 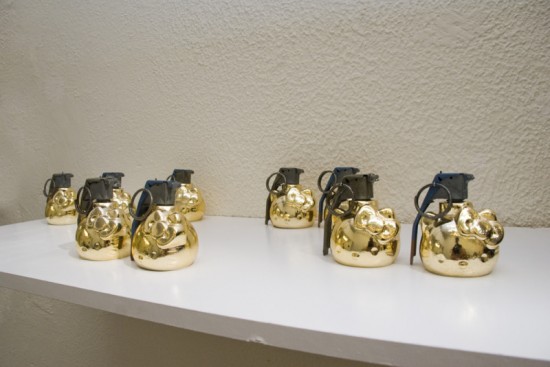 In a 2008 Wired story, Gronquist is quoted as saying: “You could put a designer label on anything and people would buy it.” And he was correct. Just under three years ago, he nearly sold out a body of work similar to that in his current G1988 show. Back then, he also indicated that he’d begin “focusing his energy on his paintings” and expressed mixed feelings about the designer weaponry:  “Even though the work is a satire, it’s still weird to be selling guns. I’m really over it.”

So now that it’s 2011, I guess I question the evolution. Gronquist made Pac-Man Grenades in 2008. For his current show, he made Hello Kitty Grenades. In another three years, will he make Keyboard Cat Grenades? In fairness, the work is still, by definition, fabulous. Hello Kitty sells, and somehow taxidermy is trendier than ever. (Fab.com regularly sells out its taxidermy flash sales in under an hour.) Artists need to make a living, right? If you want to help the Oakland-based artist do just that, you can purchase one of his pieces online here. 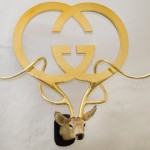 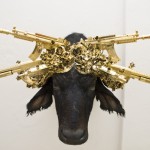 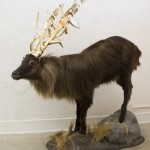 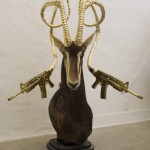 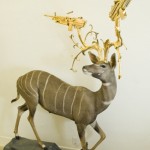 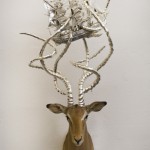 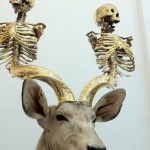 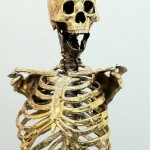 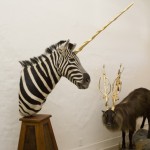 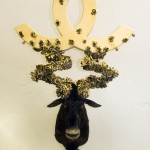 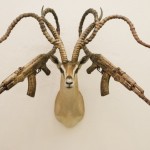 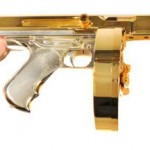 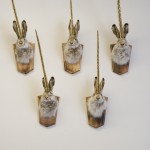 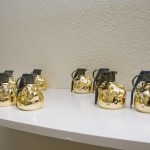 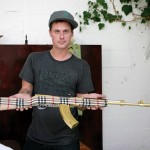