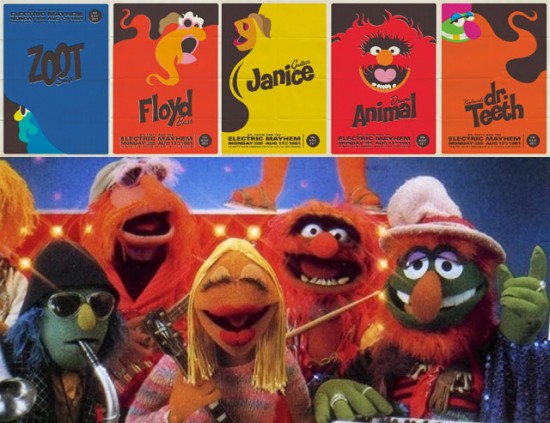 You know when you see a design that you like and you feel a sneaking suspicion that the designer is probably cool too? That happened with these Muppets posters, and I was right. Michael De Pippo is a cat-loving, toy-collecting, Canadian designer and illustrator. He also loves the Muppets and considers Dr. Teeth and the Electric Mayhem “the best band ever conceived”. [Sucks to be you, Gorillaz.] Anyway, De Pippo made these awesome retro concept posters:

My idea was simple; create a vintage concert poster for each band member (Dr. Teeth, Janice, Sgt. Floyd Pepper, Zoot and Animal). Using clean, crisp vectors, negative space and few colours, I wanted to keep them as simple and stylized as possible; reminiscent of retro posters from back in the day.

De Pippo has yet to print the designs, but much love on the Interwebs seems to suggest that he should. Afterall, brother has to support a toy collecting habit. (I see some Touma, Junko Mizuno, Buff Monster, Pecanpals and FriendsWithYou. What do you see?) You can follow DePippo on twitter @mdepippo for updates. Super fun stuff. 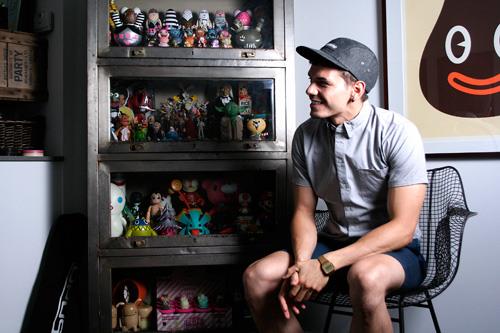 Click each image to embiggen them. I direct a mild OCD attack at the designer for not making a Rowlf poster so that my rows would be nice and even.