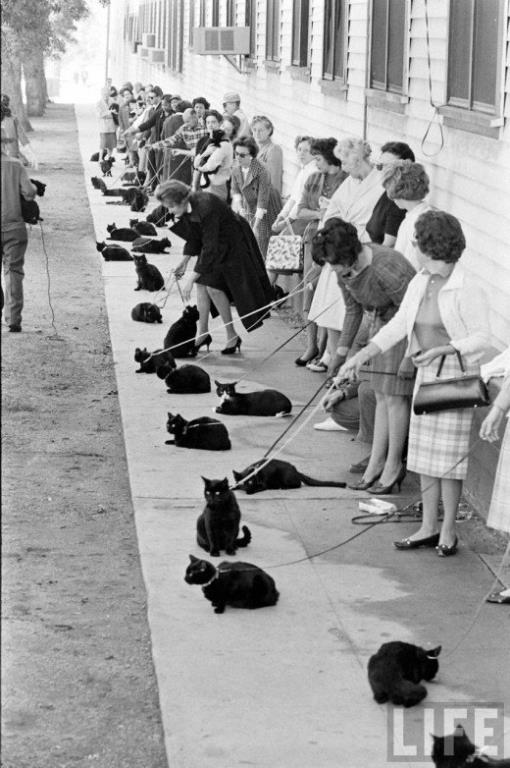 I sent this link over to fellow bigtime black cat enthusiast, Gary Baseman, and I really can’t agree with him more that it’s the “best link ever.” I scrolled through these 1960s snapshots of blocks of black cats all day yesterday. How is it even possible for that many kitties to remain at such repose on a Hollywood sidewalk? Not until this morning did it occur to me to wonder about the nature of the feline auditions.

These thespian cats, who have all passed over “the rainbow bridge,” were auditioning for Tales of Terror, a trilogy of cinematic shorts based on Edgar Allan Poe stories. It was directed by Roger Corman and starred Vincent Price and Peter Lorre. The black cats appeared in the aptly titled 2nd installment, “The Black Cat,” and were cast as the subject of the main character’s disdain. Black cats continue to play an important role in popular culture, and to that end, I will continue to post pictures of my black cats as often as I find the opportunity even remotely relevant.

Ralph Crane, a “colorful character” himself, took the photos of the auditioning cats in 1961. A few of my favorite snaps follow, but click here to see them all. 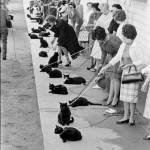 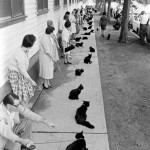 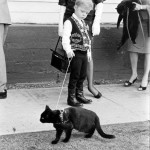 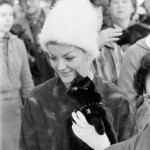 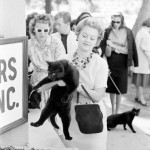 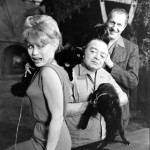