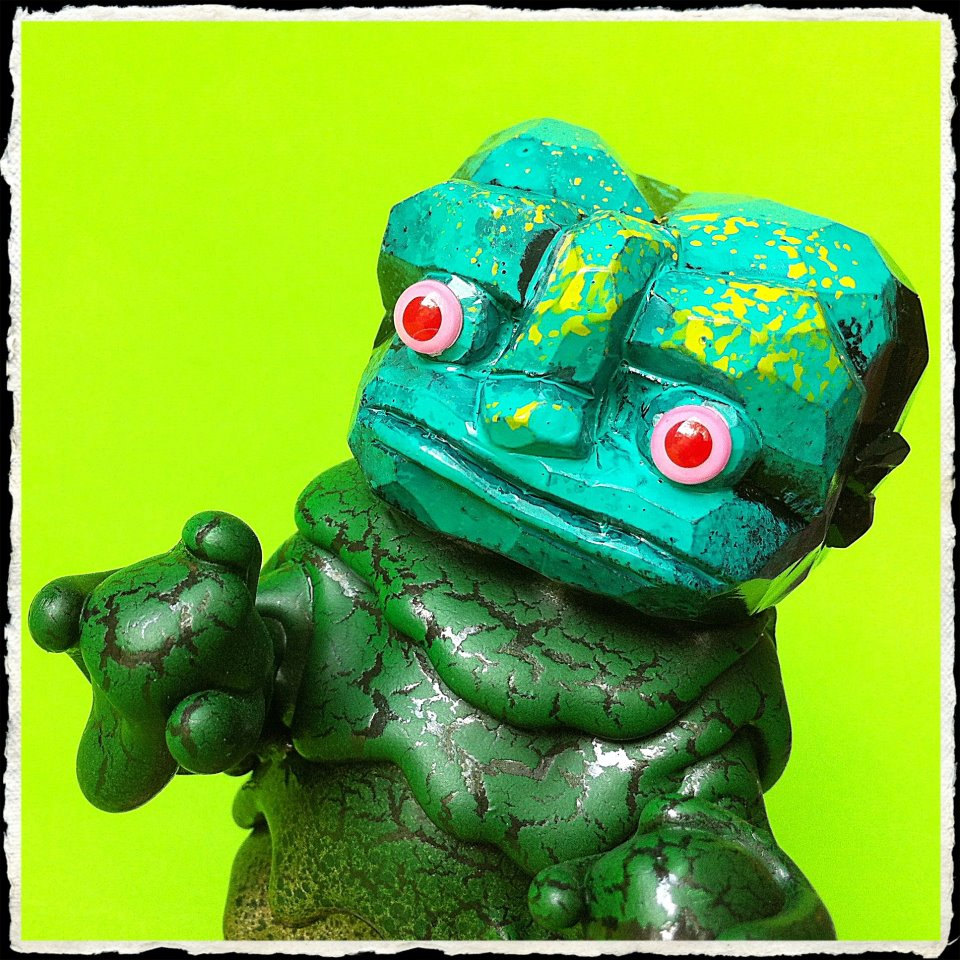 The nice thing about “rules,” is that it’s fun to find exceptions. As I’ve mentioned on several previous occasions, and despite being what some folks might call “customized toys,” I really dig Kevin Herdeman’s Kaiju Melt Monsters. (His way of controlling chaos must resonate with my OCD!) The figures are consistent; the textural magic (melt and crackle) is on point; the dude’s got good color theory; the prices are fair, there’s always nice, clear, multi-angle pictures available for bloggers and buyers; and for collectors: Melt Monsters look terrific in batches.

Here’s also a newish angle for Herdeman. In the past, his melt technique obscured the DIY toy or platform figure underneath. You didn’t really know if the Melt Monster’s ‘armature’ was a Dunny or a dimestore toy. This didn’t bother me at all because unlike with the customized PLAYSAM toys, Herdeman wasn’t marketing his Melt Monsters as “customized” anything. Rather, he was using (undesirable) existing toys as skeletons for his own original character series. 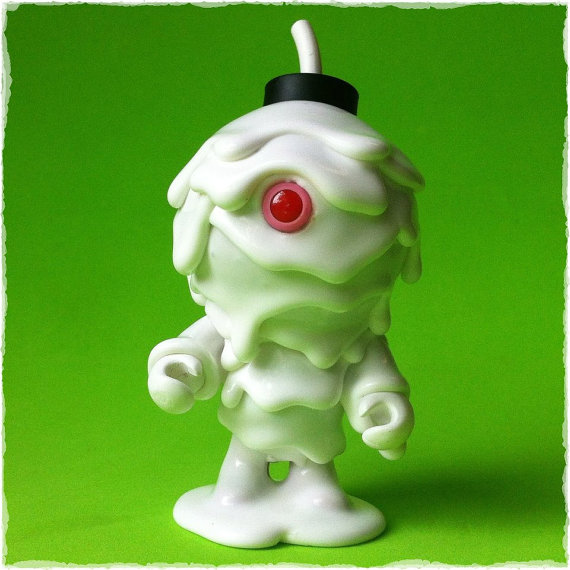 In the cases spotlighted here, however, there’s more transparency in the technique. Underneath the drips and the cracks, we see Grody Shogun, Hello Kitty, Kewpie dolls,  B.U.D.s from Jamungo and an Ice Scream Man from Brutherford Industries.  I remember just a few months ago on Instagram when @lulubellluke left @honkeylips a comment about pursuing a collaboration. And here they are! Before you get any crazy ideas, the FrankenGrodyMelt is (obviously) now taken. Lots more Melt Monsters starting at just $18 here though! 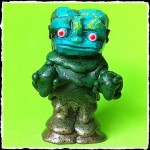 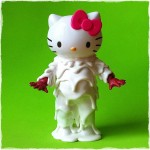 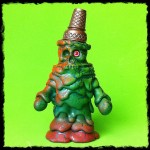 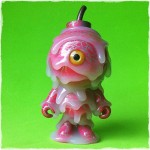 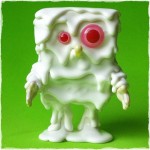 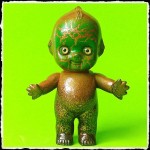