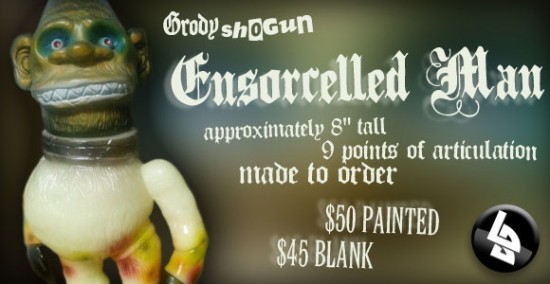 Lulubell Toys has announced Grody Shogun Ensorcelled Man, the next original figure from Grody Shogun. Ensorcelled Man has a primitive head with sunken eyes and a globose belly. He stands about EIGHT inches tall with NINE points of articulation. That’s madness! 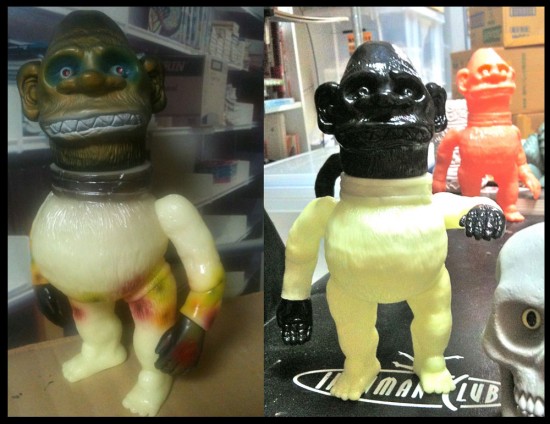 The first US release is made with mixed parts black & GID vinyl (black head & hands, GID body). Pre-orders began today in painted ($50, above left) & unpainted ($45, above right) versions. The Grody Shogun Enscorcelled Man is being made to order with no minimum quantity, but they’re closing the orders Monday, September 26th at 10AM PST. Follow the links above to get in on it. 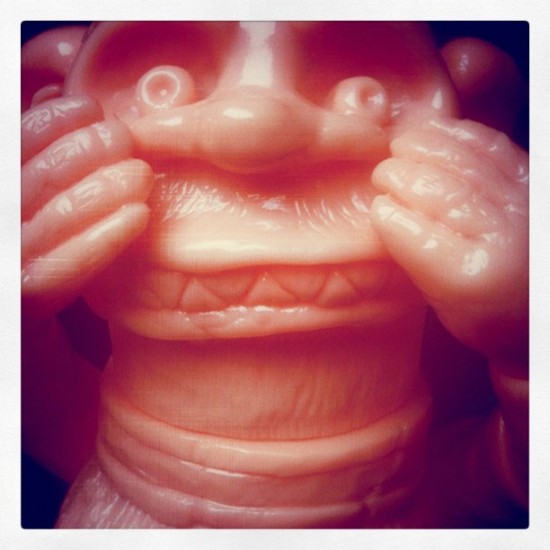 Ensorcelled Man has a lot of character, doesn’t he? He was conceived, sculpted and painted by Lulubell’s own Luke Rook. Rook, who is based in Tokyo, treats Instagram followers to cool photos like the test pull above. But who is this Ensorcelled Man anyway?

EM is a quirky dude. Basically he’s like a minah bird and when he gets a word or part of a song stuck in his head he says it ALL the time. Like over and over, all through out the night. The later it gets the more he chants it. He’s a happy-go-lucky character that is always smiling. 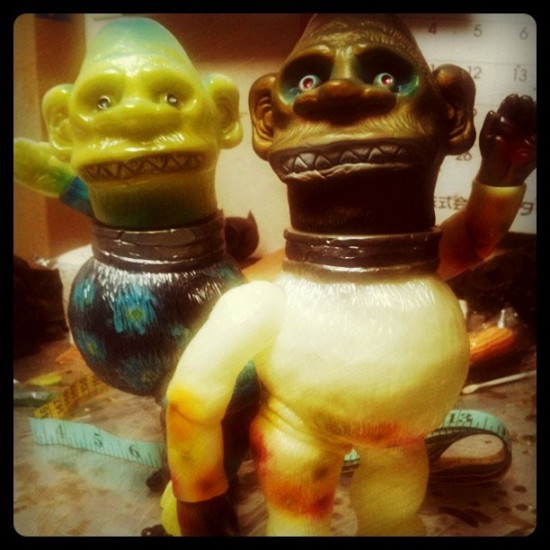 There is also be a painted version (GID head & hands with black body, lime, wine & turquoise sprays) being released at this weekend’s Superfest in Tokyo. Amy at Lulubell sends words that “Luke will hold some back for US fans, so no need to pay Yahoo Japan prices for that version!” Nice.

I have a bunch more photos from Luke, like unpainted black and unpainted GID, what EM looks like close up, what he looks like glowing and a whole bunch of dismembered body parts on shelves. Click through if you want to see them, and I’ll tell you how World Wide Words defines “ensorcelled”. How do you turn that offer down? 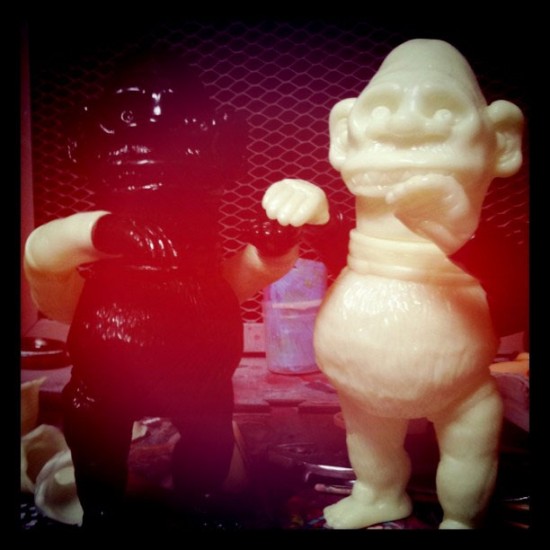 World Wide Words is a website where “Michael Quinion writes on international English from a British viewpoint.” We find “ensorcelled” in the “weird words” section. 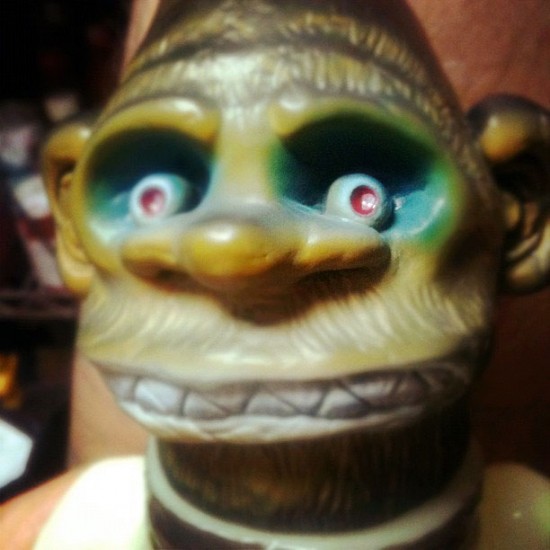 Ensorcelled comes via the Old French verb ensorceler from sorcier, a sorcerer. It goes back to Latin sors, the destiny, fate or fortune of an individual. Despite the ancient pedigree of the words from which it comes, the verb ensorcell appears in English only in the sixteenth century, and that briefly. It began to be popular in the nineteenth century, the classic examples being in the Arabian Nights stories translated by Sir Richard Burton, which included The Tale of the Ensorcelled Prince among those told by Scheherazade. “She came forward swaying from side to side and coquettishly moving and indeed she ravished wits and hearts and ensorcelled all eyes with her glances.” 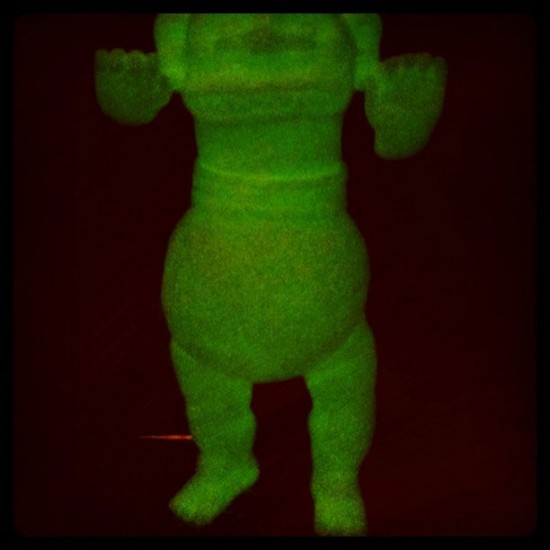 Hmmm….even with those NINE points of articulation, Ensorcelled Man isn’t going to be swaying in any kind of “coquettish” fashion. Quinion continues:

It has become more common since, though it’s hardly a word you will expect to find in your daily newspaper. It’s usually regarded as literary or poetic but is most frequently to be found in sword-and-sorcery fantasy novels.

And there you have it. Grody Shogun Ensorcelled Man is available in the colorways shown here through Monday morning at Lulubell Toy Bodega. 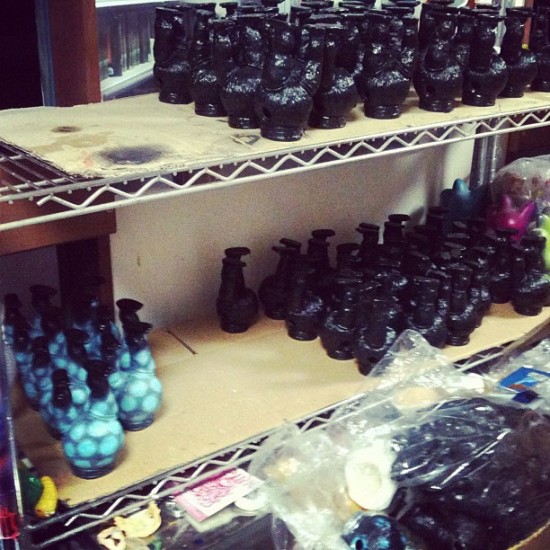