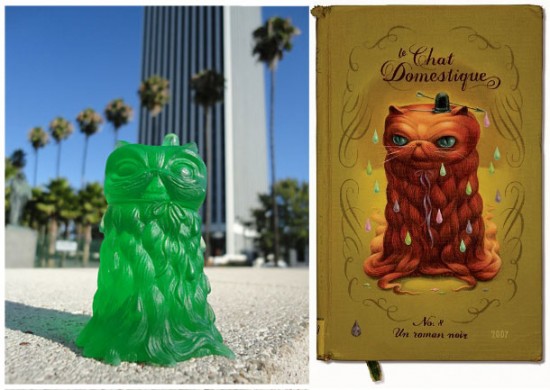 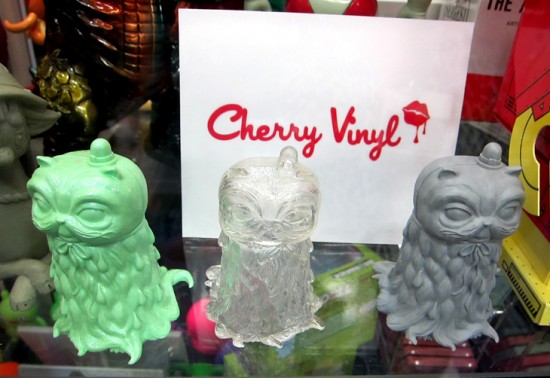 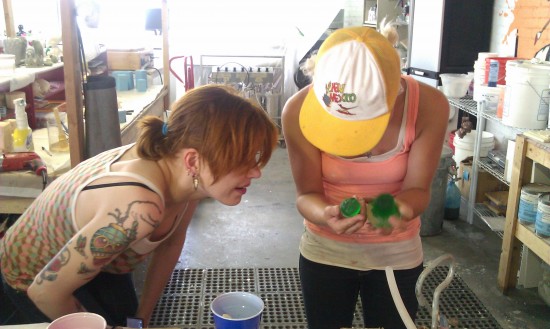 And now, it looks like Femke Hiemstra herself has pulled a sweet, translucent green cat! In an interview with Giorgia Mannucci on the Pretty in Plastic blog, Hiemstra talks about inspiration and cats:

There’s always a bit of Noodles in all my cat characters, but this one was inspired by a dog. An Afghan hound, to be more precise. I saw one in my neighborhood and watched his long wavy hair. It made me think about people ‘molding’ animals into a shape that we think as beautiful and it made me think about Persian cats as well. (Although there’s a lot to be said about the human influence on animal looks, it’s not exactly what I wanted to get into). An image of a cat with long hair appeared before my minds eye. Sitting straight, and a bit grumpy looking, in contrast with it’s elegant filaments as if it was unhappy with his own appearance. ‘Le Chat Domestique’ or ‘The Domestic Cat’, a surreal portrait of a house cat was born. 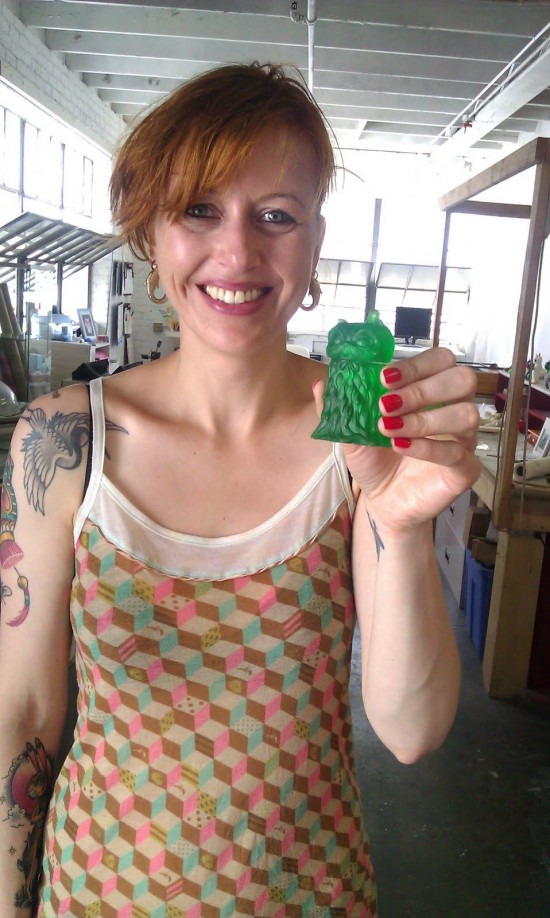 Inspired by a dog??? Blasphemy! I hope Cherry Vinyl tucks this kitty into a cat carrier covered with Hiemstra’s illustrations. This is a case where I know in advance I’d hang onto the packaging. Keep up with Femke (and Le Chat) on her blog. Rad all around!