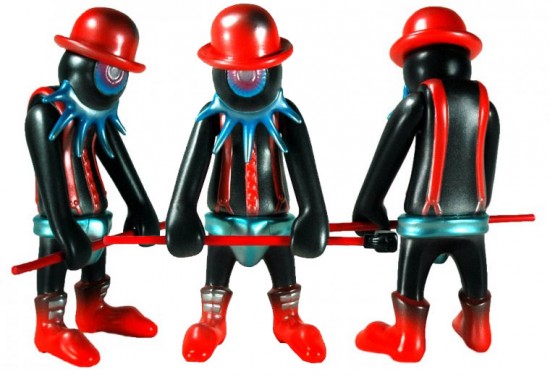 Last weekend was an excellent one for next level toy art openings. The Midwest got hands on with Squadt Assembly at Rotofugi and the West Coast channeled the Far East with Creature Feature at Toy Art Gallery. 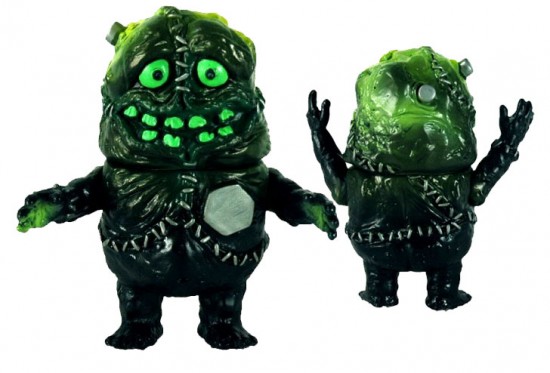 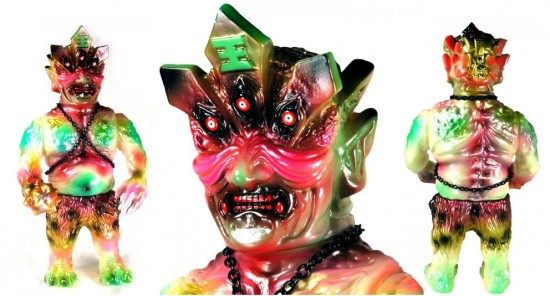 The artists painted more than 100 unique figures for Creature Feature, and the palette was distinctly “anything goes.” (It’s borderline bad acid trip, and I mean that in a good way.) My eyes keep lingering on the figures with really out there color combinations. There are pieces with paint applications that ought not to work, and yet they do. Testament to skilled painters and artists who know their characters and their craft. 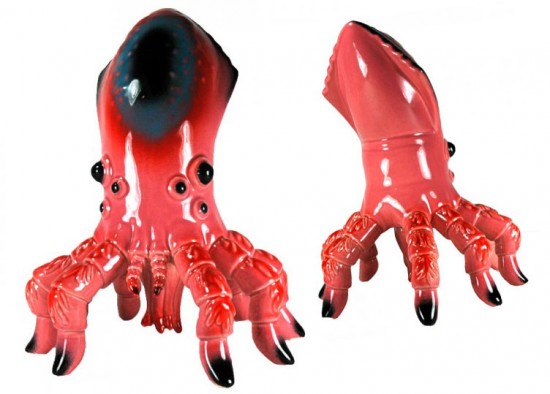 Here’s Splurrt on the duality of toy collectors:

I try to make toys cherished by both parts of the collector: the preservationist and the inner child. [I make] items that channel the disgusting yet fun monstrosities of the toys loved in our youth yet are finished with so much care that they no longer seem meant for play. [Rather, they’re] for carefully admiring and keeping safe from receiving the smallest blemish. 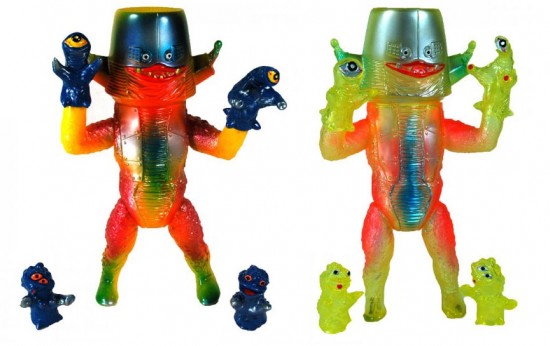 Here’s Munktiki on his influences:

While I love Japanese vinyl and collect avidly, I strive to put my efforts towards ceramic creations first. Main reason being: it’s my medium of choice, but secondly it feels right to me… Japanese-inspired designs done in a historically famous Japanese art form. My process of character design is usually always inspired by an older Japanese character. For example, Takoshi is my take on Kamen Rider. The Ape, Japanese King Kong. Character design also includes a story, [and] I like to figure out how each new character fits into the same world. This Tokusatsu-like story almost seems real to me now and I get excited adding new additions, imagining their interactions as if I’m watching it all on TV. 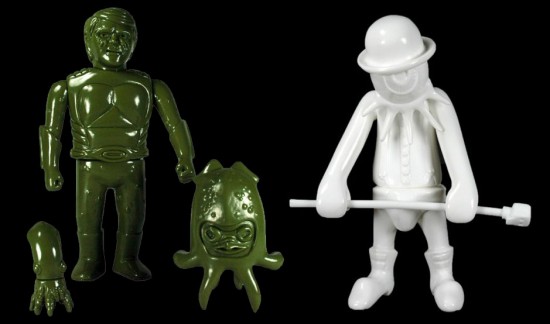 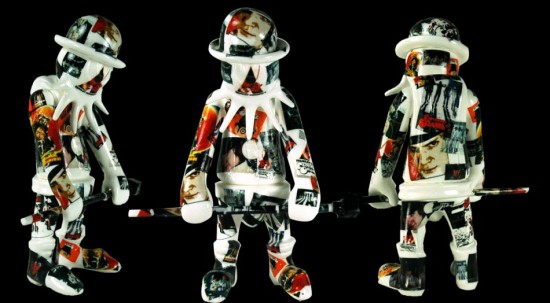 Click through for some more of my favorite pieces from the show. 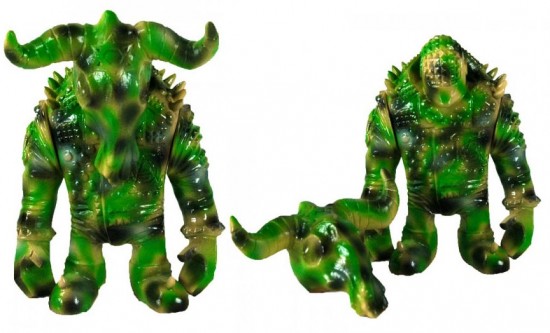 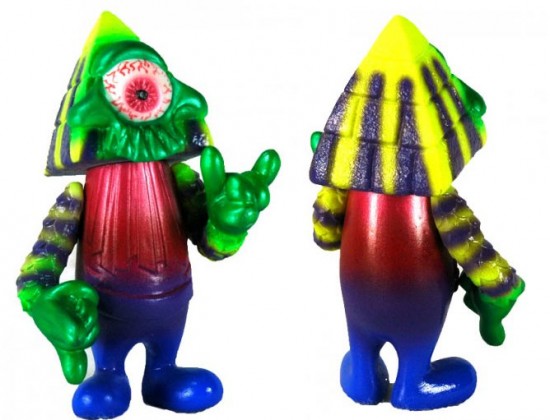 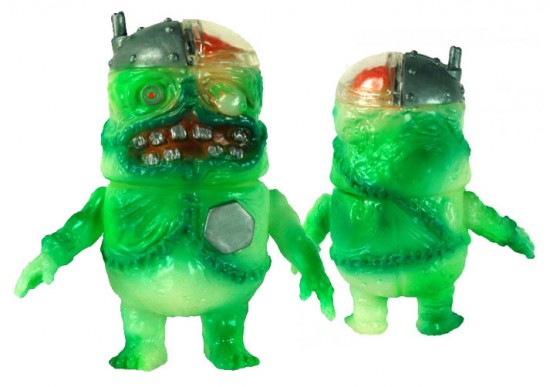 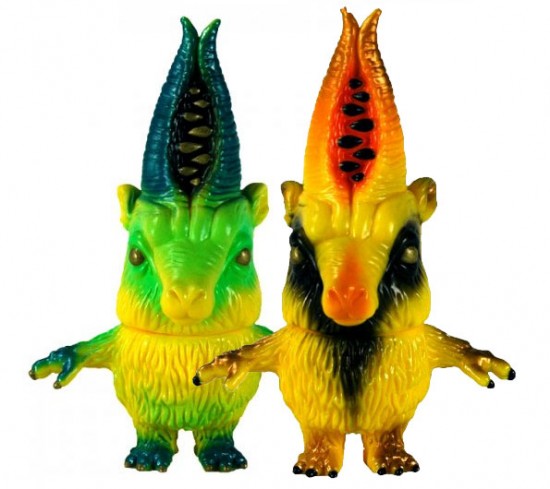 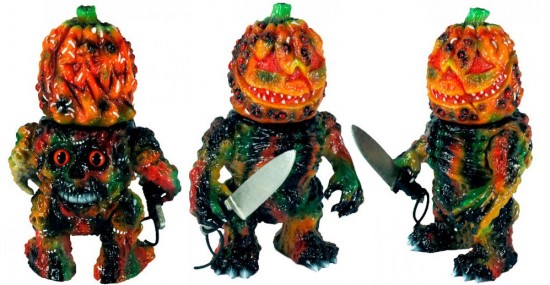 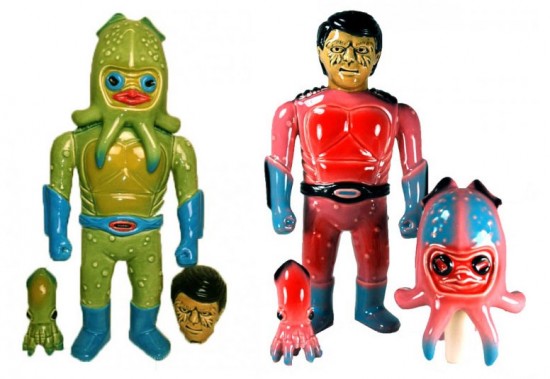 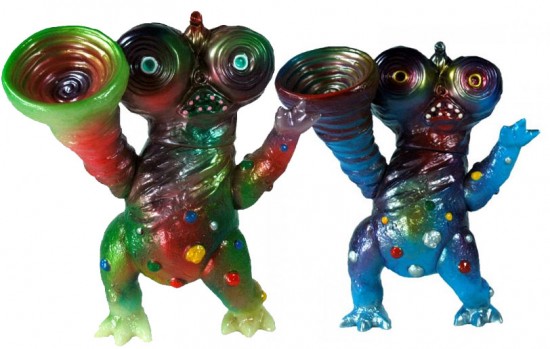