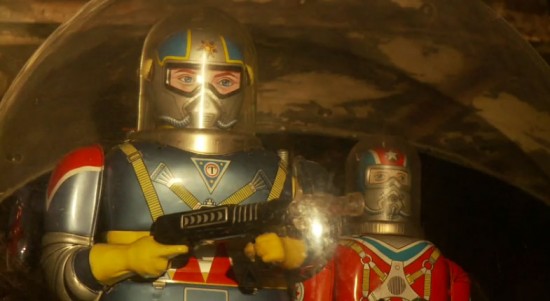 Roberto Shimizu is an eloquent orator on the subject of collecting objects:

Shimizu and his son live in Mexico City and share their toy collection through the Museo Del Juguete Antiguo en Mexico (The Mexican Antique Toy Museum). 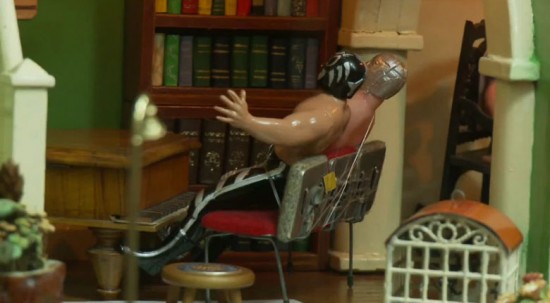 Shimizu Sr. and Jr. have love and pride in their collection and their country.

Shimizu Sr.: “And I said: Mexico is a great country…It’s not just toy history. It’s the history of the Mexican economy.”

You can learn a lot about a culture through its toys…through its POEMCO. 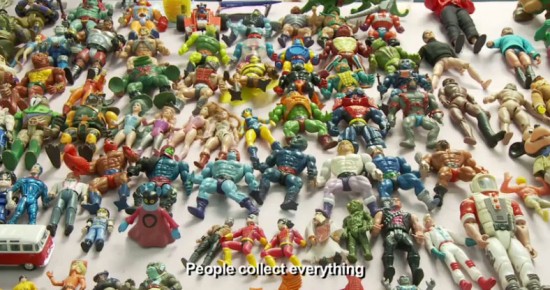 The Shimizus feel duty-bound to share what they’ve collected and learned, though they have slightly different ways of articulating it.

Shimizu Jr:”Mexico is a great country. Mexico has some hidden treasures that no one in the world can see. But if you open your eyes and see them, bitch, you’ll say, this country rocks.”

After watching this video, I can only agree: bitch, this country rocks!

Here’s a gem of a quote on collecting from Roberto Shimizu:

“Some people say that it comes from a feeling of insecurity. Other people say it’s related to plunder, to hoarding. But of course, it requires an eye to see something in the objects, something that others didn’t see. Not only did Lord Elgin take the marbles from Greece to the British Museum, but he saw something in them that others had not seen. I saw something in street toys. I saw moments of joy, and perhaps the fear that this Mexico was disappearing. It was the fear that made me want to preserve those memories.”

Click through for some great film stills I captured. Incidentally, I learned of the Museo Del Juguete Antiguo en Mexico through Mark Nagata. When you’re watching this video, wouldn’t you agree that Roberto Shimizu and his son are exactly like Mark and Max Nagata in 10-15 years?! Check out this picture for reference. Awesome. 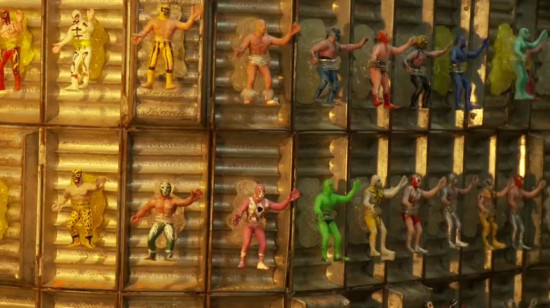 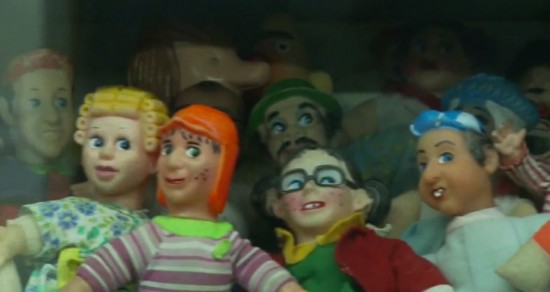 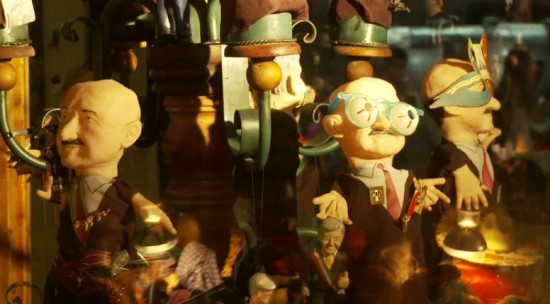 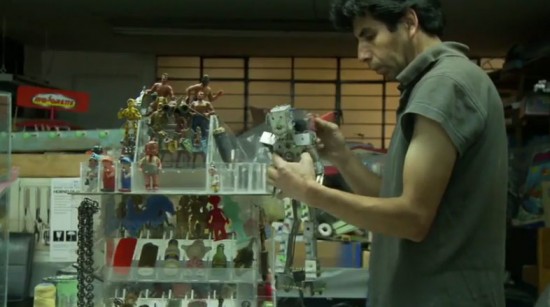 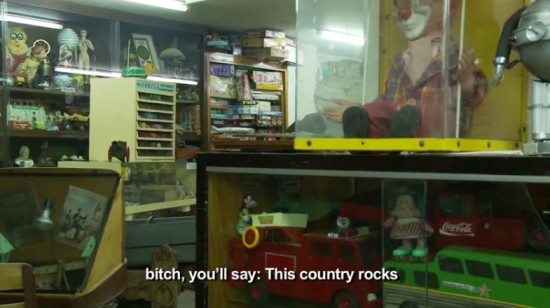