In August of 2010, London-based duo Paul Delfgou and Daniel Kohn burst onto the designer vinyl scene with Arts Unknown. Despite a depressed economy with lackluster toy sales, they had a strategy. By essentially “pre-selling” $100 memberships, they could fund their first designs and offer fans a members-only designer toy in an exclusive colorway. By May of 2011, they’d sold most of the allotted memberships. 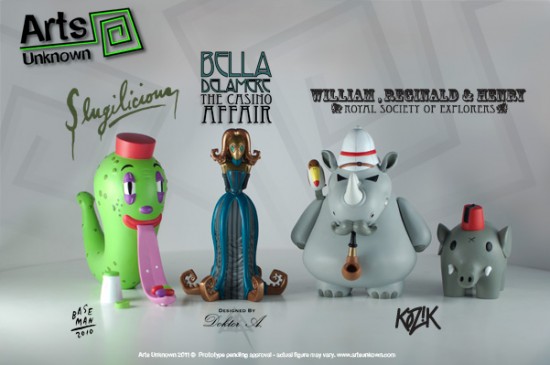 An email on May 25th mentioned that 151 of the 175 memberships were already spoken for. This missive also estimated their three premiere figures (by Doktor A, Frank Kozik and Gary Baseman) would be released in the 3rd quarter of 2011 in editions of 350 for $100-$110 a piece. It all seemed very promising.

But in May 0f 2012, a year later, Arts Unknown emailed factory photos of all three figures…as unpainted prototypes. In late June, Delfgou sent another email letting members know that there’d been a further, more serious, delay. A week before the finished pieces were supposed to be shipped out, the Chinese factory informed them that their figures had never been put into production and would now experience at least a three-month delay. 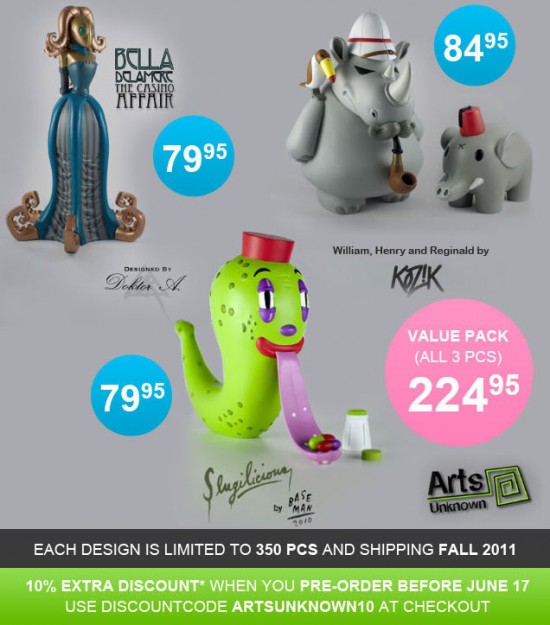 Fall of 2011’s release date was now a thing of the past. The new ETA for the Doktor A, Kozik and Baseman toys is early November of 2012. This is based on the factory beginning production this month with an eight-week process and a three-week journey from China by boat.

To their credit, Arts Unknown has been communicative with the artists and collectors. They describe Doktor A, Kozik and Baseman as having been amazing to work with, and they intend to circumvent the Chinese factories by using a production house in California in the future. They write: “We’d much rather pay more to produce our pieces and deliver them on time as opposed to paying less and being forced to mess you guys around. All I can do is, once again, apologise and thank you for your patience. I promise that it will not be like this in the future.” 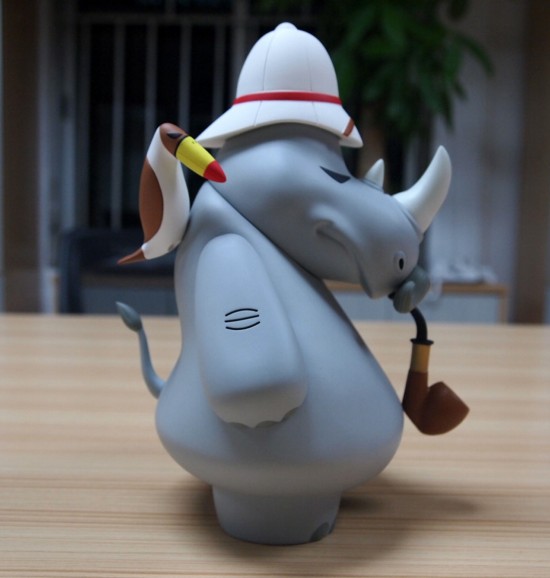 Arts Unknown also offered refunds to members who’d forked over their money almost two years ago. Although fans may have grumbled and disappointment is inevitable, the artists I spoke with still had an optimistic outlook. Per Kozik: “The last round of samples I saw of my stuff were amazing.”

So what do you do if you’re a designer toy fan who isn’t content to view digital pictures of samples? If you’re Cassidy Wingrove, a second-year student in the Modelmaking program at The Arts University College at Bournemouth, you take matters into your own hands. 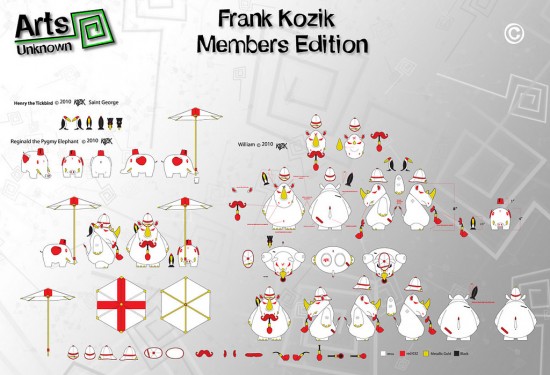 In my second year of university, I had the opportunity to explore one area of modelmaking that i was very passionate about: designer toys. I looked at how the process of making a designer toy works and put my research into practice by making a copy of this design by the legendary Frank Kozik.

To ensure the piece is not seen as a bootleg, Wingrove points out on the project’s Behance page that the “copyright for this work is exclusively held by Arts Unknown and Frank Kozik”. 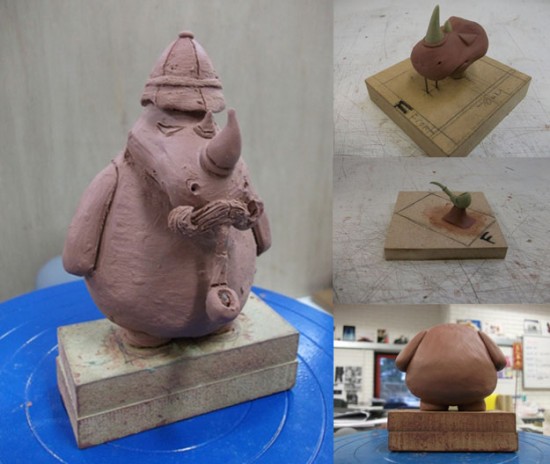 The student modelmaker began with sketches based on Kozik’s spec sheet and turnarounds. This was followed by meticulously recreating the original sculpts in clay, making silicone molds, casting the parts in resin, and then priming and sanding them.

The piece was finished with acrylic paint and airbrush, and it’s a quite an impressive doppelganger if you ask me. It’s common for fine art students to learn technique by copying The Masters. It seems like the process of recreating a favorite toy is a terrific way for budding toymakers to learn the ropes (as well as gain an appreciation for all the work that goes into these pieces). Well done, Wingrove! What do you think?