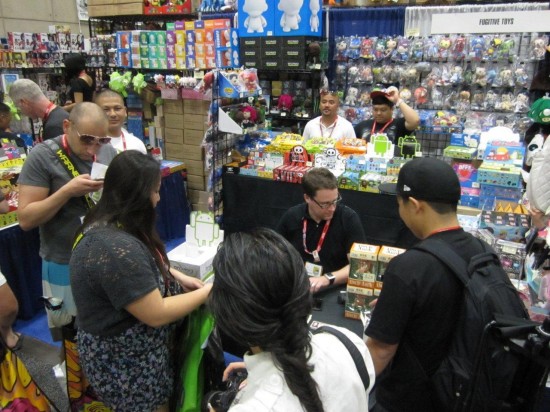 The only company whose setup made even less sense than MINDstyle’s presence at Comic-Con was Toy2R‘s sad little metal rack of a shared booth. I’ve seen peoples’ garages on TLC’s Extreme Couponing look better than this display. Except for Scott Tolleson‘s Uncle Argh Qee, see anything Toy2R in the pic above? Not really? Here it is: 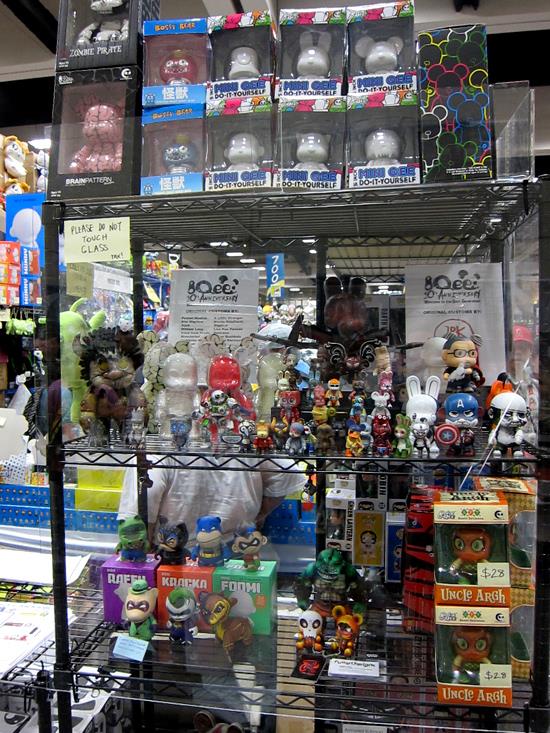 To really understand why this is such a fail, I need to remind you that Toy2R was my gateway into designer toys in the early 2000s. I have tons of the little plastic suckers, and for a while, 2.5-inch Qees were all I collected. Until a couple years ago when I finally gave up, I was routing for them as the underdog in the platform toy wars. There was a spark of hope last week, in a conversation with Toy2R USA’s Kevin Winnick about the company’s future, but crossing the treacherous exhibition hall from the Cultyard’s mid-4000s to the 600s (where Toy2R was located) for this? Ummm…yikes. 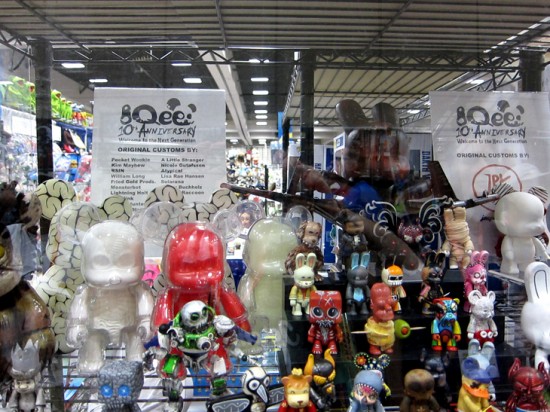 There was no real signage indicating Toy2R’s booth (out of embarrassment?). I was standing INSIDE their shared booth with Fugitive Toys, and I asked the girl working behind Fugitive’s counter where I could find Toy2R: SHE HAD NO IDEA. The place was jam-packed with Kidrobot’s Munnyworld and more Mighty Muggs than I care to post pictures of. I gotta say, that if THIS was Toy2R’s only option for presence at Comic-Con, I would have sat this year out. 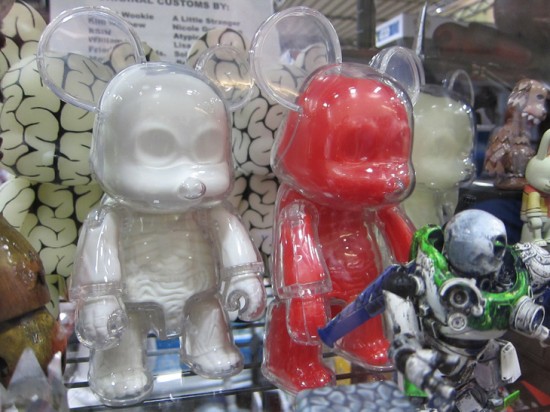 The final blow came when I asked if I could see the new Visible Anatomy Qees up close. Not only are these a very lame revision of Jason Freeny’s concept Qee, but the dude working behind the rack had no information on them and was afraid to take one out of the case because “they’re very fragile”.

When you sit back and think about what Toy2R used to put out on a regular basis–from Gary Baseman to Dalek to Kozik to Jaime Hayon to Touma to Ledbetter to MCA and all the Ox-Ops–the mind just spins. Sad.