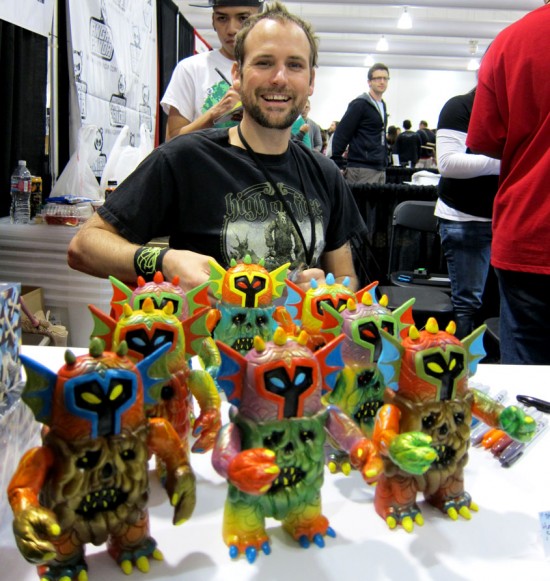 According to a recent tweet from Brian Flynn, Skinner‘s The Outsider was once an idea for Super7‘s Monster Family. However, the sculpt was too complex for the smaller scale vinyl figures. 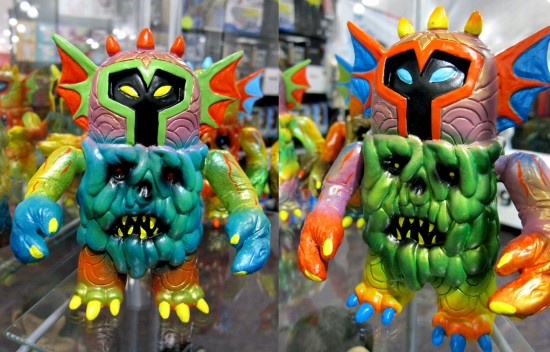 So Skinner decided to DIY. Just like Huck Gee said, “Sculpting and casting is the new graffiti”. Motorbot cast the 8-inch Outsider in resin. Skinner hand-painted an edition of ten. And fellow Sacramentoers, Dragatomi, scooped them up. They are currently available online here.

I saw The Outsiders right when I walked into DesignerCon on Saturday morning. I was early with my press pass, and I think my logic for not trying to snap one up immediately was worrying that people would think I’d used my press “cred” to sneak early deals. [I’ve also got my eye on Skinner’s set of LOVE MOVEMENT customs that arrived recently in the mail…] 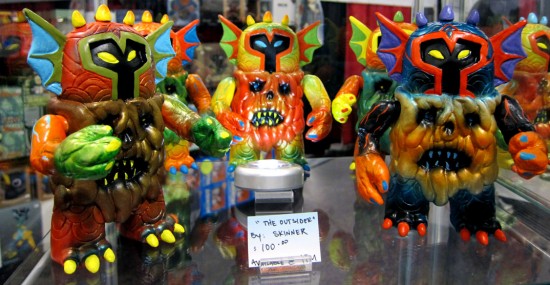 It might be hard for you to tell what’s happening in this photo, so I’ll just volunteer that Skinner is showing Buff Monster how to walk like an Egyptian. 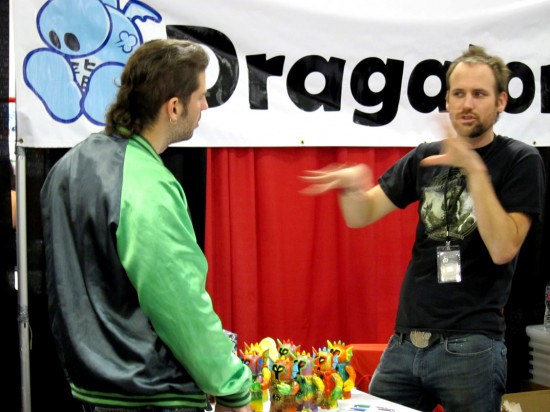 Going against form (for me), I left DesignerCon not with resin or plastic-based Skinnerisms, but rather this green Lurker plush sewn by the lovely Lindy at Color Ink Book‘s booth. Don’t sleep on Skinner’s Outsiders though. They’re 8-inches of resin hand-cast by Motorbot and hand-painted by Skinner. What’s left of the edition of just ten pieces is available online here. 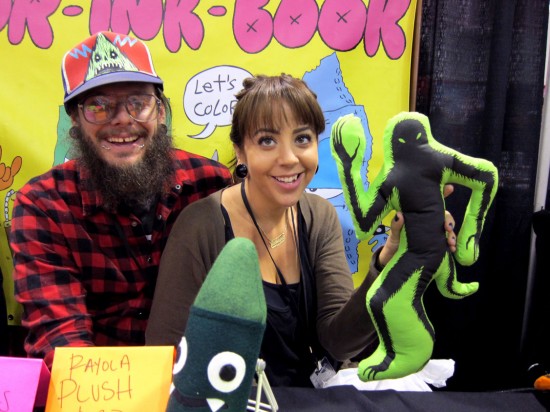