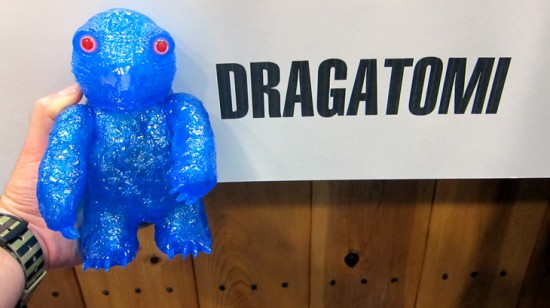 Bob Conge‘s first vinyl figure, Molezilla, made its debut in blue at SDCC on Wednesday (Preview’s Night) at the Dragatomi booth. I’d been wanting to get my hands on it to try to understand what the big deal with making “Japanese-style” vinyl in the USA was all about. My response is that Veracious Vinyl represented Bob Conge’s resin work in the vinyl medium pretty well. 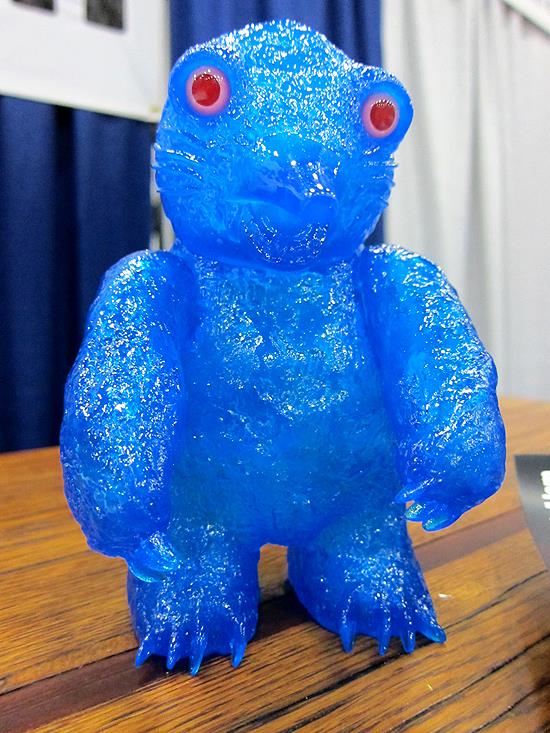 It does, however, seem like an odd choice for a first figure from the LA-based upstart vinyl company. Some people I talked to think the Molezilla is a bit of a cop-out: a figure so textured and asymmetrical that it’s hard to judge the quality of the “sofubi” itself. Also, the whole race to make “Japanese-style” vinyl in the US appears to be of interest to mainly only folks in the industry. Not one single person I spoke with cared where their vinyl toy originated, as long as they liked the toy. Unfortunately for Molezilla, at least in the random survey group I got, they didn’t dig this guy. 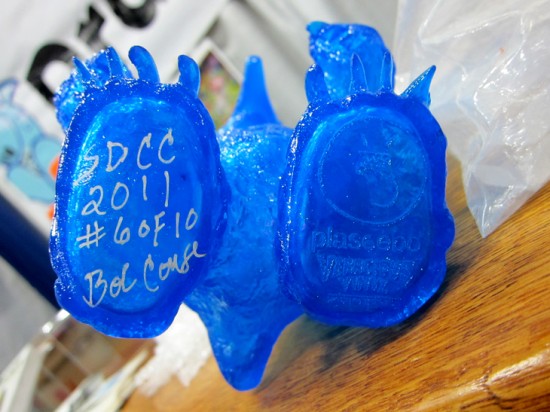 All that being said, it really is an achievement to have a vinyl figure made in LA. Consider the timeline of Conge’s Kickstarter project to raise funding for Molezilla. Although I don’t know how long Veracious Vinyl had been working with him on it, Conge achieved his funding goal on June 16th, and the toy was in a glass case in an edition of 10, signed by Bob, on July 20th. That’s quick.