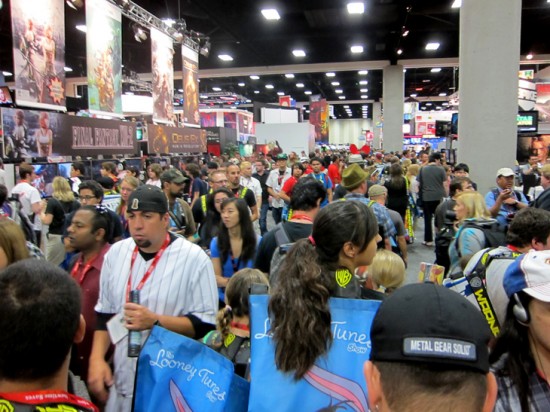 One of the best parts of any counter-culture convention is free: people watching. You never really know who (or what) you might run into. Case in point: Check out Darth Vader totally photo-bombing Matt Hisey and Chris Ryniak. What a douche! Scroll through for a bunch of my favorite costumes at Comic Con 2011. Special bonus celebrity sighting if you make it all the way to the end! 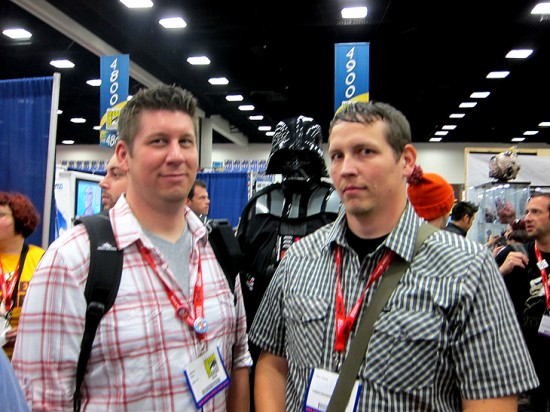 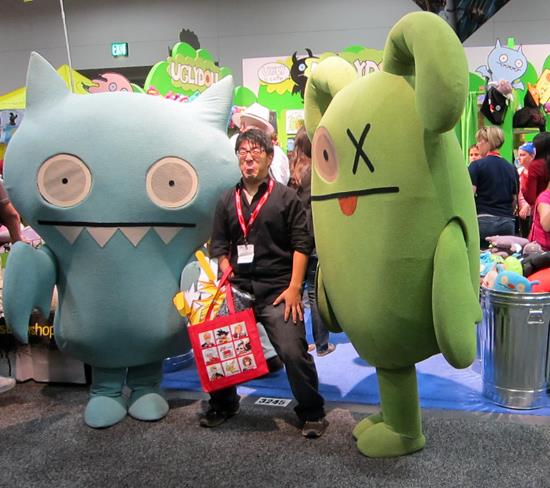 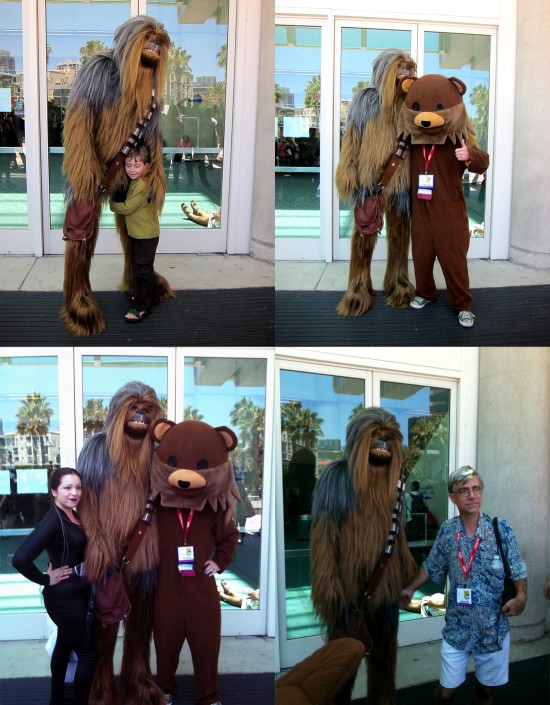 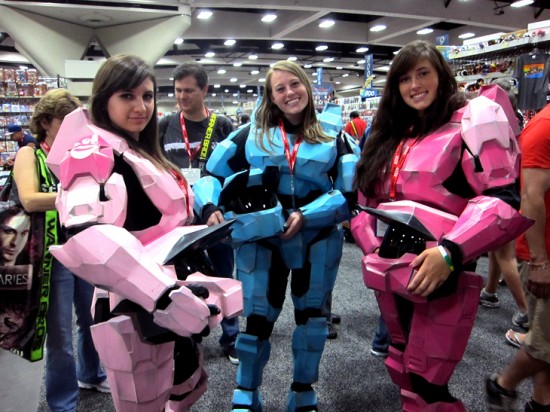 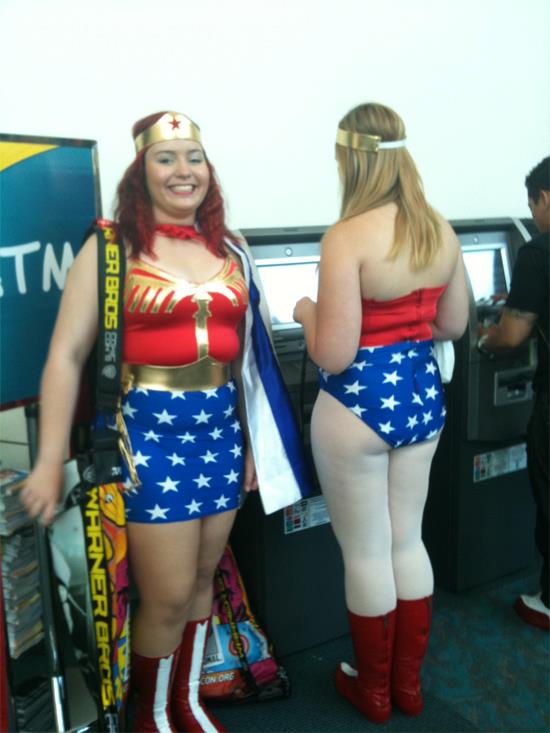 They’re not Electroclash on No Heroices: Wonder Women at the ATM. 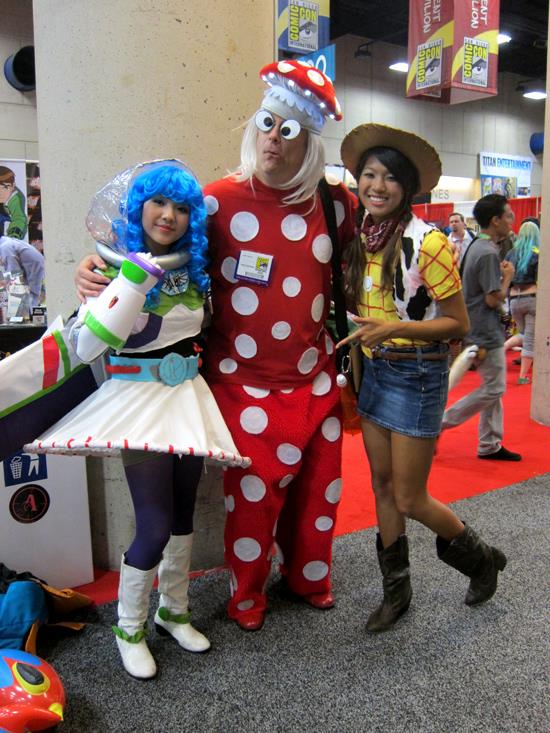 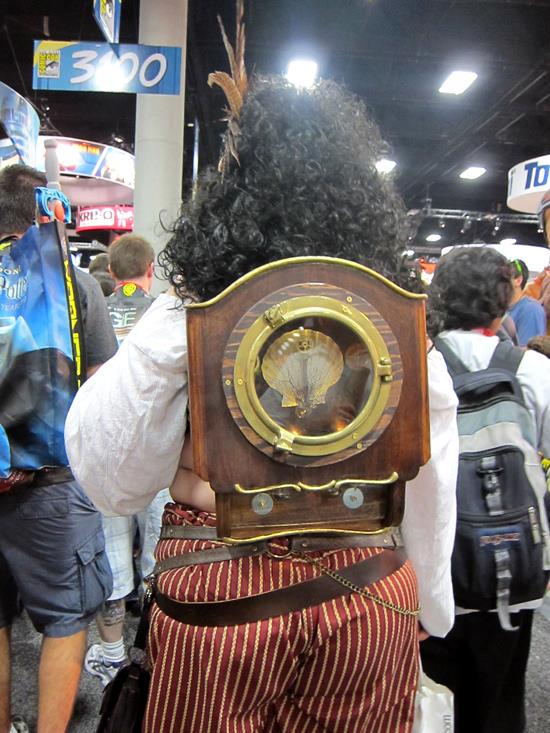 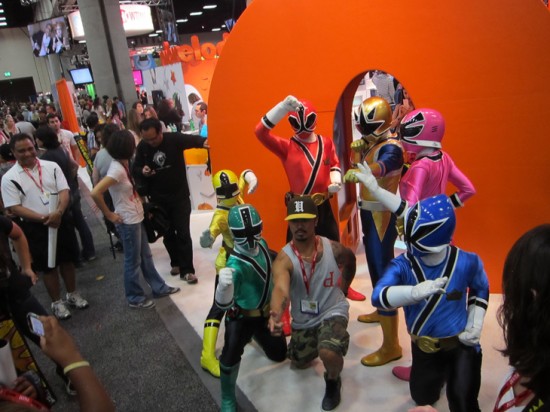 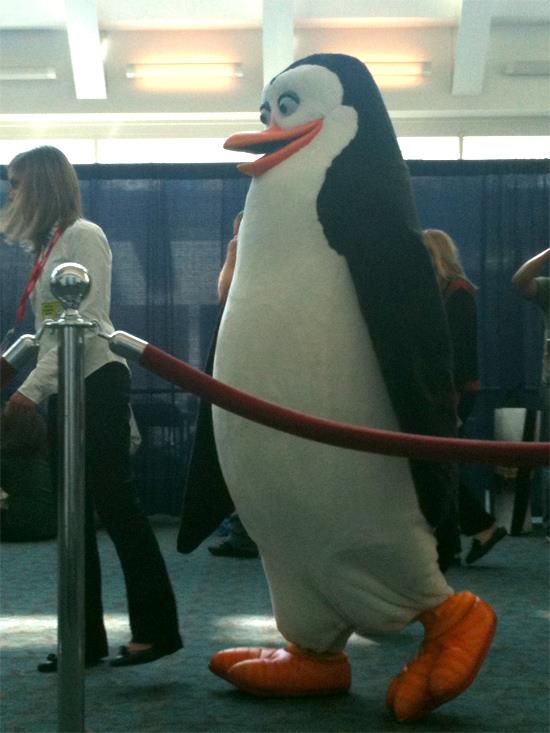 This picture is accompanied by a Morgan Freeman voice-over. 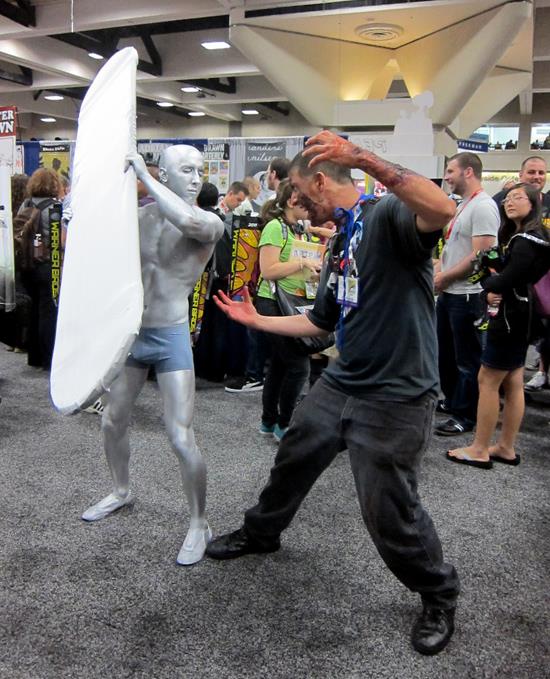 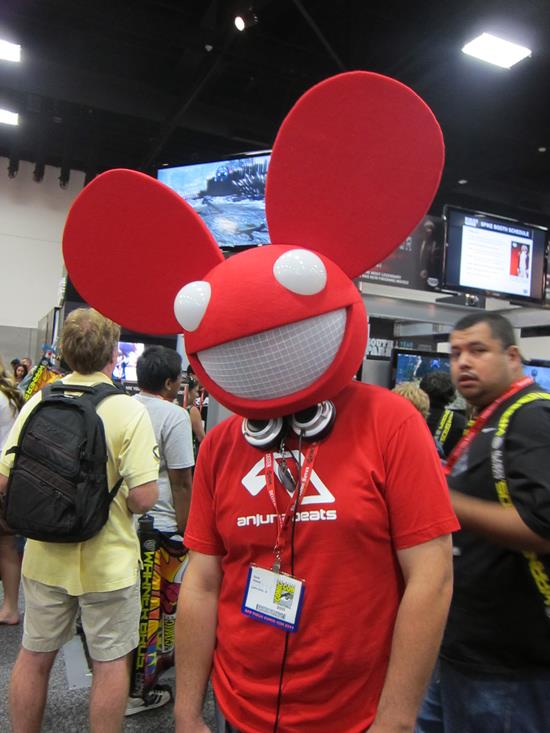 Not Deadmaus. Also Not Dalek. 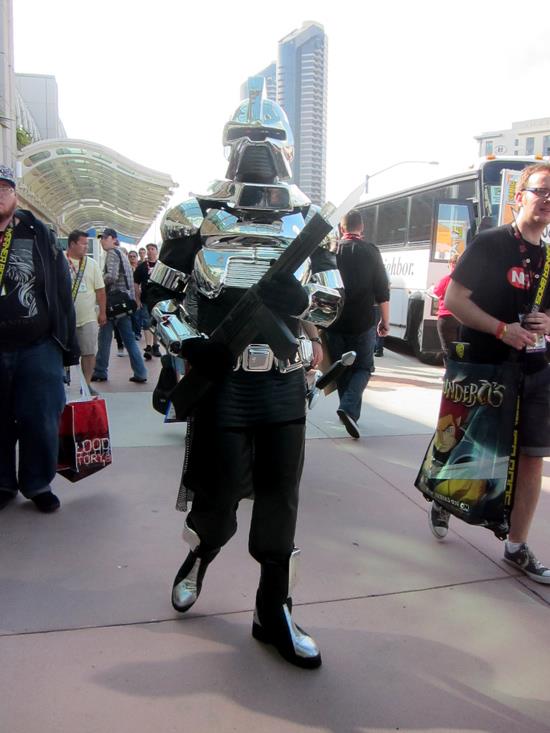 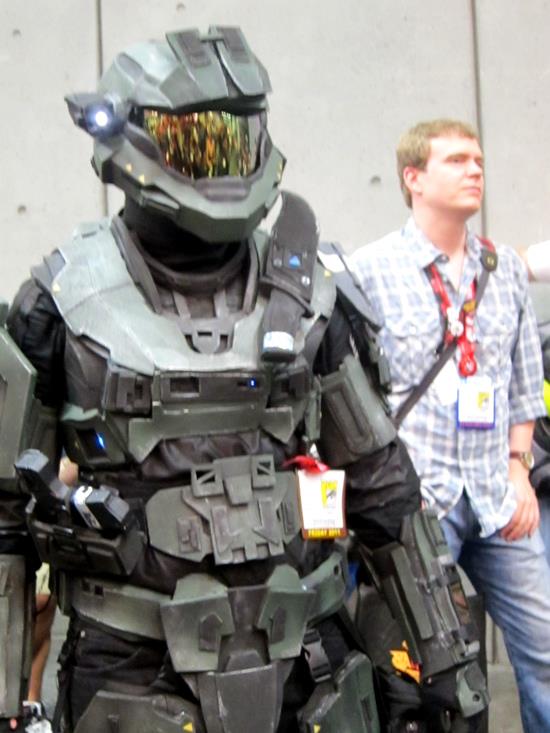 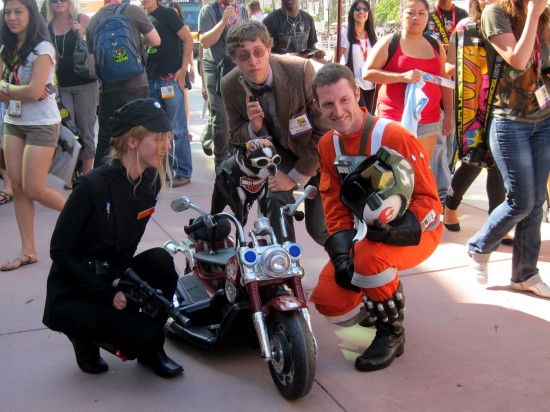 Chopper the Biker Dog and Friends 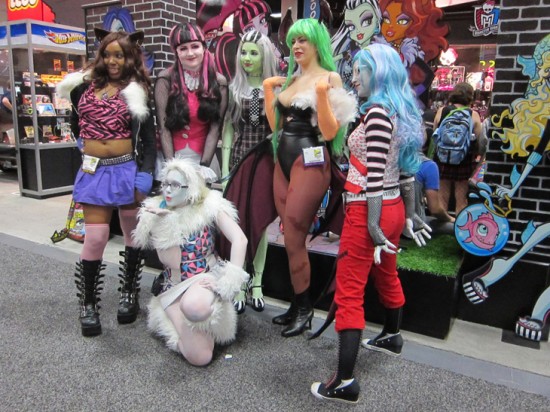 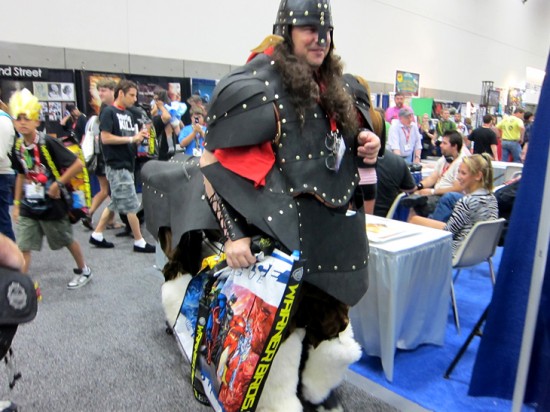 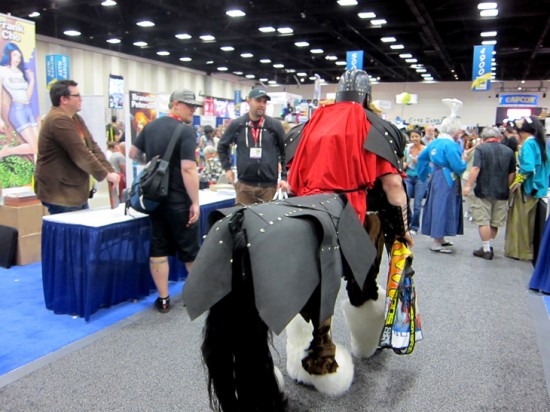 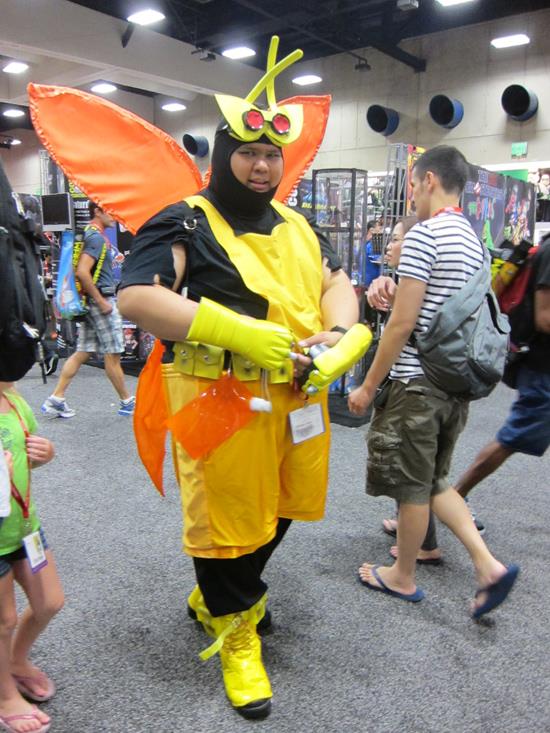 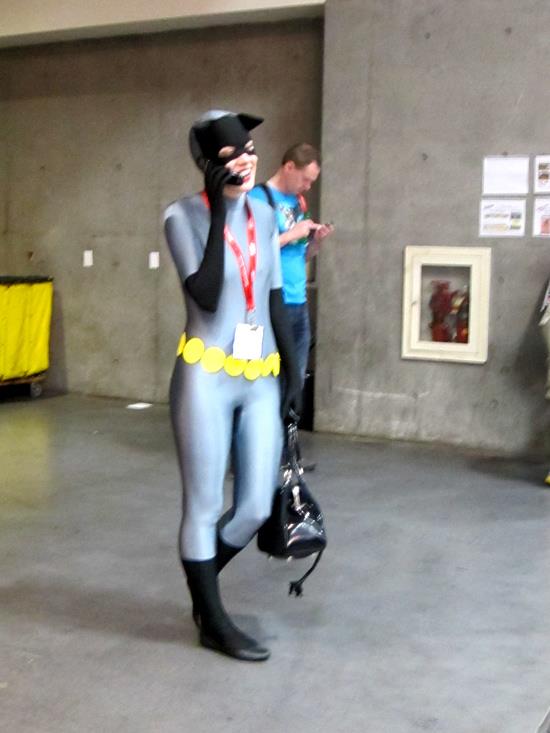 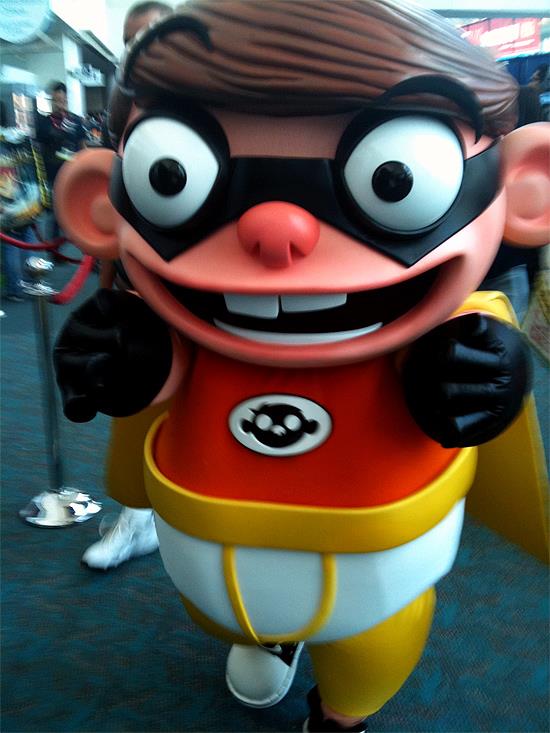 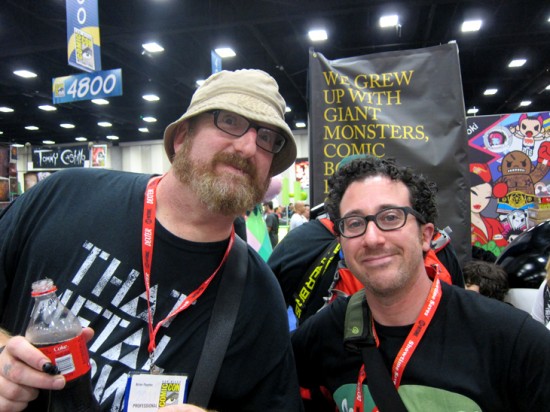 Brian Posehn and me!

OK so if you’ve made it this far, here’s an extra bonus: me with super funny dude, Brian Posehn! I saw Brian in the Cultyard last year, but nerves got the better of me, so I remained, ya know, cool and aloof. This year, I asked if I could take his picture, and he said he’d prefer to pose with me. Generously, he even leaned over so that both of our heads could be in the frame at the same time. Brian played the best gay, stoner, metalhead ever on The Sarah Silverman Program. I’m not sure if this Comedy Central clip is going to embed in full, but track down the episode called Lesbian or Muffin Man in which Brian’s character has an epic triumph of wills with his boyfriend (played by Steve Agee) over the soft drink, TAB.