This week, Mark Ryden’s Dodecahedron exhibition opened in New York, but a scene that could be pulled from one of his paintings unfolded across the pond. Though serendipitous, the surreal events are unconnected. 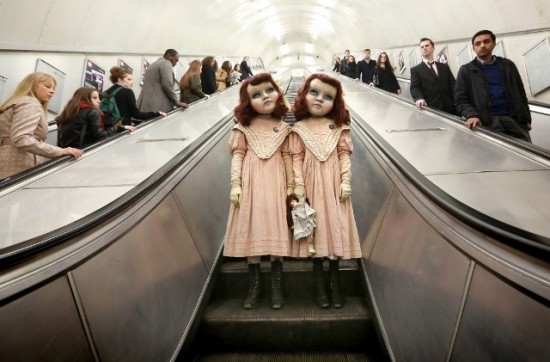 The Creators Project reports that two life-sized Victorian dolls have been spotted around London locations like the Charing Cross Tube Station, Oxford Street, Regent ‘s Street, and Hamleys, the world’s oldest and largest toy store. Dressed in period clothes, they creepily clutch toys and push an empty pram, which for you non-anglophiles, is a stroller. 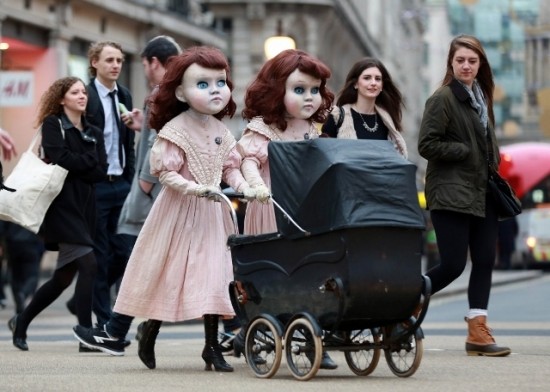 If not Ryden, then who’s responsible for the Victorian dolls’ hi-jinx? UK-based illusionist, hypnotist and psycho-social experimentationist, Derren Brown lays claim to the psychological PR stunt. The Metro quotes Brown:

The Victorian dolls, who have popped up around London this week, are just a taster of what my new attraction has in store for visitors to Thorpe Park next spring. I believe we are moving toward a future where theme park attractions not only give you a physical experience but also play with your mind and the concept of what is real.

Brown mentions that a staff of 1,000 people are working on the 13-minute ride, set to debut at England’s Thorpe Park in March of 2016. 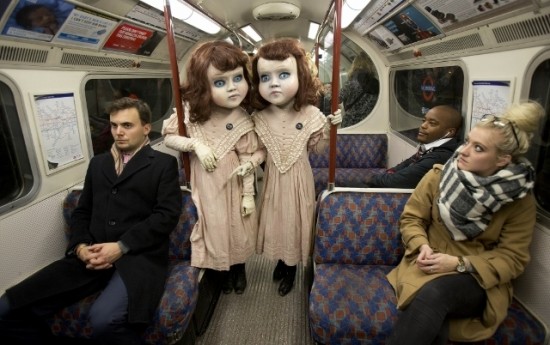 Wikipedia tells us that Thorpe Park is an amusement park built in the 1970s on the gravel pit remains of the former Thorpe Park Estates. Partially flooded, there is a water-based theme for the park, which gives way to its slogan an “island like no other.” Brown’s “psychological attraction like no other” promises to take thrill-seekers on “a twisted journey where the boundary between fear and fun is strangely blurred.”

Until then, look for the life-sized Victorian dolls around London, and take some creepy selfies. 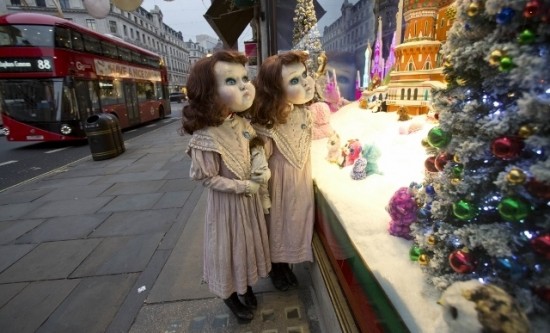 Still thinking about Victorian dolls? This week also, Dangerous Minds has a good read entitled Frozen Charlotte: the Creepy Victorian Dolls That Slept in Coffins and Were Baked into Cakes.