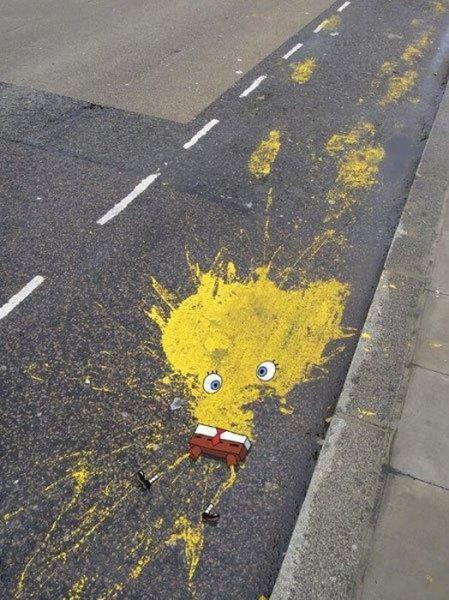 Why is it not the least bit disturbing to see Spongebob Squarepants meet a variety of unfortunate fates? I’ll tell you why: because Spongebob perseveres. We can look at this clever street art of Spongebob as roadkill (from Wooster Collective) and smile since we know that he’s a damn cartoon sea sponge, and he will bounce back. Spongebob for president!

Click through for a look back at some of my favorite moments in Spongebob shame and pain.

Most recently, we saw Spongebob take a canister of pepper spray to the eyeball here. 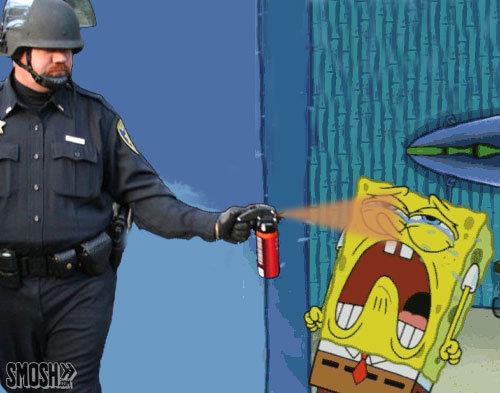 Before that, he appeared facing a wall with his hands up, clearly the subject of a citizen’s arrest here. 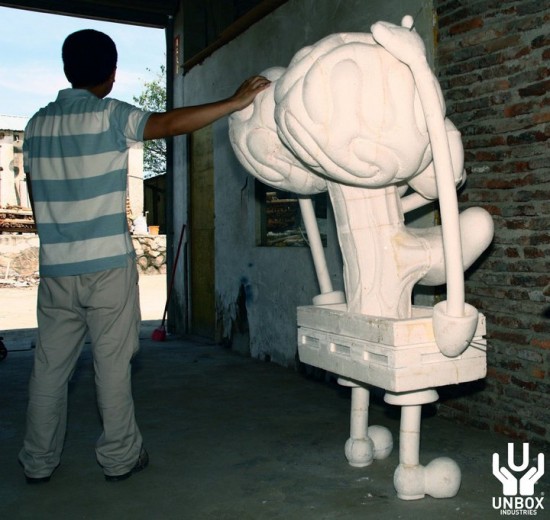 If only Spongebob’s problems were limited to civilians, emphasis on civil. In this epic video from Times Square, Spongebob gets kicked square in the pants and then arrested by the NYPD. You really should watch it again (and again). 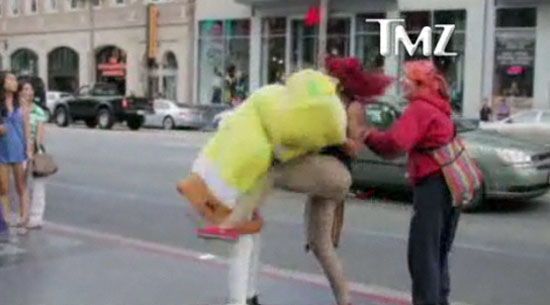