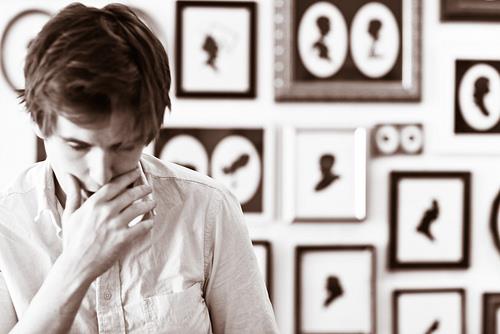 Great quote from Olly Moss from an interview with Slashfilm posted today:

People always ask how you justify doing work with pop culture. And it’s kind of a pretentious justification but if you look at classic art, a lot of it is religious and mythic iconography and symbolism. Now a days it’s a similar thing. It’s just instead of having Hercules, Athena and Apollo it’s Darth Vader and Optimus Prime. More stuff that you recognize, stuff that you have an instant connection with, stuff that stands for the same concepts.

For those who are not yet familiar, Olly Moss is a 24-year old designer from the UK who achieved fairly fast fame on the basis of his much-loved minimalist reinterpretations of movie posters. This weekend, he sold out 200 pop culture paper-cut silhouettes at Gallery1988 in LA. People apparently slept on the street the night before. Here‘s a 360 panorama of the gallery. Wow.