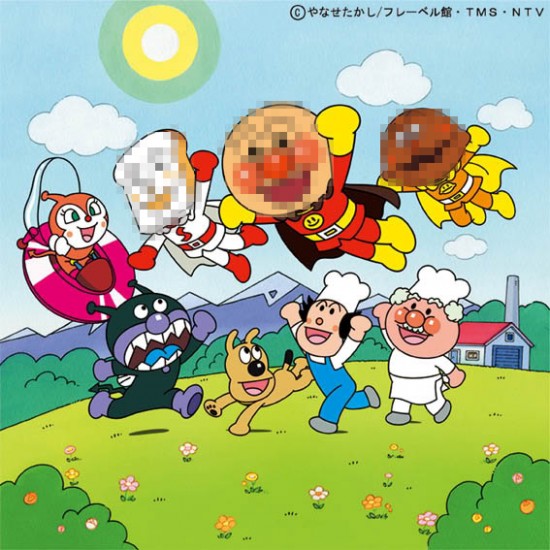 I love these moments when pop and politics collide. After reading Flavorwire’s fanciful post involving blurring the faces of people in famous candid photos, I saw the Photoshop blur applied for completely different reasons on Spoon and Tamago. Heeeerrrre’s Johnny:

Today is August 1st, which marks the beginning of Ramadan, a roughly 1-month period in which followers of the Islamic religion fast from dawn until dusk. Anpanman, the beloved Japanese animated cartoon series featuring a bun-shaped superhero who battles the scheming villain Bacteriaman, is apparently a popular export in the Middle East.

Why do I mention these seemingly unrelated topics? Because I was fascinated to learn that, during the period of time in which practitioners are abstaining from food, drink and other sensual pleasures, the faces of the animated characters who are inspired by popular snacks, namely Anpanman (sweet red-bean bun), Currypanman (curry-filled bread) and Shokupanman (sliced white bread), are censored out. I can attest that the show actually does make you hungry. Fascinating! Who knew?