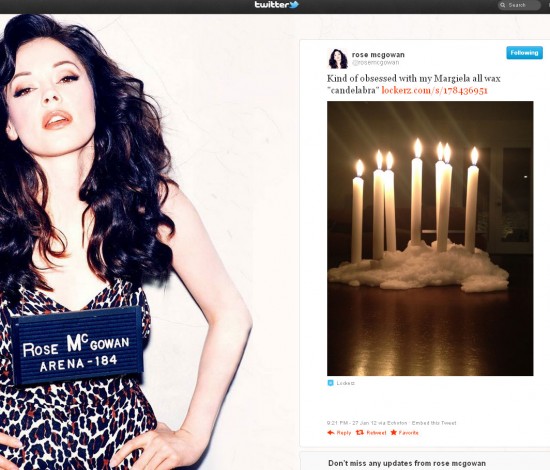 Maison Martin Margiela sells this candelabra made of wax. When you use it to light your candles, it becomes a melting, morphing artwork. Did someone just say ‘blah blah blah who cares’? Duly noted. 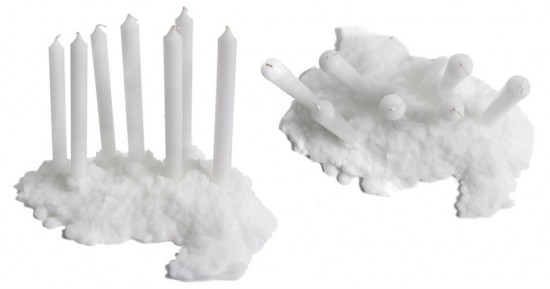 I found my way to the candelabra due to a tweet from @rosemcgowan, and I’ll admit, I was hoping for something more… titillating? (A candelabra shaped like an actual bra would be a sweet popject.) Call me old-fashioned, but when I see a link attached to this string of words (“Rose McGowan,” “kind of obsessed,” “wax,” “candle,” and “bra”), I click that link.  I was really hoping for more of a flame-shooting bra. McGowan is totally capable of this. Remember what she wore to the 1998 MTV Music Awards? (No? Maybe this helps?) Oh well. As you were.