Everyone knows bootleg toys are hilarious, and some (see: Sucklord, 2bitHack) have even realized they can be kinda hip. Well, Minneapolis-based illustrator and comic artist, Brad McGinty, has just raised the game. Meet Robert Cop: the T-shirt. 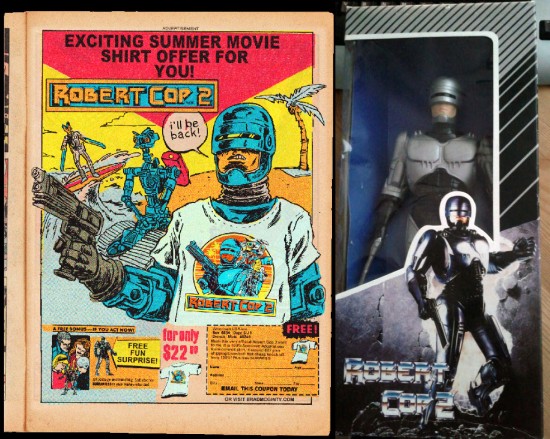 “Robert Cop,” explains McGinty, is not the “half-man, half-machine future of law enforcement [known as “Robot Cop” but rather], the officially unofficial Chinese bootleg toy”! He continues:

The first time I heard about Robert Cop was way back in the early ’90′s. There was a tiny picture posted in the toy column of Heroes Illustrated (a Wizard magazine knock-off, appropriately enough). It blew my mind! There was nothing funnier to 12 year old Brad than the name Robert Cop. I showed EVERYONE the tiny crappy photo that some reader had sent in. I couldn’t believe it was real. It was 100% comedy gold to me.

Now all grown up with a fun website, art chops, and the knowledge that gold (comedy or otherwise) only goes up in value, McGinty knew the time was right for a Robert Cop T-shirt. 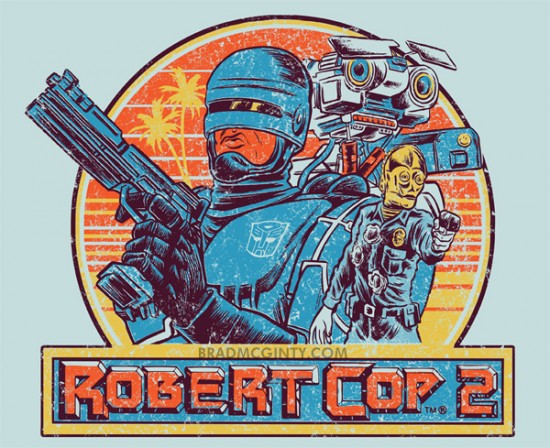 HELL YEAH! Twelve year old me is pumped as shit right now, and you should be too, because this shirt is fuckin’ weird. Robert Cop 2 features robots from all of my favorite 90s sequels, and now stands before you, ready to befuddle onlookers at all of the cool places that you hang out.

Remember when I said “art chops”? It appears that art may not be the only thing McGinty is “chopping”. This may or may not be an actual Robert Cop 2 bootleg action figure, and it may or may not be included with the first 25 orders of the aforementioned Robert Cop T-shirt. Click through for a sneak peek. 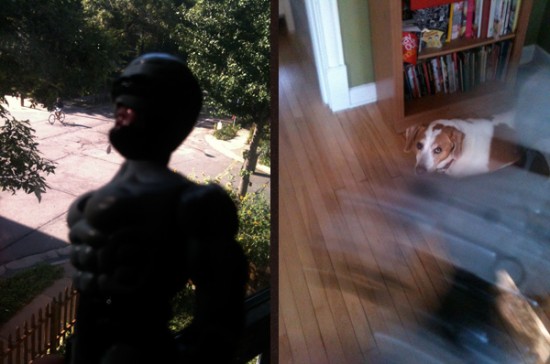 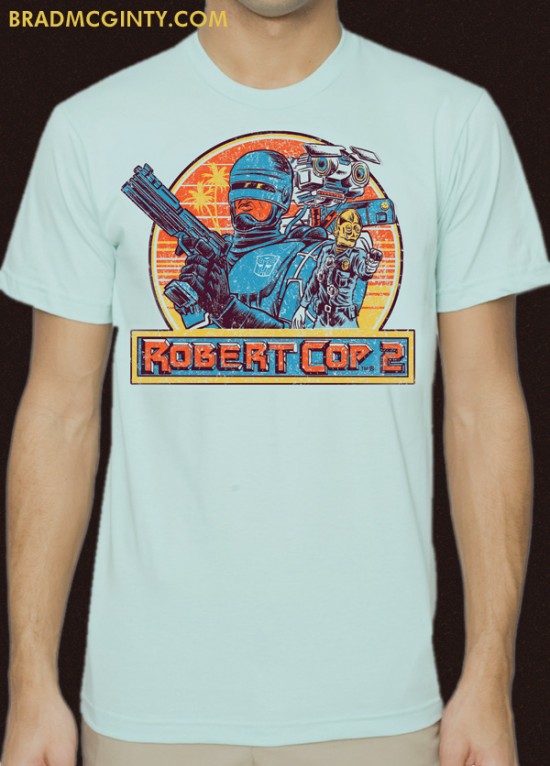