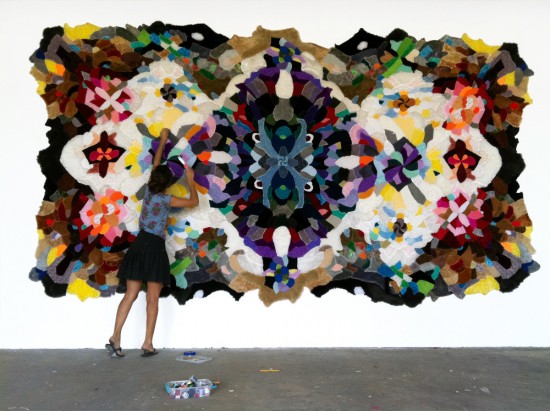 Miami-based artist, Agustina Woodgate, makes vegetarian-friendly teddy bear skin rugs. The hand-sewn textiles are formed by connecting the “skins” of donated stuffed animals rather than that of a single live animal. 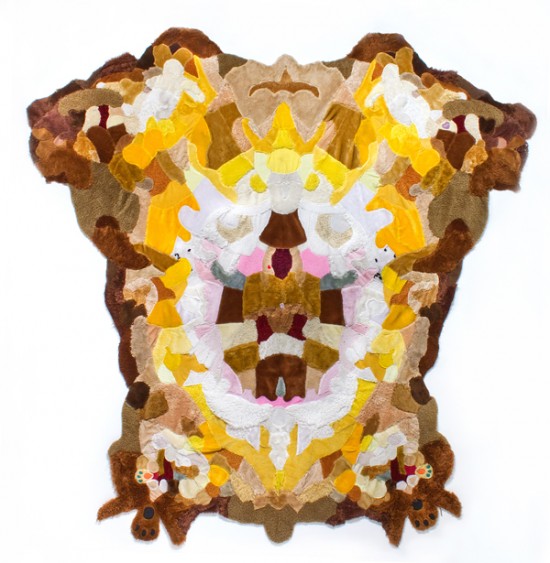 Woodgate, who is originally from Buenos Aires, writes:

The rugs not only reference the personal histories of the toy’s owners, but investigate the rug as an object organizing and displaying memories and lineages. In Eastern Cultures, the oriental rug centralizes the living space in pattern, operating beyond utility to depict the spiritual and mental world in woven form.

The teddy bear skin rugs are more like tapestries, and the artist is a storyteller. Woodgate imparts specific meanings in the arrangement of her designs representing archetypes in physical and material forms. Ultimately, the Stuffed Animal Skins are inspired by Woodgate’s own favorite bear, Pepe, who shows up in the artist’s former work (all the way back to 1982!) and can be seen hanging on the wall (as his kinfolk get eviscerated) in the video below. 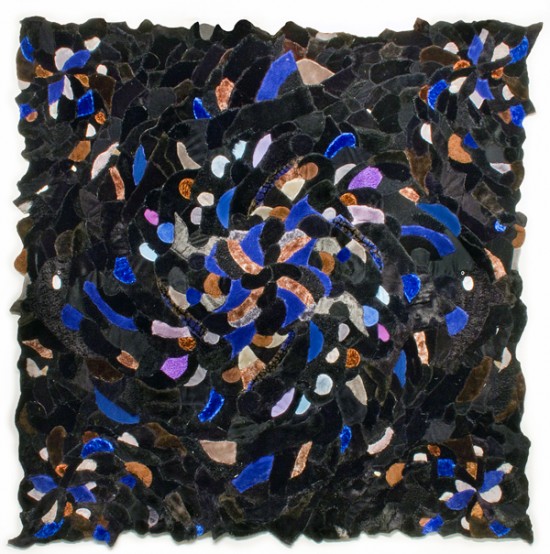 Click through for a short video and more teddy bear skin rugs. 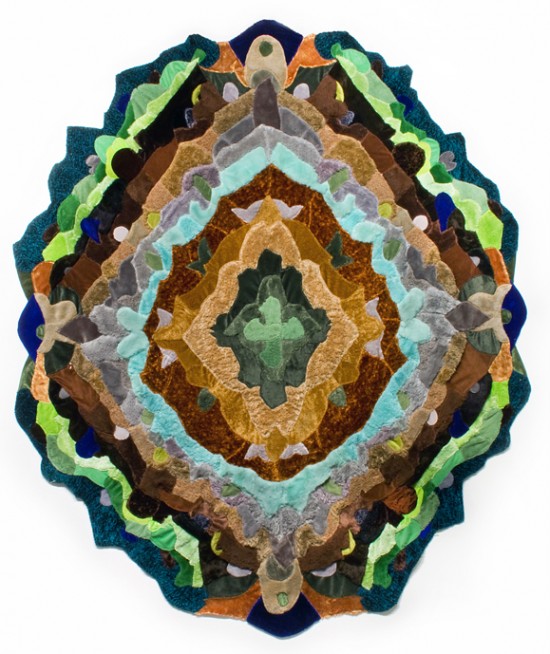 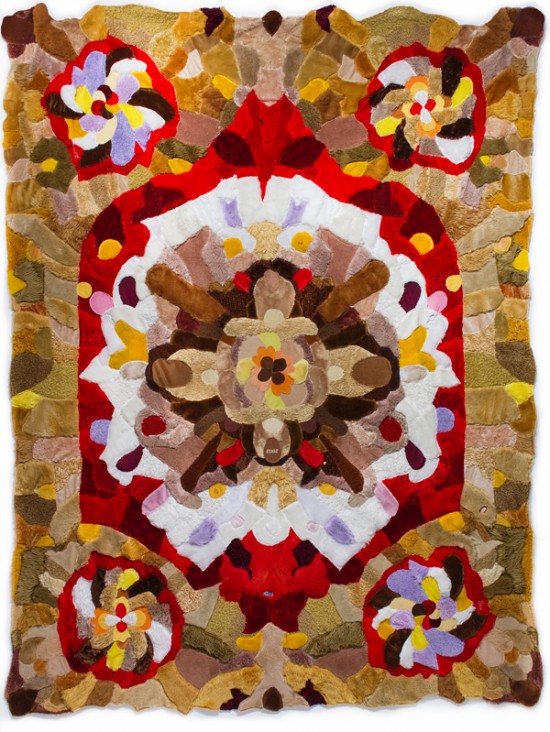 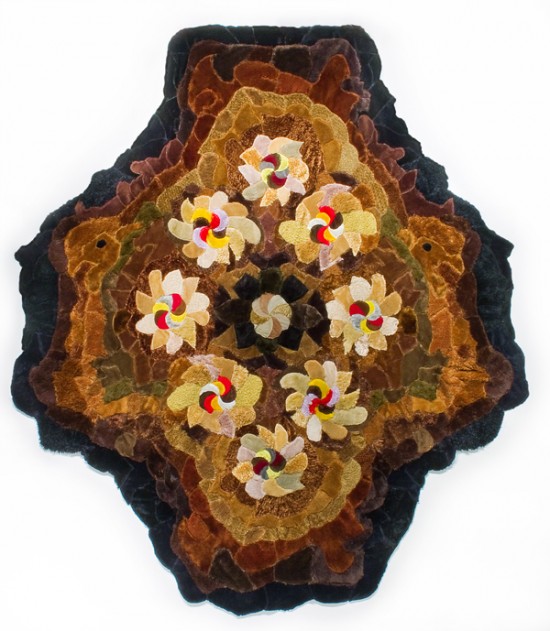