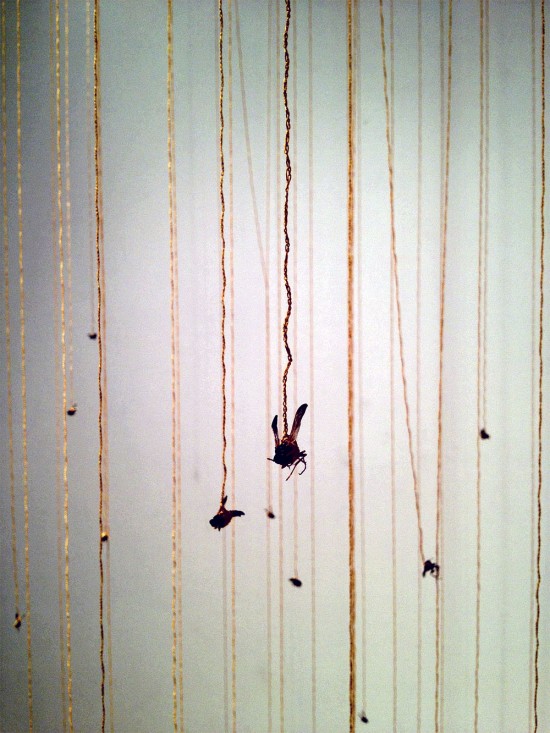 Contemporary crochet artists are a little out of my comfort zone, so please permit me an obvious comparison to help us get orientated. Esther Traugot is like a quieter Olek minus the color. Or, if you see Olek’s self-described “madness for crotchet” as mania, perhaps Traugot’s is more like OCD art. 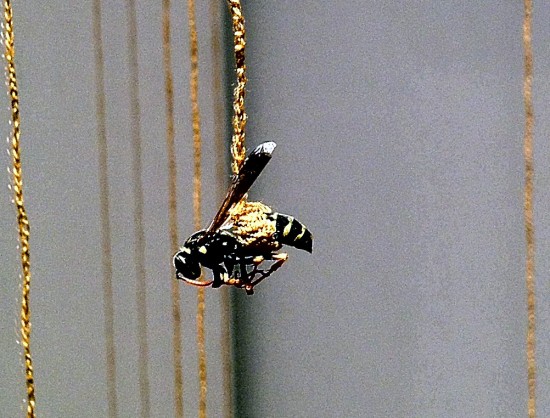 I discovered Traugot’s 42 Wasps and 31 Seeds at Bedford Gallery’s recent exhibition, Captured, a survey on the intersection of nature and contemporary art. As Traugot’s titles are quite literal, the words you read describe the art I saw: 42 wasps strung up by delicately crocheted harnesses and 31 snug seeds cozied up under glass domes. The artist and the gallery are local to the Bay Area. 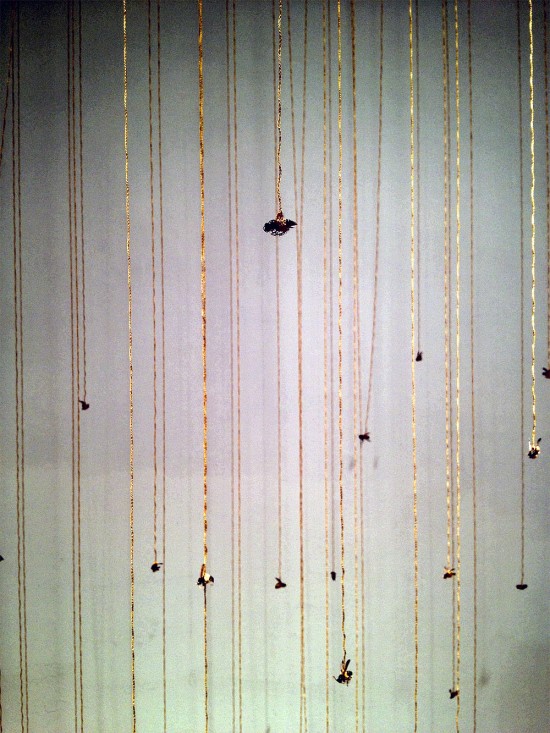 Esther Traugot makes work in an attempt to understand the relationship between nurturing and controlling nature. She was born in 1972 in an “intentional community.” Her experiences growing up in a rural landscape in pursuit of utopian ideals influence her interest in what naturalism means today.

Through the media of painting, sculpture and installation, my work investigates a personal connection with the natural world. This interdisciplinary approach allows me to create works that play between seeing oneself as an intrinsic part of the natural landscape, as well as an observer of it. These gathered and reclaimed objects of nature become re-contextualized with crocheted thread coverings in an attempt to “prop up” or “put back” what has been abandoned, broken. 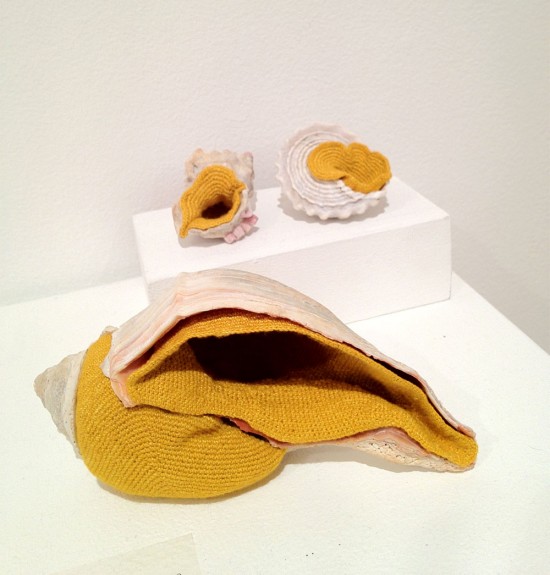 The attentive caring and support structures that surround the objects investigate the relationship between nurturing and controlling nature. The meticulous act of crocheting mimics the instinct to nurture and protect what is viable, what is becoming precious. As in gilding, these false “skins” imbue the objects with an assumed desirability or value; the wrapping becomes an act of veneration. Although futile in its attempt at archiving and preservation, there is the desire to suggest optimism. My interest in the objects extends from the notion of landscape and how we not just experience, but also negotiate with the natural world. Do we feel warm and fuzzy, or do we distance ourselves? How do we “care” for that which we depend upon? 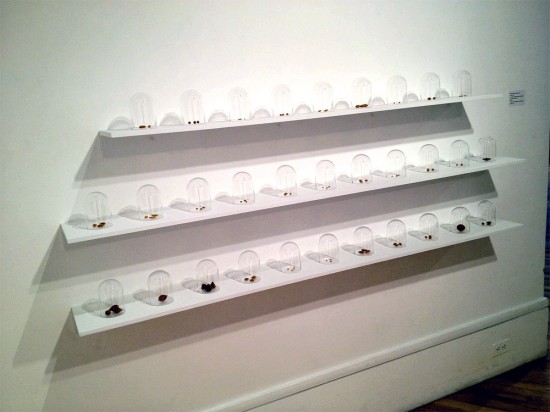 My meticulous act of crocheting mimics the instinct to nurture and protect what is viable, what is becoming precious. As in gilding, these false “skins” imbue the objects with an assumed desirability or value; the wrapping becomes an act of veneration. 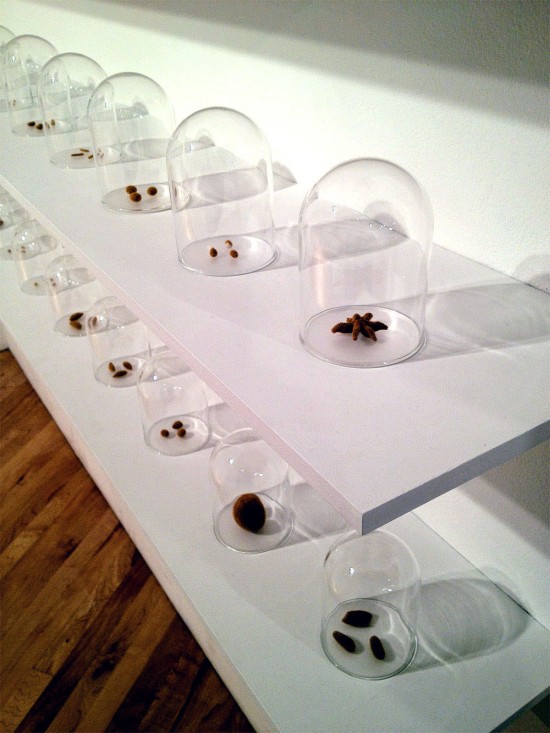 I suspect her work won’t translate in digital two-dimensionality, so you’ll have to trust me that these are intense in person. Hopefully, Traugot’s work will show at a gallery near you. 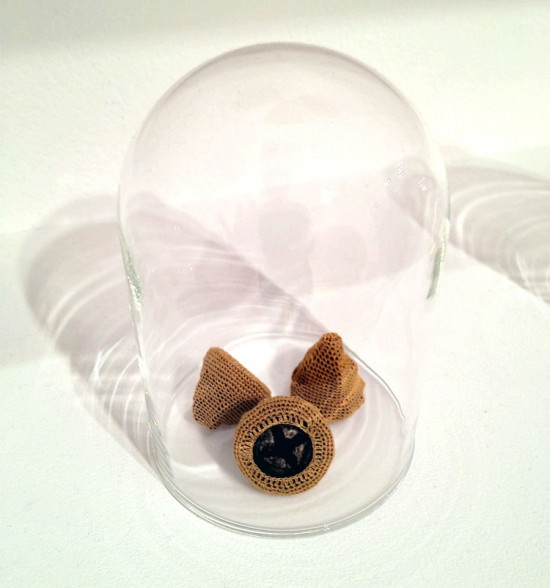