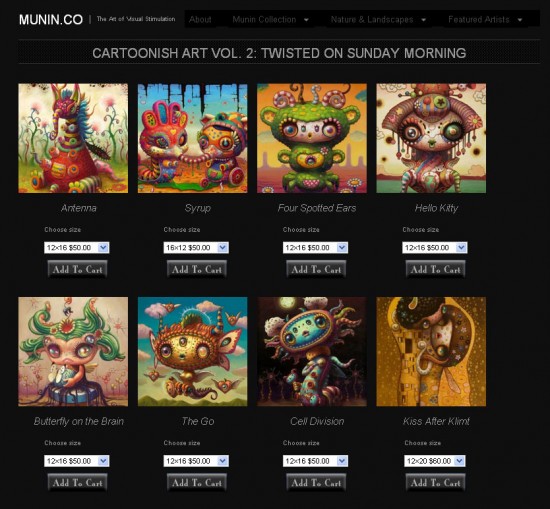 I looked up Munin’s “whois” info and was shocked to find that this act of treachery is being perpetrated from within Canada! Canada! Canadians don’t do this kind of stuff. (The entire country is just like Kids in the Hall and Okedoki, for reals.) But Alex Munin of Toronto is, in fact, doing this kind of stuff. He’s selling prints of artwork that he doesn’t have permission for. (This part’s a bit petty, but I feel hostile toward him for his categorization of the above-mentioned artists as “Cartoonish Art,” as well.) 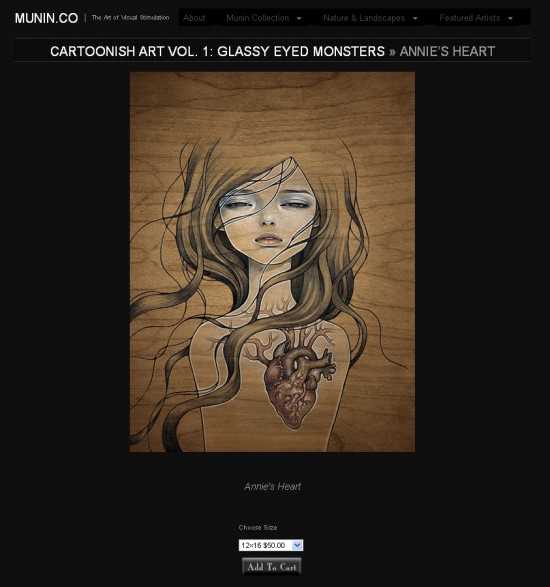 A tumblog re-posted Munin’s contact info (home address and all), and you can also find it easily with a whois search. It feels like stooping to Munin’s level to potentially put his family or roommates in danger, so I’ll just share his email address: a_munin@hotmail.com. (Because if you’re still using hotmail in 2012, your inbox is very likely brimming with much, much worse missives than those from angry art collectors.)

It’s hard enough making a living as a creative person these days. Hopefully, we can get Munin’s operation shut down before he takes any (more) money from the artists responsible for the the work on his site. 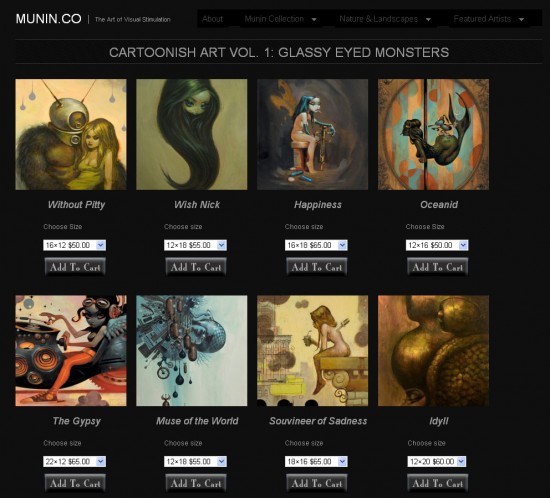 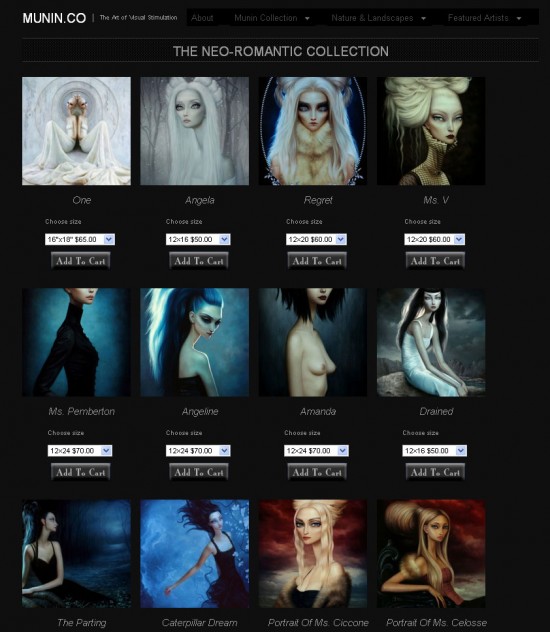