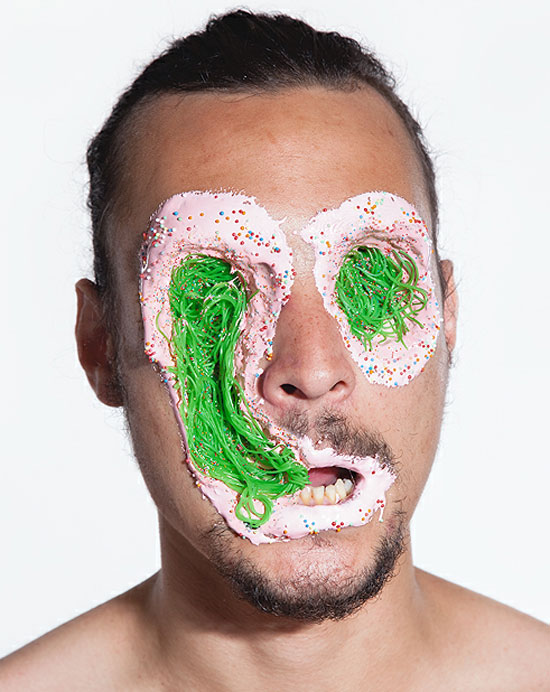 Ashkan Honarvar was born in Iran and now splits his time between The Netherlands and Norway. The photographer created ‘Faces’ to confront the disturbing vision of facial injuries. In the series of photos, he uses candy and ice cream to alter his models’ war wounds, thus transforming the disfigured faces into zombie eye candy. 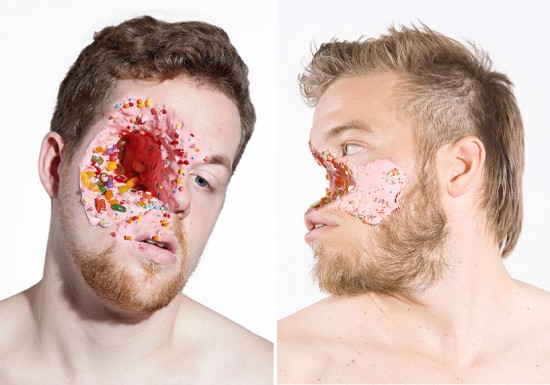 Honarvar also manipulated portions of the models’ heads in post-production to contrast the candy coating with the utter horrors of war. The idea being that the modern human is becoming too familiar with the visuals of those who have been caught up in violence. Honarvar questions the issue of this imagery as common in society by developing a “digestible” visualization through his use of gummy bear gore. 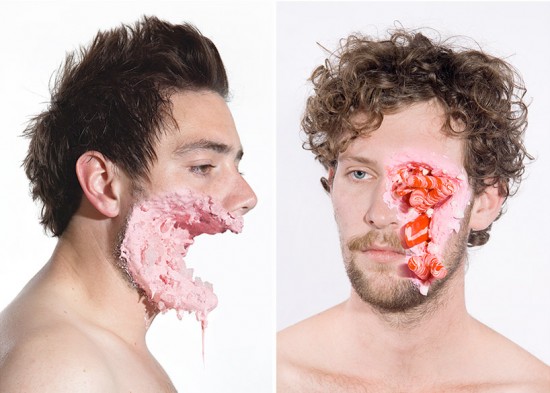 Dig in! Click through for more Faces and a new musical pairing of distinctly questionable taste. 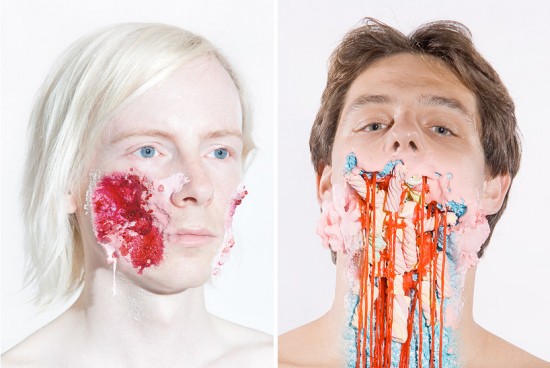 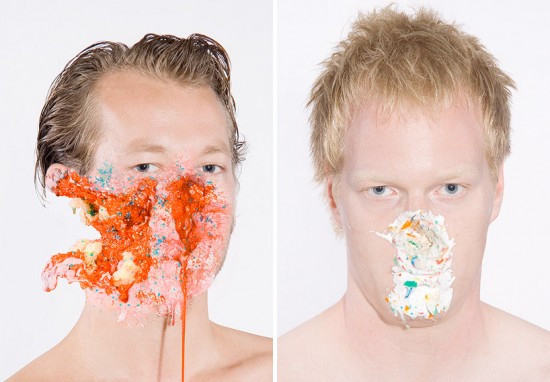