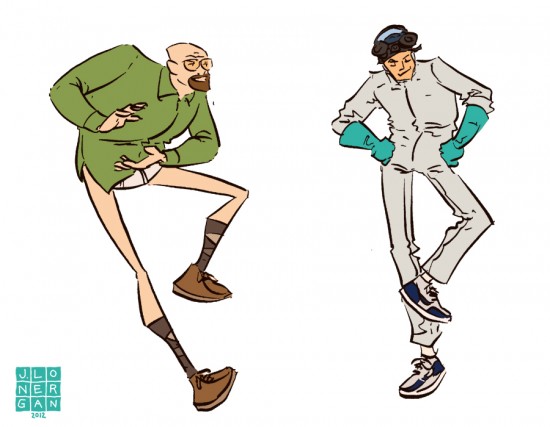 Jesse Lonergan is a cartoonist from outside Boston, and he’s currently 22 tumblr pages into a 365-day drawing challenge called Dancer-a-Day. The assignment is an ambitious slacker odyssey that pairs pop culture characters with pop music. For instance, Lonergan’s illustration of Breaking Bad characters (above) comes accompanied by this punny little shout-out to MJ: “And the whole world has to answer right now just to tell you once again, who’s Breaking Bad…” 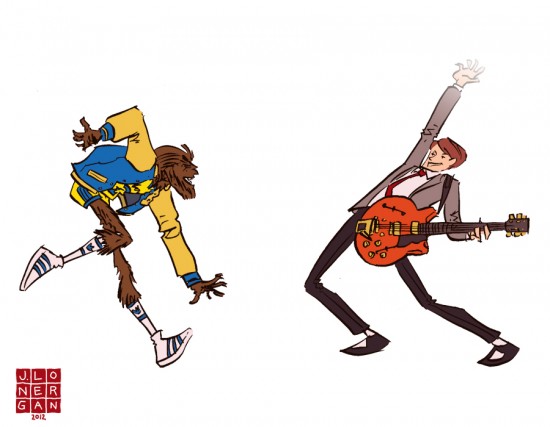 Why dancing? Why not? Longeran likes dancing. Just not dancing to Led Zeppelin:

I was born in California, grew up in Saudi Arabia and Vermont, graduated from Hampshire College, and was a Peace Corps volunteer in Turkmenistan. I like dancing, P.G. Wodehouse books, English grammar, and The Clash. I don’t like large groups, quibbling about how much everyone owes on a dinner check, or Led Zeppelin.

Longeran’s cast of characters is way better (and arguably, more famous) than any season of Dancing With the Stars. His dancers are comic book superheroes and villains, 80s movie characters and geek icons. 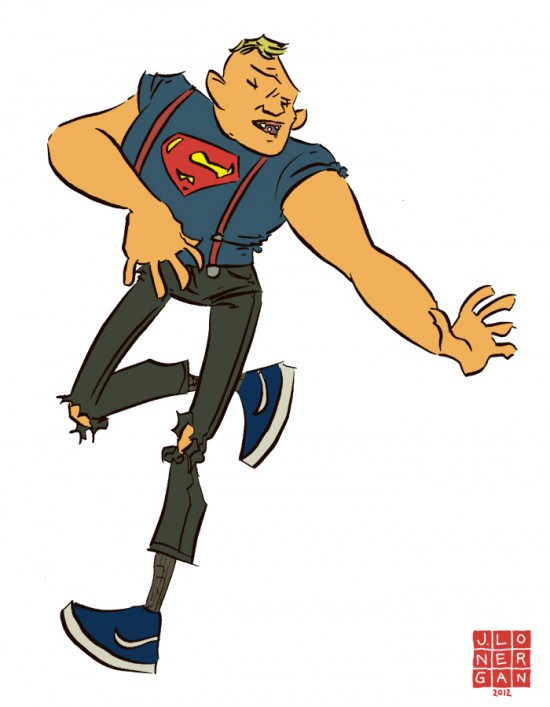 Fun stuff. Click through to see what kind of moves Inspector Gadget’s got. 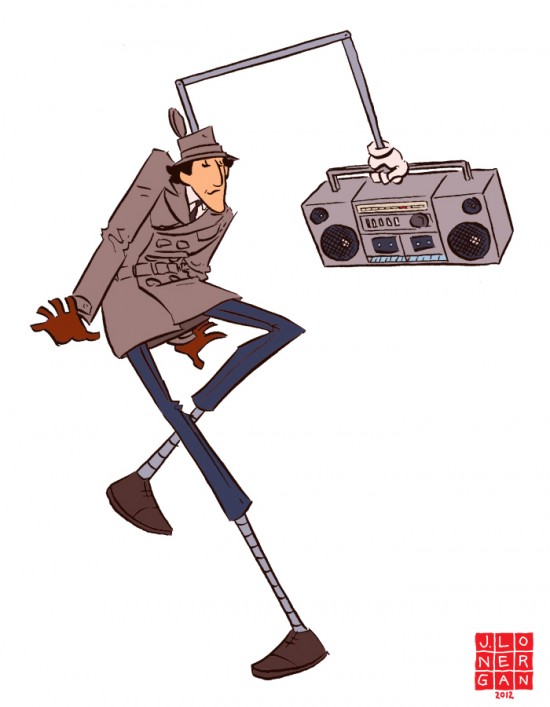 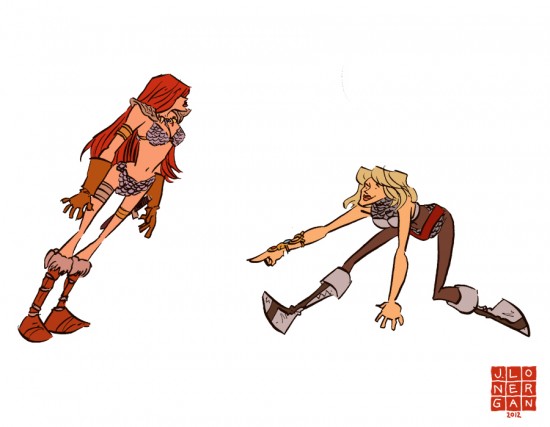 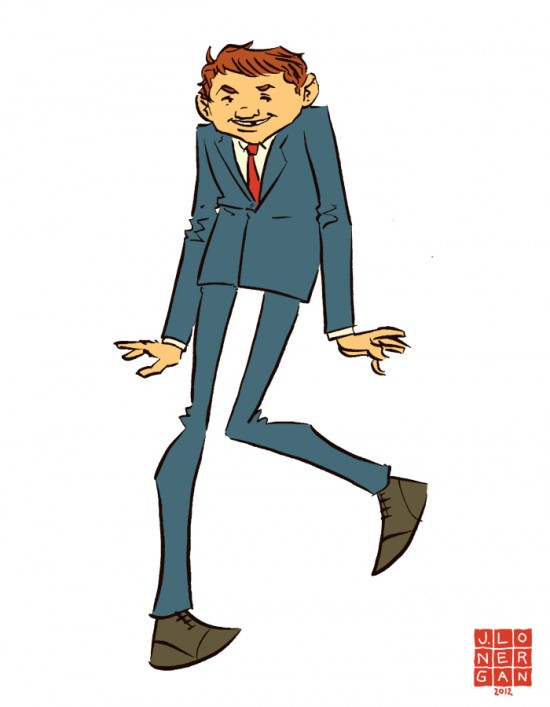 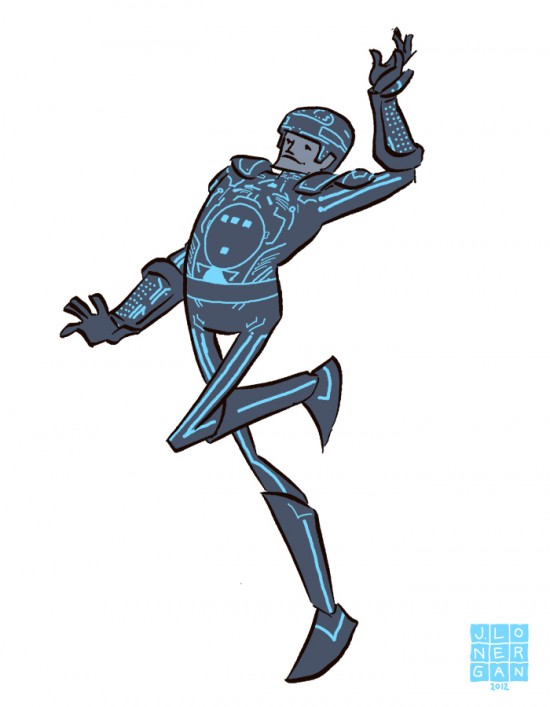