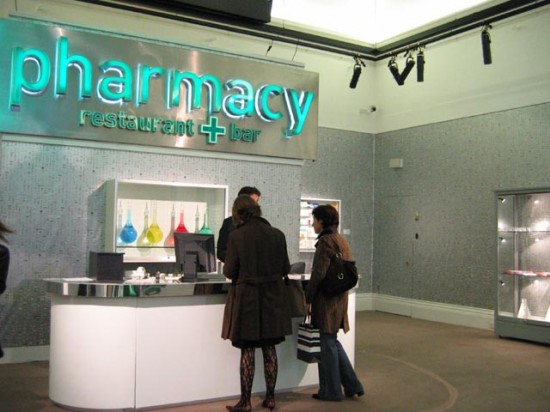 Damien Hirst created his Pharmacy installation after witnessing how pharmacies “provoke an idea of confidence” in people:

I can’t understand why most people believe in medicine and don’t believe in art, without questioning either…I went to the Chemist’s and thought, ‘I wish I could make art like that.’ Then I realised I could have it as it was.

Pharmacy opened in New York in 1992, and has been re-installed in different locations several times since then. You can currently see it as part of Hirst’s retrospective, which is running now through September 9th at London’s Tate Modern. 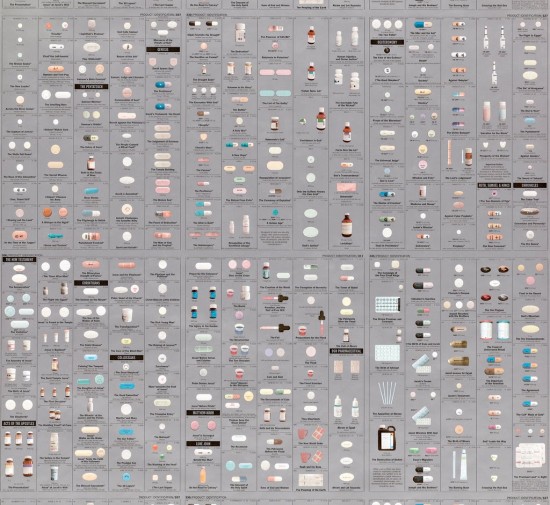 Between 1997-2003, Pharmacy also existed as a hip restaurant in Notting Hill, UK. Hirst provided initial financial backing and loaned art to set the place’s pill-themed ambiance. Patrons consumed pharmaceutically-inspired food and were served drinks from inside of medical cabinets. The restaurant’s name was considered a breech of a law restricting the use of the term “pharmacy,” and it was subsequently changed to anagrams “Army Chap” and then “Achy Ramp”. Upon the restaurant’s closure, Damien Hirst made £11 million selling its contents in a very successful Sotheby’s auction. 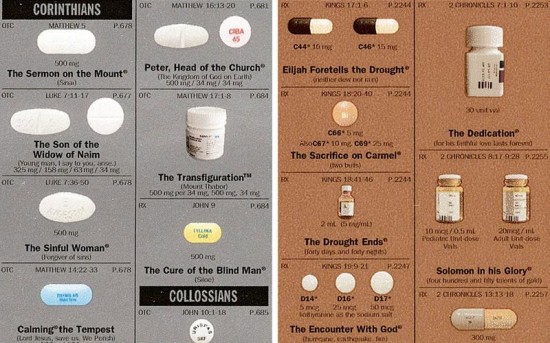 Pharmacy‘s unique wallpaper was then made into editions of 1000 roles. Each section depicts a pill or pill bottle, a title and a reference to a Biblical passage. The rolls of Damien Hirst wallpaper are still available in silver and gold for just over $1K USD. Just for kicks, I checked the cost of flights from San Francisco airport to London’s Heathrow airport to compare flying over to see the Tate retrospective vs. wallpapering my small bathroom in Hirst’s pill-paper. The two are pretty much equal.

Click through for Hirst’s Utopia, Black Utopia and Black Heaven. 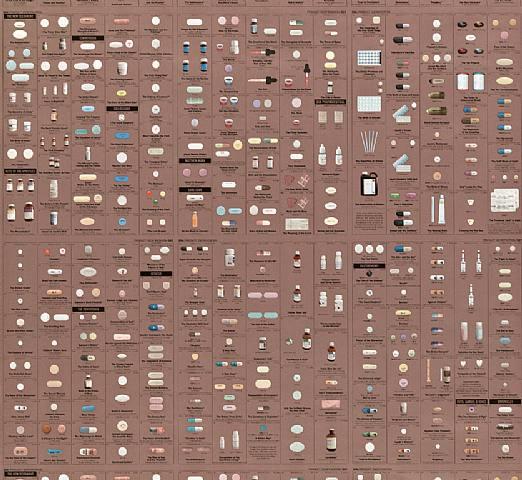 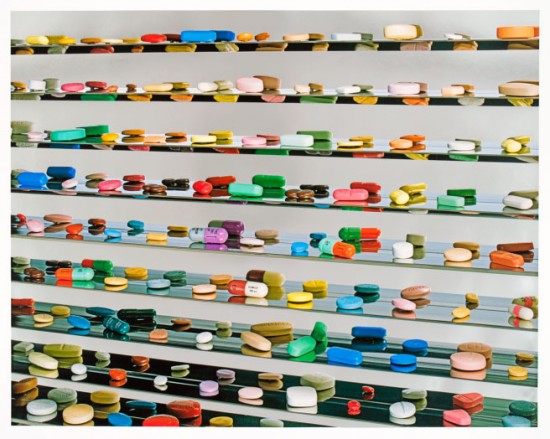 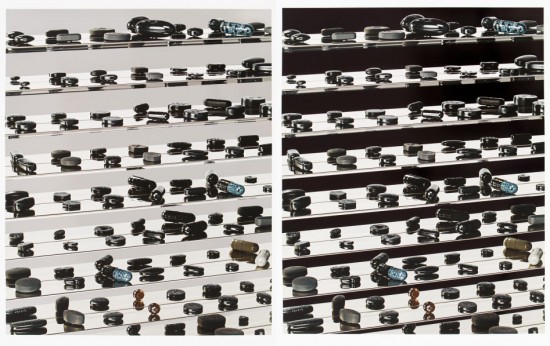 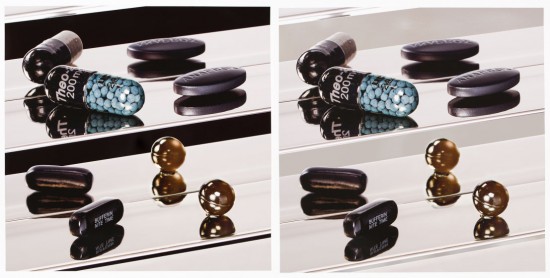