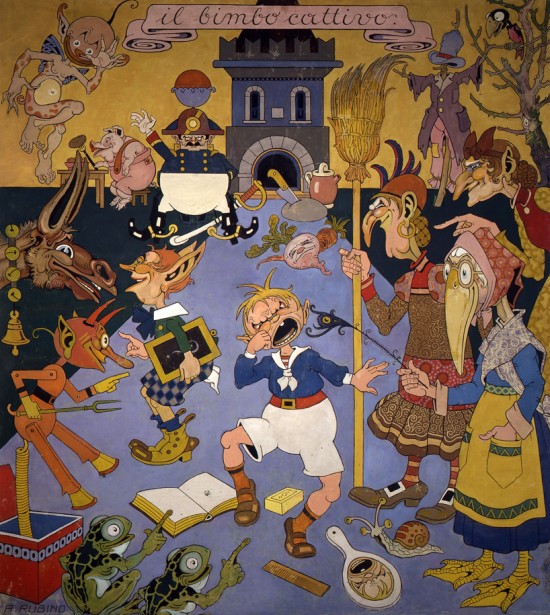 Over 500 whimsical objects have just been on exhibit at New York’s Museum of Modern Art. The nostalgia-inducing art and toy designs are all connected by Swedish social theorist Ellen Key’s “Century of the Child” manifesto. 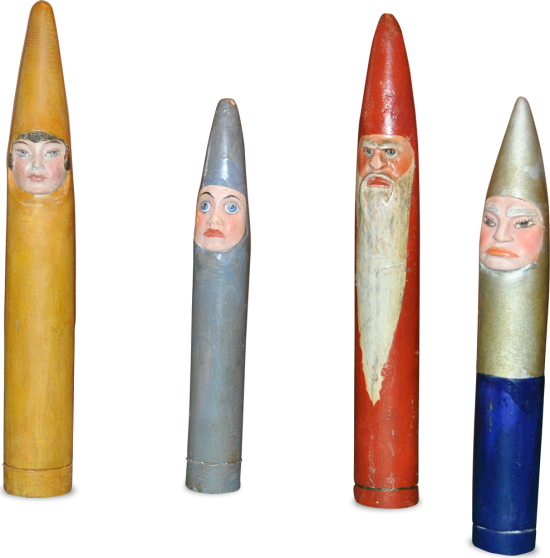 Century of the Child: Growing by Design 1900-2000 is “the first major overview of the subject of childhood as a means for modern design thinking in the 20th century”. MOMA curator Juliet Kinchin took on the (terrific) task of collecting toy designs that presented the “universal rights and well-being of children as the defining mission of the century to come”. 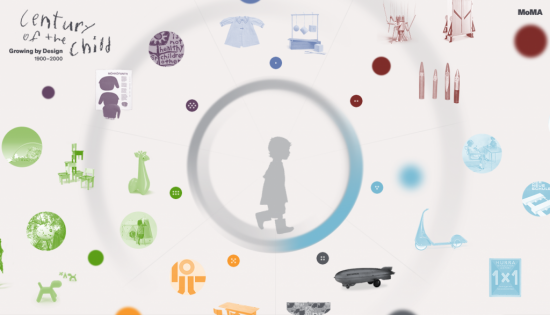 Organized into seven chronological sections: New Century, New Child, New Art; Avant-garde Playtime; Light, Air, Health; Children and the Body Politic; Regeneration; Power Play and, Designing Better Worlds; the exhibition presents visions of a child’s material world, from Utopian dreams to darker realities. The show was interactive offline and on. Sadly, I didn’t make it to New York to see it in person, but happily, Hello Monday designed an amazing website for the exhibit. The website is a really enjoyable tour of toy design from the last century. It catalogs some 250 objects with great photos and information. At the time I’m writing this, the site is still up here. 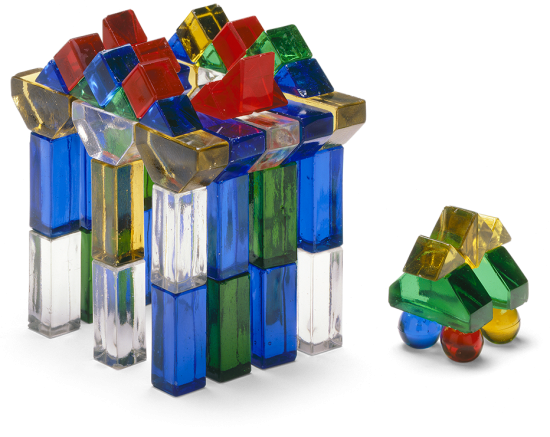 Designboom recently did a short interview with Kinchin (curator), and I’ve been ruminating on her exhibition and words. In particular:

I think the best design is that which is flexible, stimulating, and leaves room for open-ended, playful interaction. All design functions within larger political as well as aesthetic, intellectual and economic contexts, and therefore bears the imprint of the values we prioritize, our sense of national identity and changing attitudes.

As we head into the 3rd year of the 2nd decade of the 21st century, I find myself wondering if the items we collect as “designer toys” will leave a rich enough legacy to ensure inclusion into a 22nd century survey. 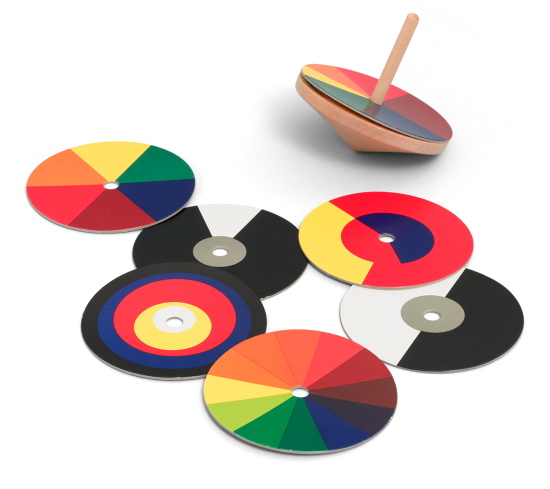 This century started with such promise! A new genre/subculture of design (toys!) was born across multiple continents. But these days, “designer toys” feel awfully bereft of “design”. Design is objective; it is a discipline with rules and standards. In the late 1990s, toy designers in Hong Kong and Tokyo broke those rules and created new standards. But you have to know the rules to break them. Today’s designer toy community suffers from a severe shortage of people who know the rules (and a complete absence of standards).

Do our designer toys tell stories of who we are? Will they explain our crazy culture to the children of the next generation? Perhaps. Perhaps not. But now it’s time to abandon analysis and descend into nostalgia. Here are a handful of my favorite toys from MOMA’s Century of the Child: Growing by Design 1900-2000. Select toys and posters from the exhibition are available through MOMA online, as is the 264-page show catalog (which I just picked up). 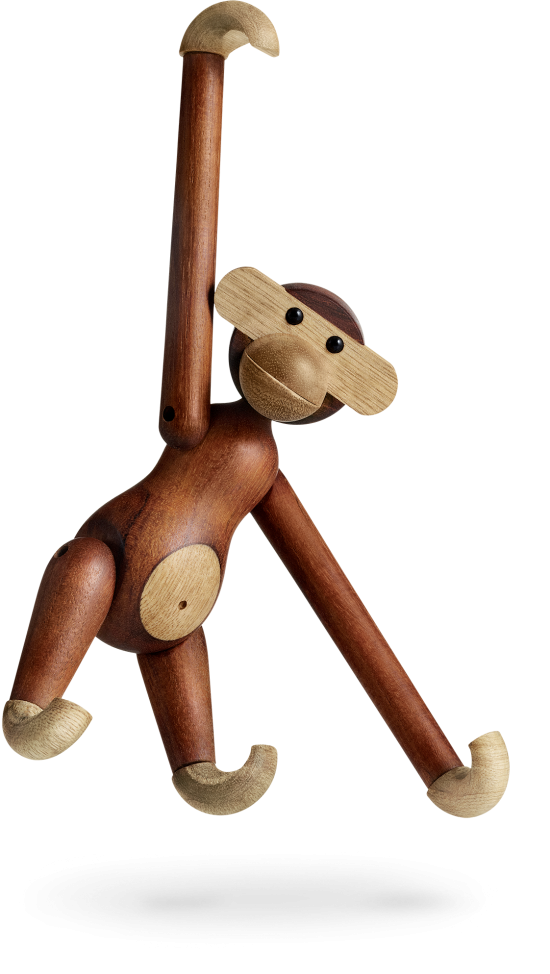 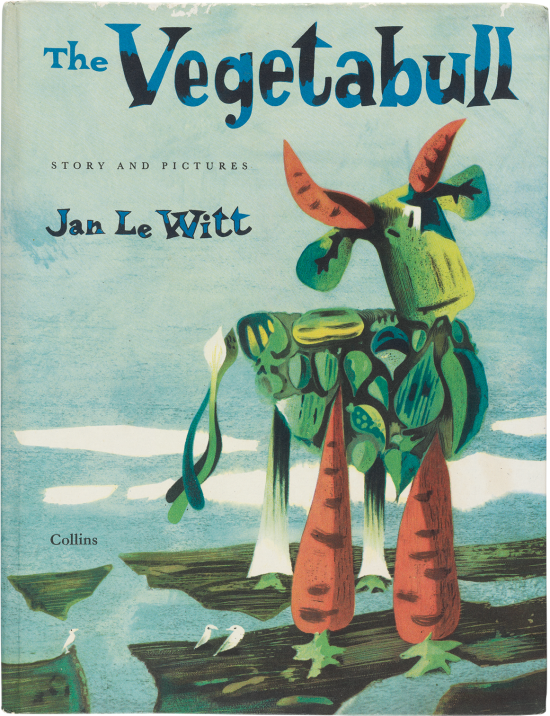 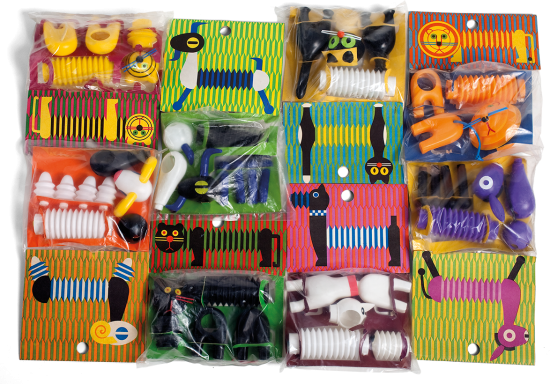 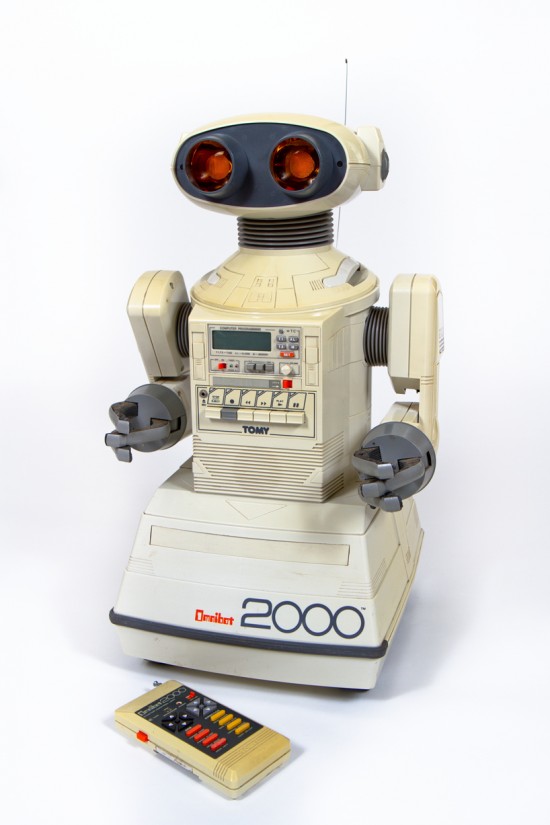 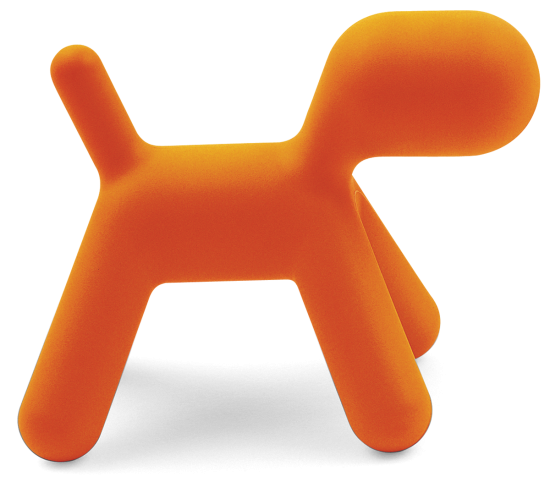