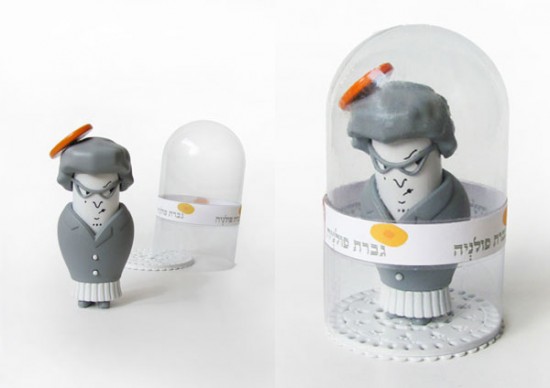 Elinor Portnoy is a Tel Aviv-based industrial designer who has given us what had previously been an absentee archetype in designer toy culture: the Jewish mother. Portnoy conceived of the character when she realized that “whatever my ethnicity or geographical origin was, deep down inside I am the quintessential Jewish mother”. Like the best of Jews, she used humor to capture the stereotype and dew its colors and shape “directly from the Gefilte fish”. Well, I happen to hate Gefilte fish, but I love this toy. It’s currently only a 3D-printed prototype, but if she were to hook up with a producer, I’d totally buy two: one for me and one for MY Jewish mother. 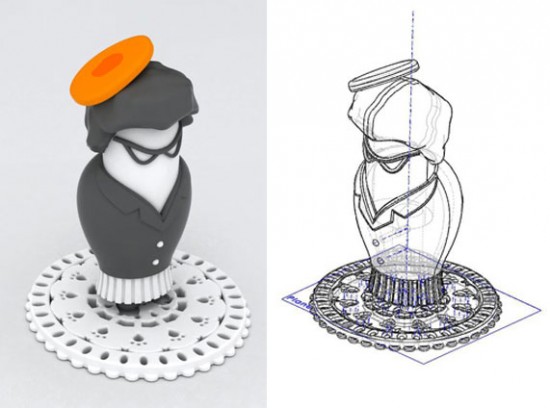