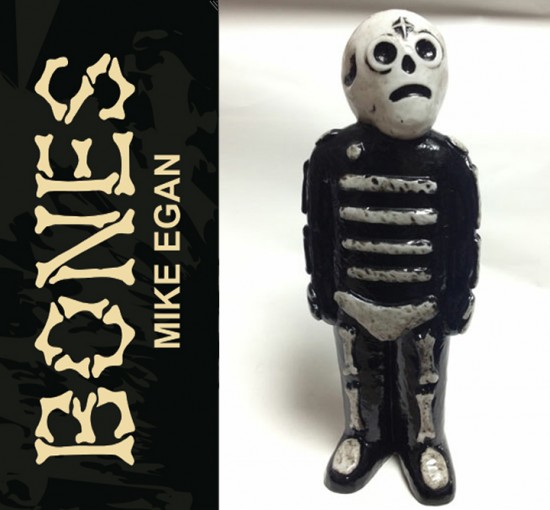 Mike Egan is a Pittsburgh-based artist with a Bachelor of Fine Arts degree AND a diploma from Pittsburgh’s Institute of Mortuary Science. This unlikely education uniquely qualifies Egan to make skeletal sofubi. 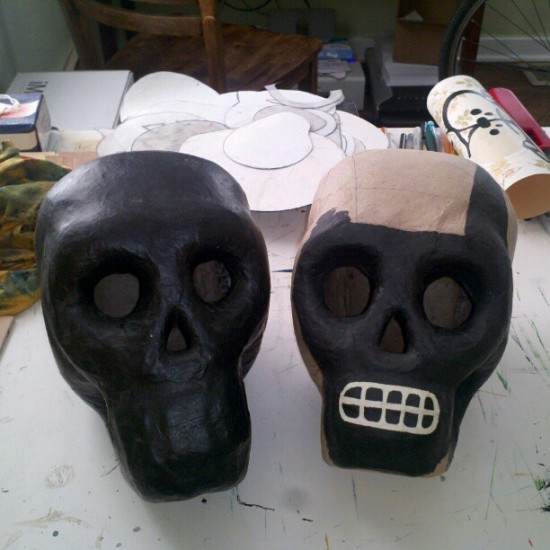 Egan works with acrylic paint, shellac, wood, nails, and occasionally (as with the skulls above), papier mache. Bones, his first toy, will debut at DKE‘s SDCC booth (#4728). Each of the 8-inch Japanese vinyl figures in the 80-piece edition are produced and hand-painted by Grody Shogun’s Luke Rook. You can bring Bones home for $45. Rumors of a possible additional colorway are circulating. 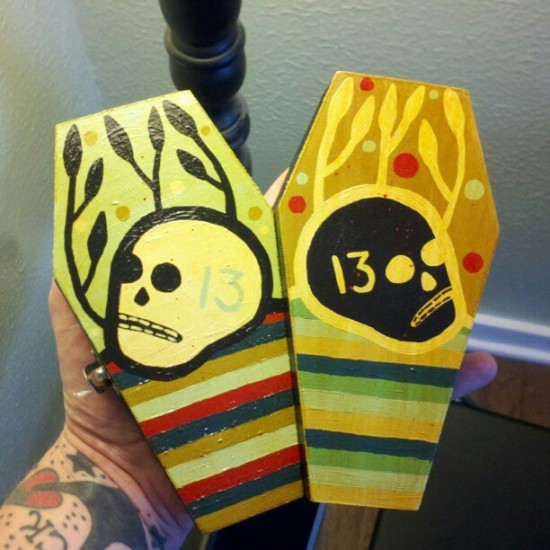 Egan’s paintings are influenced by The Day of the Dead, Halloween, horror films, churches, The German Expressionists and his time in funeral homes. DKE’s Sarah Jo and Dov are big fans of Egan’s work, so they’re stoked to be bringing the Bones toy to Comic-Con. I’m looking forward to seeing this piece in person. 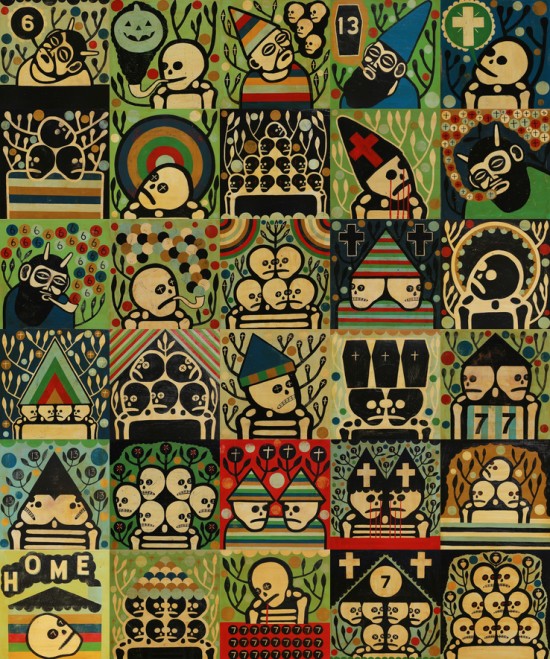