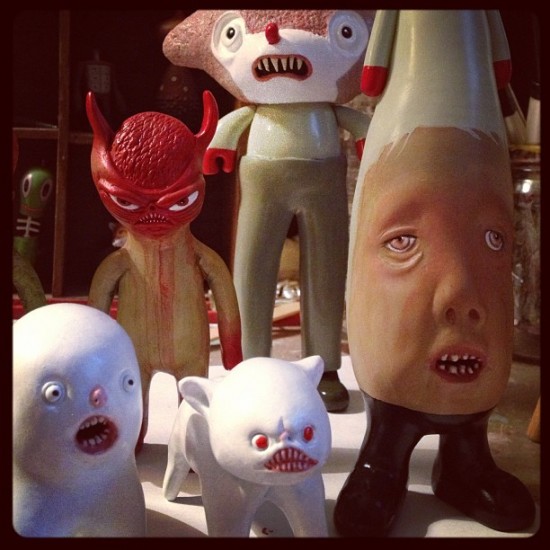 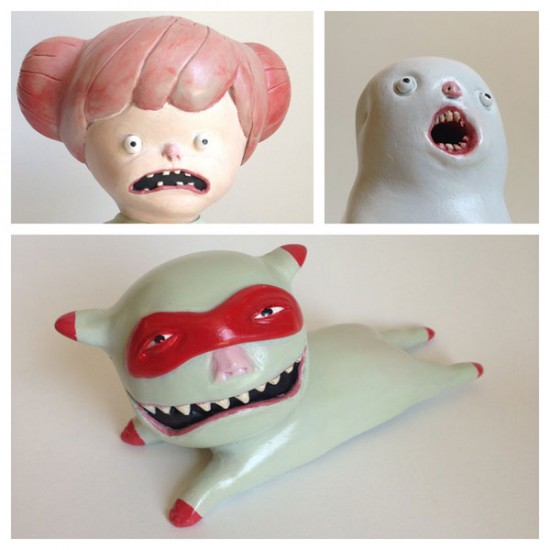 I happened to be visiting Doubleparlour’s double parlour last weekend, and I got to see a preview of these pieces. So much goodness! The duo has been watching lots of yokai (Japanese supernatural monsters) movies of late, so expect a spectrum of specters to continue creepily creeping into their character canon. 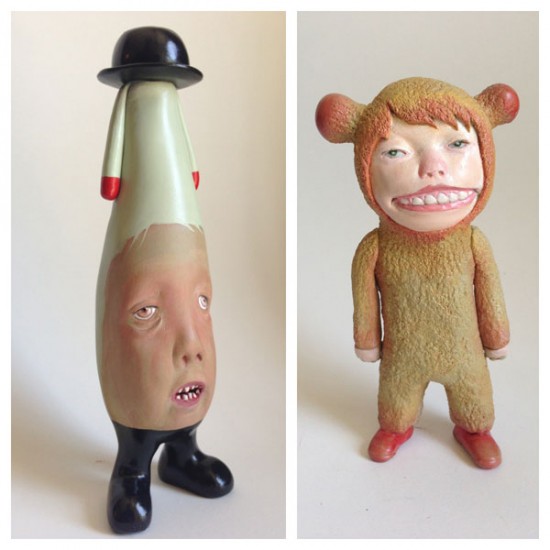 I didn’t ask if they’d been rekindling a romance for A Clockwork Orange, but tiny bowler hats will also play a part in Wednesday’s release. The hybrid human-creature in the bowler hat at above left is known as JR (Junior Roper). Per Doubleparlour: “He has an insatiable curiosity and can often be found wandering down the aisles of the library.” 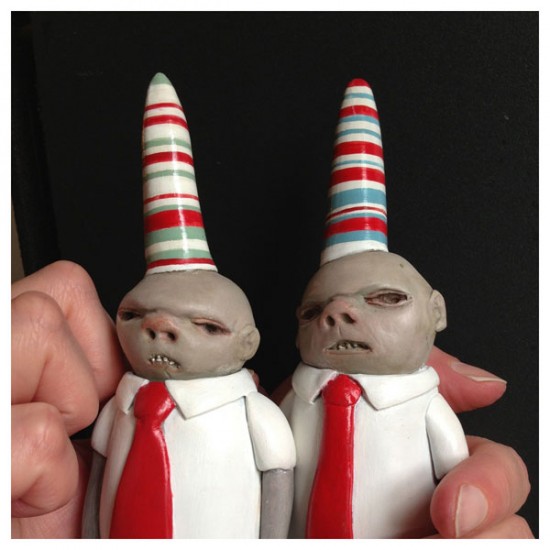 I asked Doubleparlour about the dunce-cap twins (above). They’re  called the “clerks.”

They work in the family business of selling party favors and small firearms. They are a bit haggard and never received enough praise growing up. They have secrets (like how they acquired the family business), but most of them they plan to take to their graves.

Below at the very back standing tall in a smart green dress and sporting a dramatic facial expression is Edith: “She likes to mimic other people’s expressions, which her parents find exasperating. She collects insects, dust bunnies and matchbooks.” 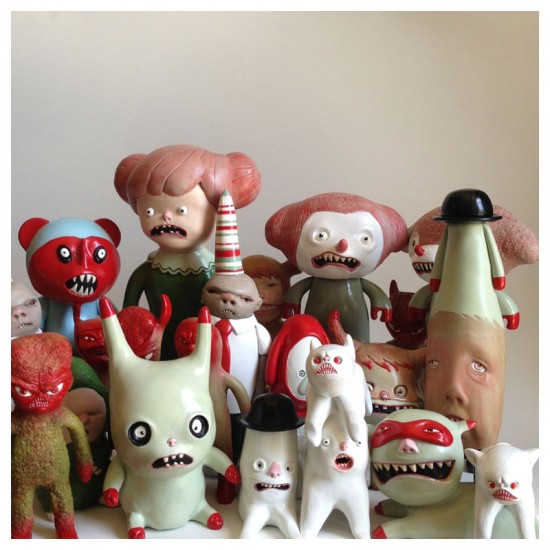 Love the characters. Love the stories. Doubleparlour’s new collection of 22 figures range from 2.5 inches to 10 inches tall and $30-$200. They become available tomorrow, Wednesday, June 12th at 12PM PST here. Go get some!