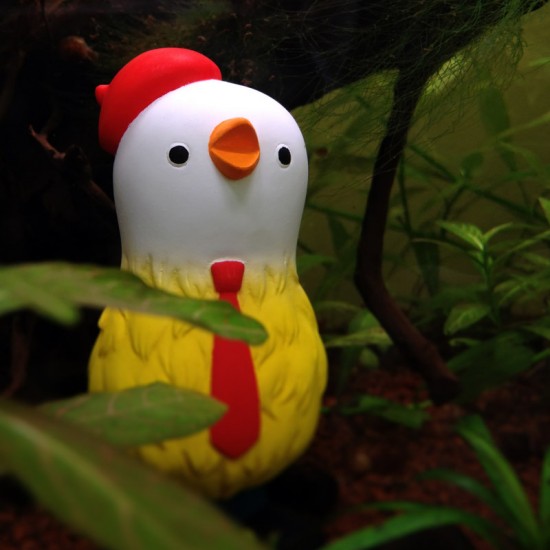 Meet Chorus Boy Godot, the newest resin toys by Sergey Safonov. The story goes that Godot, (Chorus Boy’s father, also available), is a “classy gentleman,” and as such, he started the younger Godot’s music education as an early bird chorus soloist. 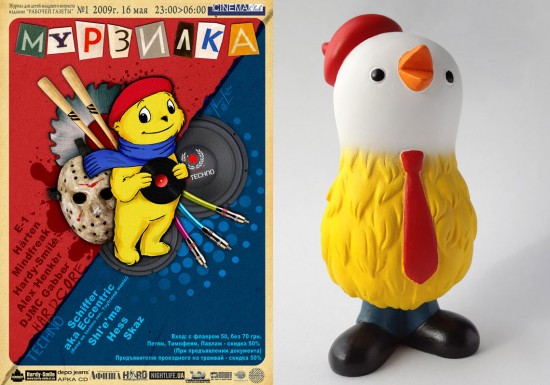 The first colorway for the resin toys is a homage to the red-beret sporting mascot of classic Russian illustrated children’s magazine, Murzilka.

The magazine has a recognizable character of the same name – a little yellow cartoon man which was created by artist Aminadav Kanevsky in 1937. However, its prototype dates back to the 19th century, when Canadian illustrator and author Palmer Cox published a series of humorous verse books and comic strips about fairy-like sprites, the Brownies. Later, Russian author Anna Khvolson, who wrote a series of stories based on Cox’s illustrations, invented the name Murzilka , which was later adopted by Kanevsky for his character.

Murzilka was entered into the Guinness Book of World Records last year for being the longest running periodical in the whole world for children. Sergey recalls reading it as a child.

Wondering what singing and Sergey have in common? Play the video above for your answer…Chorus Boy Godot stands 3.5 inches tall and is a hand-painted edition of 10. The resin toys are available in Sergey’s mini-shop now. 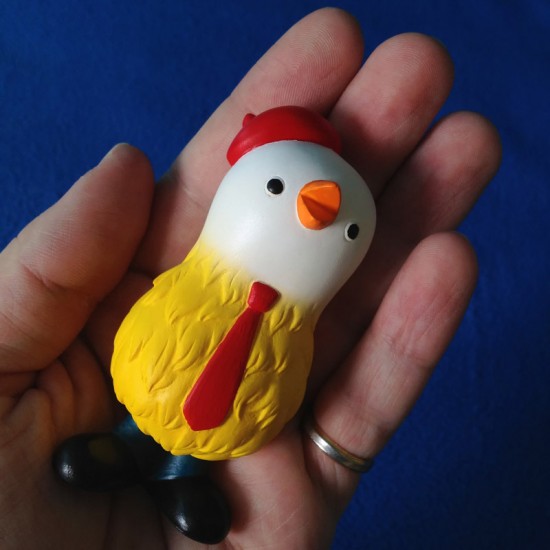