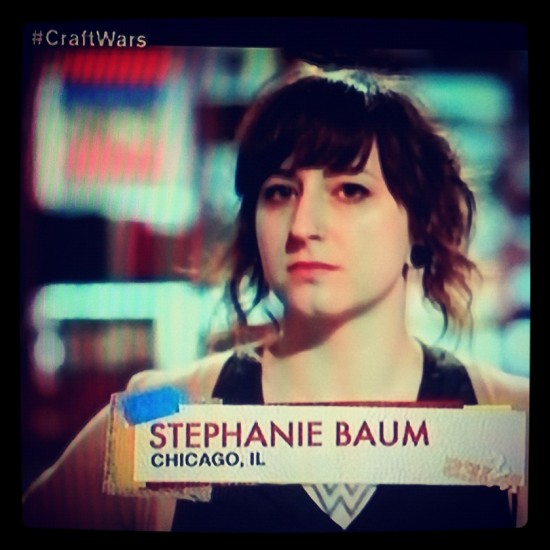 Last night, Chicago-based toy designer and fierce Jewess, Stephanie Baum (aka Steff Bomb), [interviewed] appeared on TLC’s Craft Wars. Host Tori Spelling was away for the episode, so Steff didn’t get to make any 90210 references during her confessionals. Aside from that, everything went smashingly! Speaking of which… 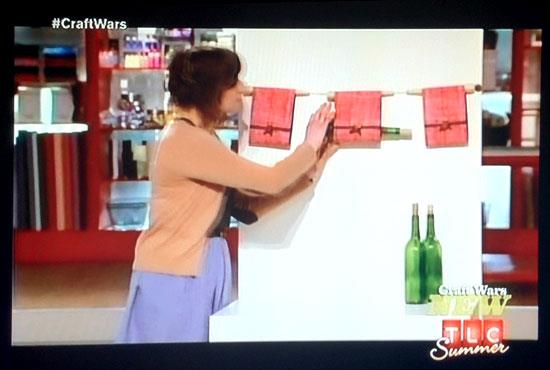 The title of Steff’s episode was “Pilgrim Plumbing,” and we’ll get to that momentarily. Before the three crafty contestants got to prep their Thanksgiving spreads, they had to get through a “Pop Challenge”. This entailed making a wine rack out of complete and utter crap. Steff took a minimal approach to the challenge, which almost cost her the contest as one of the judges chose to melodramatically smash one of her wine bottles. I’ve since learned that “minimal” is to “crafters” what truth is to the Republican party: something to avoid at all costs and/or bury under a distracting windfall of glitter, bottlecaps and lies. Anyway, back to the episode! 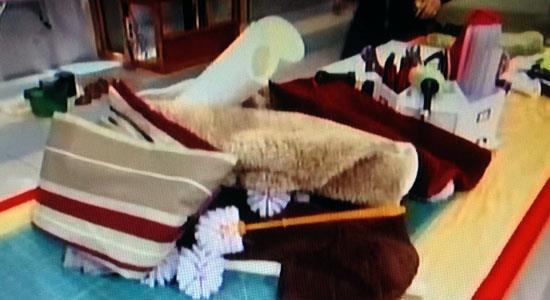 Since one of the other contestants decided to make a wine rack that looked like the Olympic rings covered in used gauze bandages, Steff advanced to the main challenge. For this, the remaining two crafters were given a bunch of bathroom products and access to the MICHAEL’S CRAFT WALL in order to craft up Thanksgiving dinner. 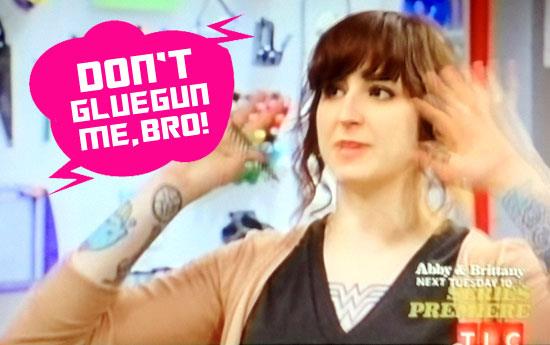 While making a tasty spread out of toilet plungers might phase the squeamish, this was not the case for mastercrafter, Steff Bomb. Throughout Craft Wars’ “Pilgrim Plumbing,” I took photos of my (non-HD) TV with my (non-HD) iPhone because, ya know, I’m crafty too. 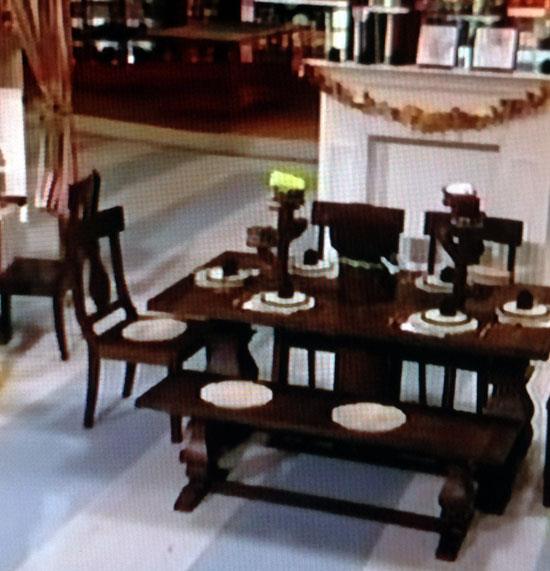 Pretend you’re reading a zine on your computer screen. Oh yeah, and for a musical pairing, KICK IT! 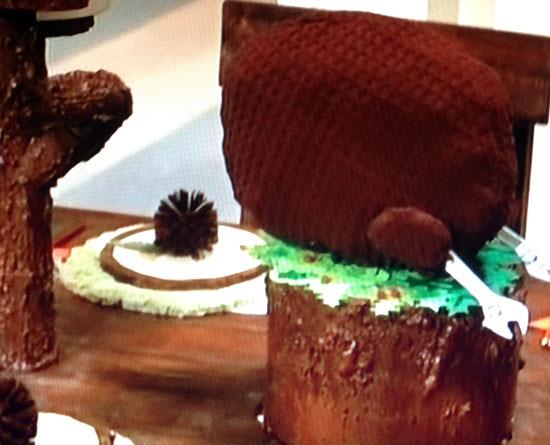 "Turkey" made from a bathmat and a wrench. 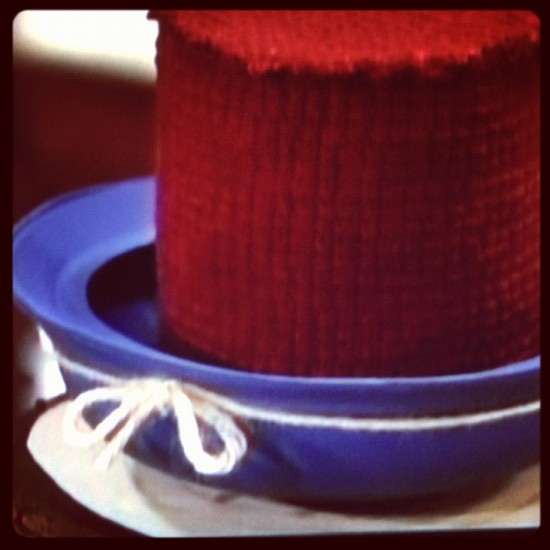 "Cranberry Sauce" made from a bathmat, a can and a toilet plunger. 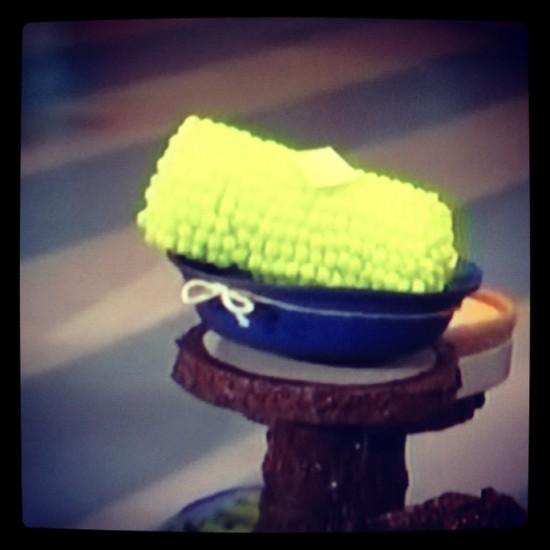 "Corn on the cob" made from a paper towel roll and yellow beads. 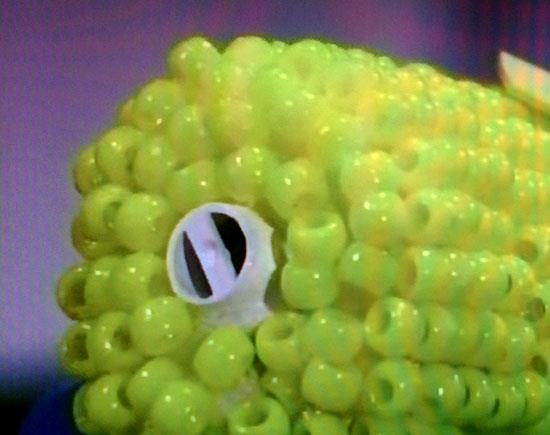 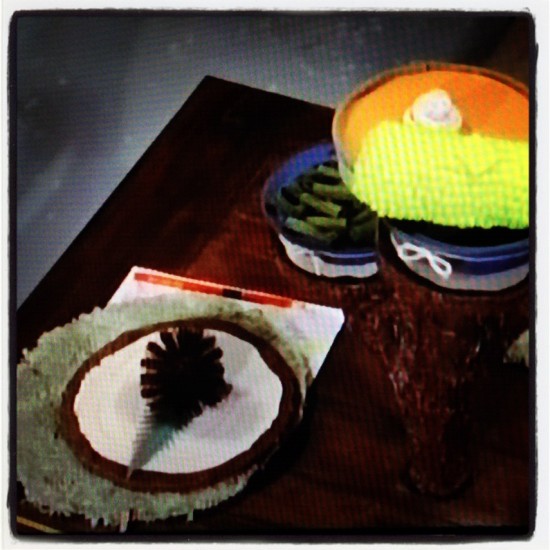 Dressing the table with a toilet brush and some felted green beans... 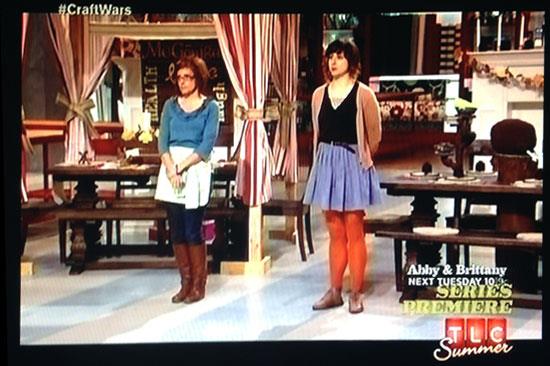 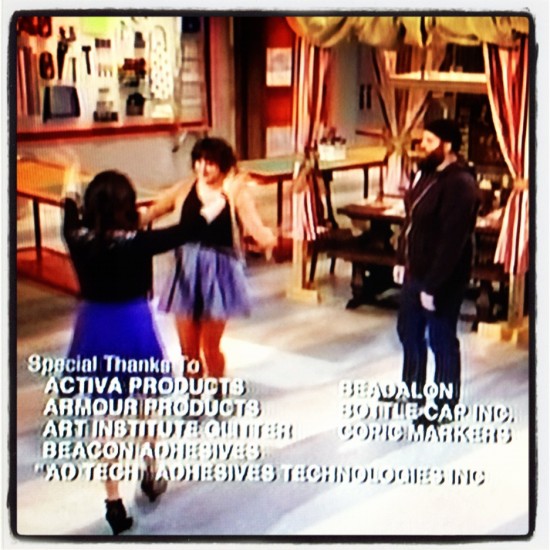