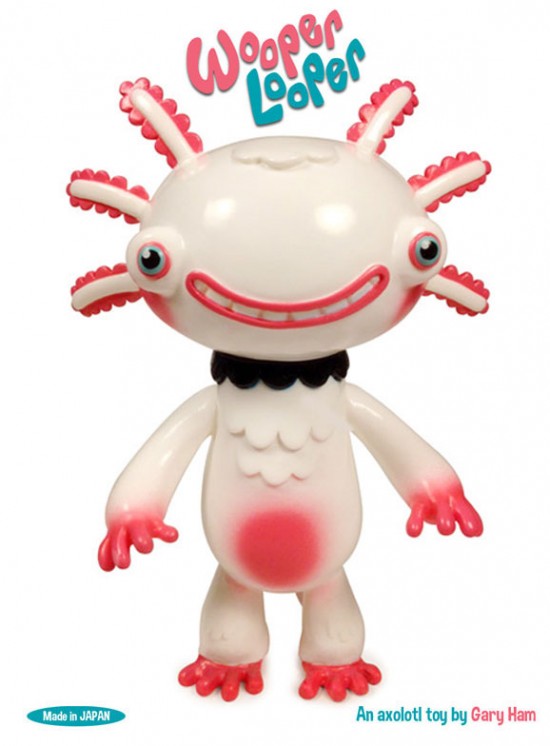 Gary Ham proves himself a real renaissance man with Comic-Con 2012 releases of Wooper Looper in many mediums. One year ago at Comic-Con, Ham displayed the Wooper Looper prototype, and I made it spin around like crazy. The compelling figure was designed by Ham, sculpted by Walter “Chauskoskis” Jacott in Mexico and produced in vinyl in Japan. FYI: An axotlotl is a neotenic salamander that can regenerate its limbs, but not its whole self. According to Wikipedia, axotlotls are nearing extinction due to urbanization in Mexico City and polluted waters. 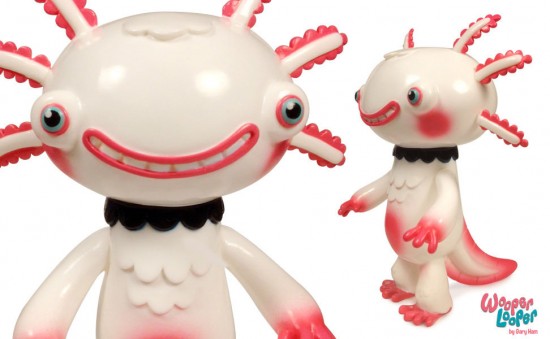 The 5.25-inch tall Japanese vinyl Wooper Looper is limited to 100 pieces at booth #4836. Ham hand-made (with his ham-hands?) all 100 header cards with a wood block.  The white and pink edition will be priced between $45-$65 with rumors of an unpainted pink Wooper Looper also available. 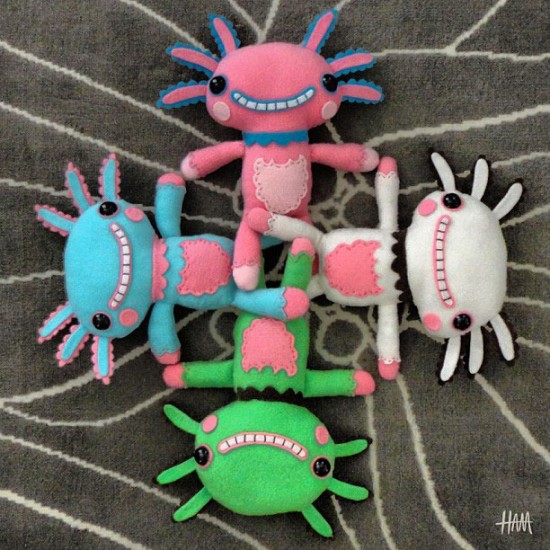 In softer news, Ham is continuing the range of Wooper Looper plushes he made for last year’s Plush-O-Rama show. He sewed the 14-inch Wooper Loopers (above) himself, and stitched each one with a number and signature on its back. Numbers 3, 4, 5 and 6 will be available during Comic-Con straight from his booth. 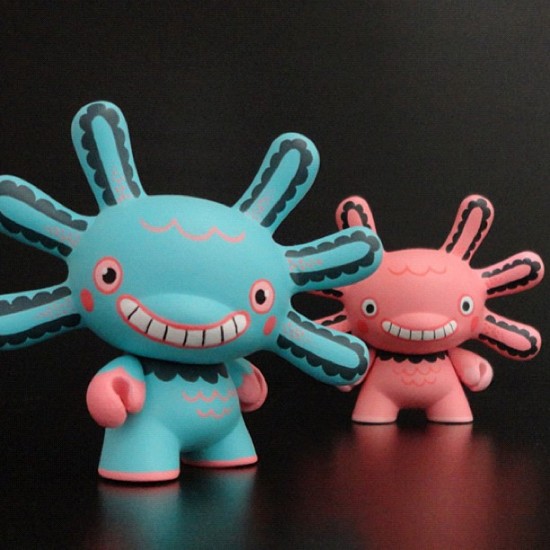 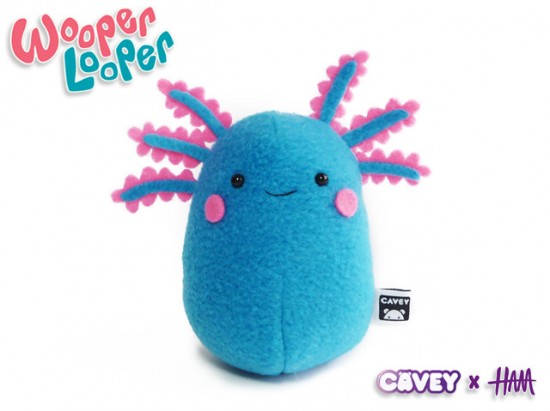 And then there was Cavey. This Wooper Looper Cavey is Ham’s collaboration with Holly “A Little Stranger” Stanway in the UK. Stanway did the stitching on these Woopers, and each one comes with a Ham header card, a glitter Cavey sticker, a black enamel Cavey badge, and a Cavey postcard all tucked into a Cavey carry bag. The Wooper Looper Cavey collabs are limited to 30 pieces, with only 10 available at Comic-Con (from Gary at booth #4836) for $45.  The remaining 20 Caveys will go live in the Cavey webstore on Monday, July 16th at 12PM PST for £28. 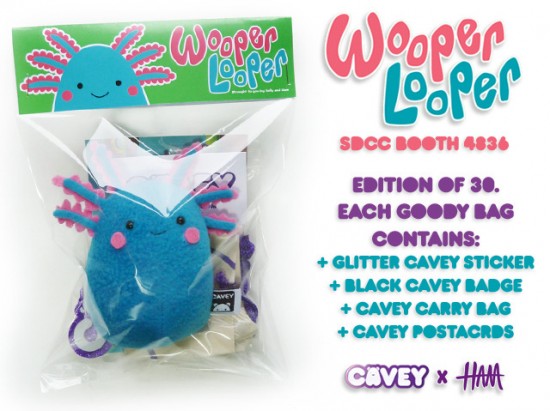 I’m totally digging this character, and I love seeing it in various mediums with different collaborators. Congrats, Gary!