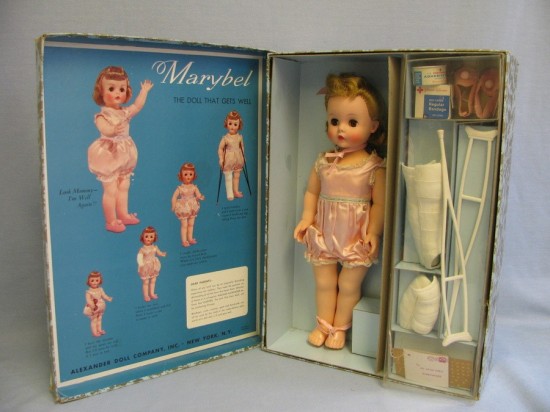 Venerable New York dollmaker, Madame Alexander, created Marybel, “the Doll Who Gets Well,” as a friend for little girls afflicted with a myriad of malaise. Marybel’s rosy cheeks, delightful curls and amber “sleep eyes” (which Alexander invented in the 1940s)  barely hinted at the hypochondriac heaven contained within the doll’s deluxe box set. 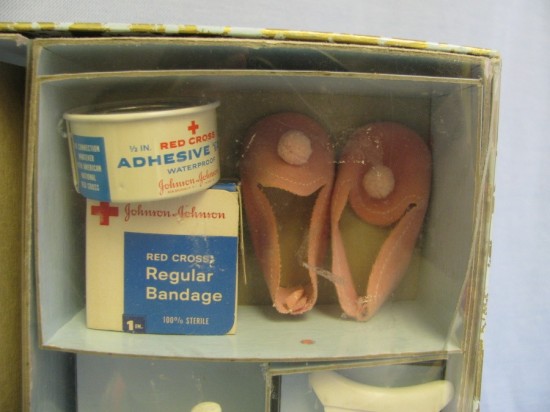 Although she had a limp, Marybel was no gimp. She stood proudly at 16 inches tall and came with an unusual endorsement for toys of the day: “Approved by leading pediatricians and psychotherapists”. Marybel’s accessories included crutches, slippers, leg and arm casts, (kinda hip) glasses, Johnson & Johnson-branded sterile scale bandages and “spots to simulate measles and chicken pox”. At the time of her release, she sold for $12.95. 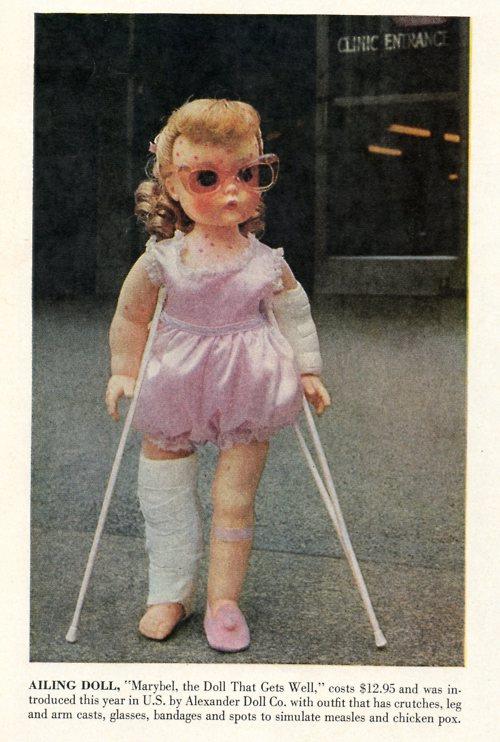 If you think Marybel is an inspiration, take a look back at Madame Alexander:

The daughter of Russian immigrants, Beatrice Alexander was born in Brooklyn, New York on March 9, 1895. She was raised over her father’s doll hospital – the first in America – and often played with the dolls waiting to be mended. Her belief in the American dream, combined with her love of dolls and their costumes, led her to start her own doll company when she was 28 years old. Within a few years she had moved her business from the kitchen table to a downtown New York City studio, later relocating to its present day headquarters in the Manhattanville section of Harlem.

In addition to inventing the aforementioned “sleep eyes” (the first doll eyes to open and close), in 1947, Madame Alexander created the first hard plastic dolls with then-new technology from DuPont™. You go girl. 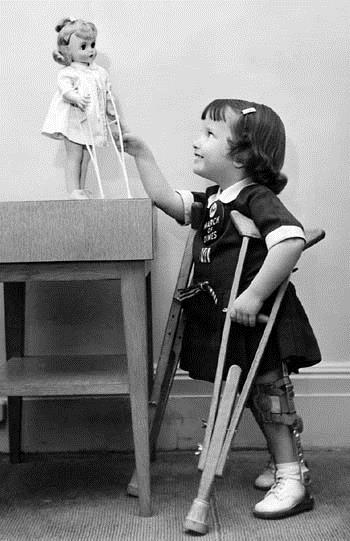 Awwwwwww…. Seriously, that’s rad. Click through for a bunch more images of Marybel, the Doll Who Gets Well, that I’ve collected from around the Interwebs. If you want to collect an actual Marybel doll, Google around: you can still find them in various states for between $150 and $300. 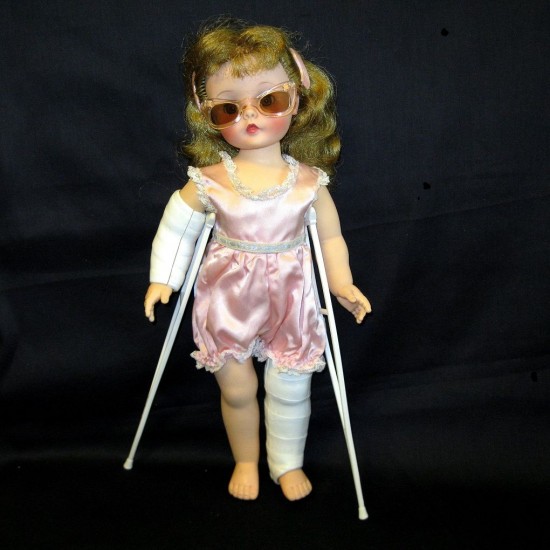 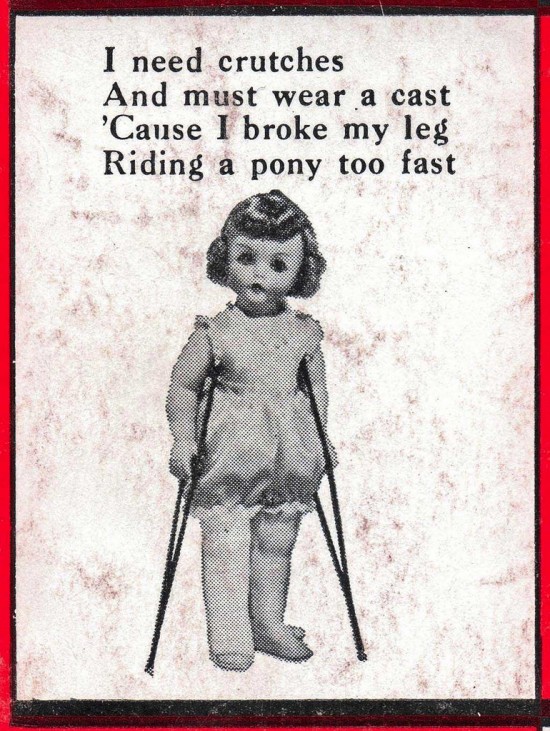 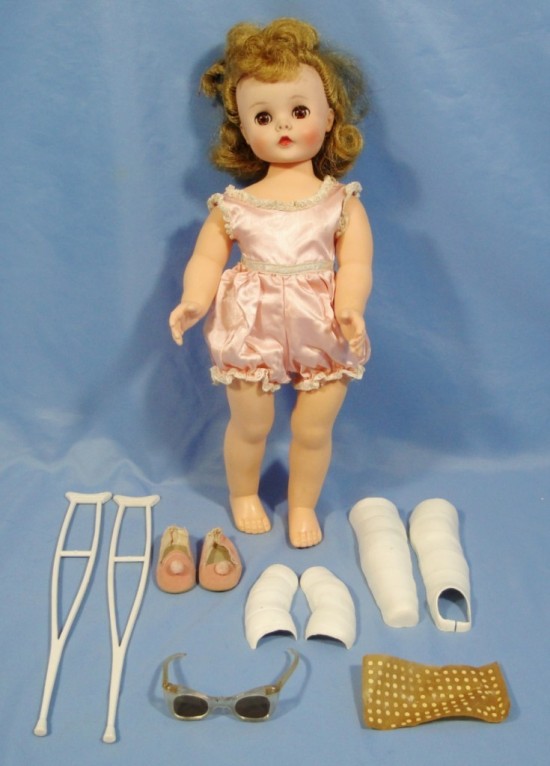 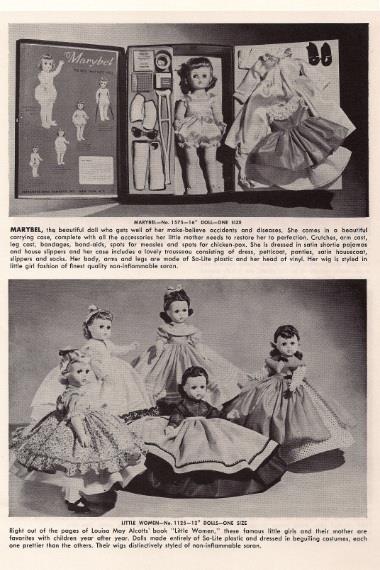 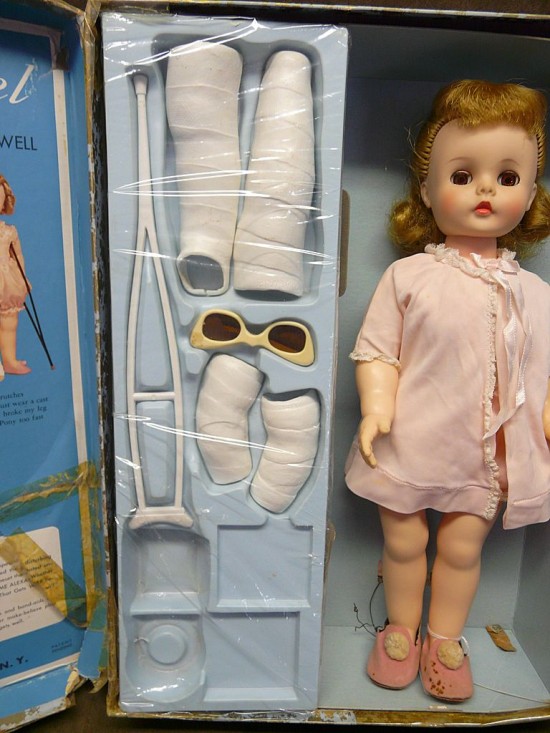 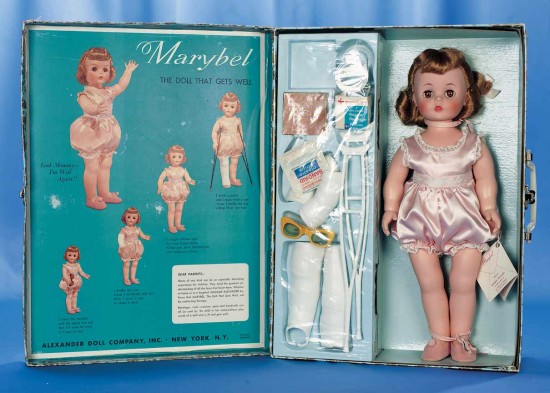 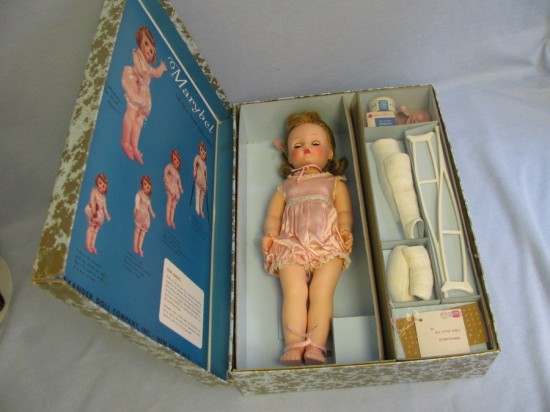