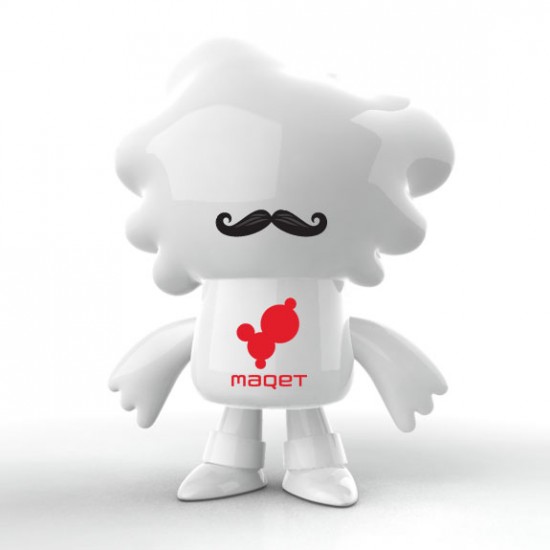 Have you ever wished you could get a blank slate and just start over? Not quite like in a Witness Protection Program or Eternal Sunshine of the Spotless Mind kind of way, but more like when your desk is temporarily cleaned off and you feel like anything is possible…? Boom: it’s DIY Bernie by Scott Tolleson x MAQET, and unlike its deviant (albeit Disney-identified) designer, it’s pure as the driven snow! 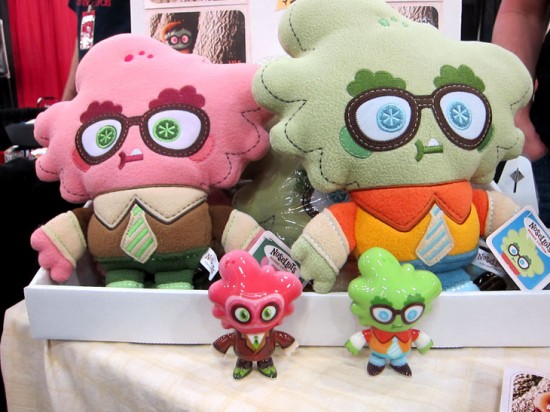 You may recall the Designercon debut of Tolleson’s Bernie x MAQET Artist Editions. The first series collection sold out quickly, while individual Bernies are still available. Tolleson and MAQET worked closely to translate Scott’s soft plush characters into resilient Plastin® collectibles, and the results have a fantastic, almost porcelain-looking appearance. 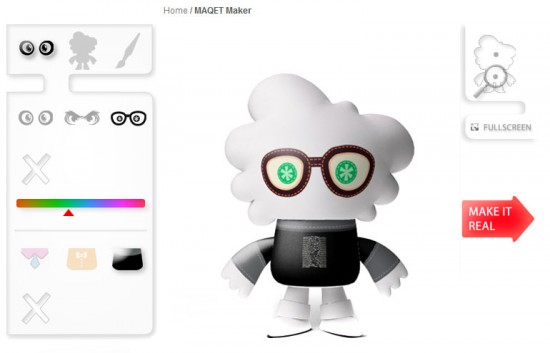 NOW, it’s our turn to see if we “take a cotton” to designing our own Bernie Cotton MAQETs! In just a few minutes, I was able to produce this green eyed, four-eyed homage to Peter Saville’s iconic (and heavily bootlegged) Unknown Pleasures album cover. As a character, Bernie is multi-faceted. As a platform, he can be whoever or whatever you want him to be. I want him to be a goth, and I’m pretty sure he listens to Joy Division. If I so chose, I could make an army of Bernies wearing all different gothic T-shirts, and I could have them descend on Disneyworld. At $30 each for a 4-inch figure, that’s what I call an affordable and adorable flash mob! 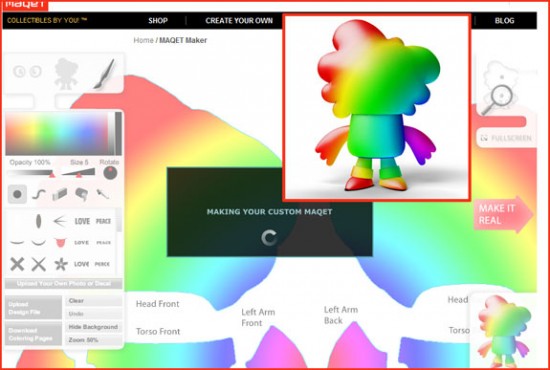 Not that I’m all doom and gloom (all the time) though.

MAQET’s founder, Keith Cottingham, engineered this rainbow Bernie mandala. It’s always amazing to see how uniquely people interpret these abstract forms. Because the ‘customization’ is done online with a fixed sculpt, the challenge (or boundaries) is to work with the form. Most people would go anthropomorphic with Bernie, but Keith chose a psychedelic talisman. I’m pretty sure that under the correct lighting and music, the pulsating Bernie below could constitute biofeedback therapy…

A set of signature Stolle graphics (glasses, argyle, the works) are in the works for those who want to personalize their Bernie in the style of The Master. Until then, give it a try. Design online in an edition as small as one, and receive the actual, physical MAQET in the mail within a few weeks. It’s a whole new way of collecting. Welcome to the future. The future is argyle.